The trouble with corrections, Atlantic edition 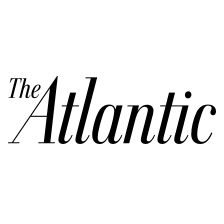 I think it was William F. Buckley, Jr. who pointed out the problem with New York Times corrections. The typical Times correction will note that an article gave the name of so-and-so’s son as Albert when it should have been given as Alfred. Buckley (if it was Buckley) observed that the problem with such corrections is that they imply everything else in the Times is accurate. Let’s call it the Buckley proviso.

Consider the case of The Atlantic. Over the weekend Steve Hayward wrote here about The Atlantic’s correction of an article by “Ruth S. Barrett.”

The Atlantic has left standing editor Jeffrey Goldberg’s account of President Trump’s alleged disparagement of deceased American soldiers based on four anonymous sources. Joe Biden repeats it as fact on occasions when he removes himself from the basement to speak at his drive-in rallies. The Biden campaign repeats Goldberg’s account as fact in paid advertising. It’s almost as though this was its intended use.

The Federalist’s Mollie Hemingway summarized the state of play on Goldberg’s account in a valuable column last week. Hemingway observed that the media just moved on from the Russia hoax to other hoaxes without looking back:

One they cling to was formed by people using The Atlantic’s Jeffrey Goldberg to filter it into a damaging story….Goldberg granted anonymity to four sources so they could claim that the public persona of Trump as a military-loving enthusiast was false. In fact, they said, he had personally chosen not to visit a World War I cemetery in France one day because he thought the people buried there were losers.

Now, as it turns out, there is contemporaneous evidence that it was John Kelly, Trump’s chief of staff and the man Goldberg and his allies intimated was behind the story, who put a stop to the trip because of weather concerns. Further, more than a dozen eyewitnesses to the meetings where the cancellation was discussed went on the record to dispute the anonymous allegations.

There was never even a scintilla of evidence put out in support of Goldberg’s charge. Yet the story entered the public consciousness, became a major theme of Democratic ads, and continues to be mentioned by Biden on the few occasions he speaks publicly.

And that’s not all. Goldberg promised that more was coming. CNN Business put it this way two months ago: “The Atlantic’s editor-in-chief says his story about Trump calling vets ‘losers’ is just the beginning.” The Buckley proviso applies in spades to The Atlantic.

2/ A story that NO ONE (as far as I know) has ever backed with on-the-record sourcing. Yet the same outlets have essentially ignored the Hunter Biden story (or covered it only from the standpoint of Rudy Giuliani and barely mentioned the actual allegations)…