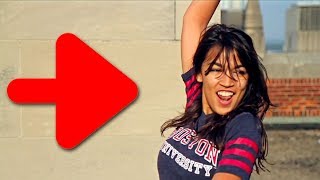 Here it is, the video of Alexandria Ocasio Cortez dancing.

Apparently she did this in college while at Boston University. I edited the video from the original and just took the scenes of her dancing and added different music.

While she looks pretty good dancing, ultimately her Democratic Socialist policies will fail. Why, because theft is immoral and to make things “equal” and “fair” and free, that means you have to steal from someone else.

Maybe Alexandria Ocasio Cortez should have just stuck to dancing instead of deciding to be just another socialist member of congress.