The Libertarian Case for Trump 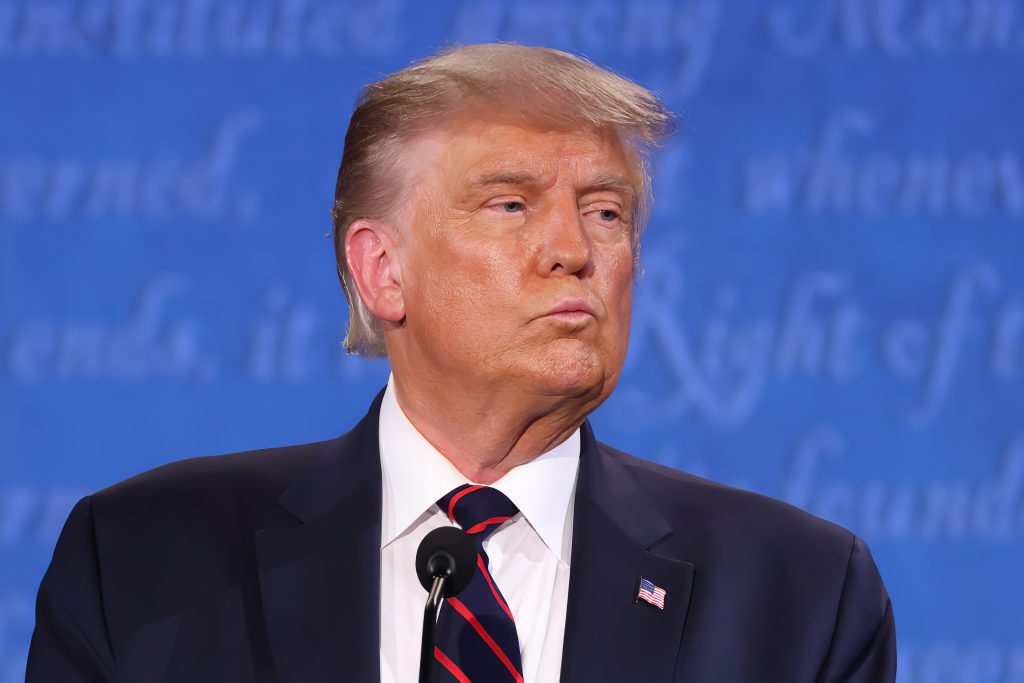 Have no fear, libertarians. Voting for Trump’s reelection is not “choosing the lesser of two evils.” It is choosing liberty over tyranny and rejecting the snooty universalist libertarians who support Biden.

Extremely briefly, some autobiography. I just voted to reelect President Donald J. Trump after not voting for him in 2016. I left the presidential box blank on my ballot four years ago, even though I had voted for Libertarian Party presidential candidates in 2012, 2008, and 2004, as far back as I have been old enough to vote. I was too timid and ill-informed on the ethics of voting to cast a ballot for Trump in 2016, but now there is a clear and easy choice, and I will make it happily.

Other libertarians seem to see a clear choice this election cycle as well—though Biden is their pick. One sixth of Reason Magazine’s staff is made up of Biden supporters, while just one in 24 staffers said they’d quite reluctantly vote for Trump. Still, nearly half will vote for the LP’s Jo Jorgensen, while nearly a third won’t vote.

Funnily enough, Reason’s criminal justice reporter is voting for Biden. One of the magazine’s senior editors, who hates Ron Paul, won’t vote and hasn’t voted since 2008 when she cast her ballot for Obama, which she doesn’t regret. In a time of fast-changing definitions, as of this writing, the Oxford dictionary still defines reason as “the power of the mind to think, understand, and form judgments by a process of logic.”

Before we compare and contrast Trump and Biden on the top libertarian issues, let’s set something straight about voting for Jorgensen. It’s crude to call it a wasted vote, but it is essentially a protest vote, so it is indeed on a different plane and serves an alternative end.

There are really two distinct choices for president this year, yet many libertarians will decry “choosing the lesser of two evils.” This is a fallacious construct. Just because a negative or evil effect flows from an action does not necessarily make that action evil. Not much could be done for liberty if that were not the case.

The principle of double effect helps clear this up. Obviously, there are many non-libertarian and anti-libertarian aspects of how either candidate would govern. But as long as none of those negatives are actively pursued by the voter as immoral means to libertarian ends, and as long as the good results outweigh the negative ones, then the vote is not an evil one.

Only a vote for Trump passes this test. That doesn’t make him an angel, but just take the issues one by one in contrast to Biden’s positions.

On defending private property, Trump’s record is more libertarian than Biden’s. Small businesses have suffered or been destroyed by arson, looting, and other forms of “mostly peaceful” protests, which would seem vindicated by a Trump loss. Not to mention that the Covid-19 lockdowns, stay-at-home orders, and mask mandates are championed by Biden and his supporters.

On the family, Trump is much stronger on school choice than Biden, floating the idea that federal funding for closed schools ought to go directly to the parents and students. Trump also ended Title X funding for abortion providers like Planned Parenthood and revived the Mexico City policy, which denies funding to any international organization that deals in abortion services.

Foreign policy under Trump has been tamer than under Obama, Bush, or Clinton, but it’s also lamer than what libertarians dream of. However, Trump’s pick to be the next ambassador to Germany is retired U.S. Army Colonel Douglas Macgregor, a supporter of the Ron Paul Institute and fierce critic of U.S. interventions. The president also nominated William Ruger, a non-interventionist, to be ambassador to Afghanistan to help end the nearly two-decade war. Yes, Trump should end the war with a stroke of his pen, but if he feels this appointment is necessary first, then why deny him that?

Meanwhile, Biden is backed by the War Party establishment. Kamala Harris brags about it.

Another top issue is auditing the Federal Reserve, which Trump tweeted support of in 2016 but has failed to fulfill. Along with the record debt increases, this may perhaps be the greatest letdown of the Trump era so far. Still, the president has nominated gold standard defender Judy Shelton to the Fed board. He also manages to expose the fiction of Fed independence from time to time, which could only arise from an adversarial relationship that Biden or Harris won’t likely bring.

The Biden-Harris ticket all but promises to pack the Supreme Court, abolish the electoral college, and destroy the rest of the dwindling remnants of federalism. Trump is often called a wrecking ball, but a Biden presidency stands to actually live up to that image.

Libertarians who seek to root out statism at the federal level have more to hope for in a Trump presidency than any administration in the modern era. That may not be saying much, but it’s true. Just one other piece of evidence is Federal Housing Finance Agency Director Mark Calabria, whose knowledge of free market economics is being put to good use, to the horror of the media.

In 1992, Murray Rothbard endorsed President George H. W. Bush against the challenger Bill Clinton, in order to “hold back the hordes for another four years.” Rothbard admitted it wasn’t a “soul-satisfying” thing to do, when he would rather be “launching a counter-revolution in government, in the economy, in the culture, everywhere against malignant left-liberalism.”

“When oh when do we get to start?” Rothbard lamented.

A second Trump term is as good a time as any.

Nick Hankoff is a writer, editor, and host of a podcast at nickhankoff.com, where his other writing for the Ludwig von Mises Institute and the Advocates for Self-Government can also be found. He lives in Fort Wayne, Indiana, with his wife and their three children.