Trump warns election rioters, looters ‘will be prosecuted to the fullest extent’ 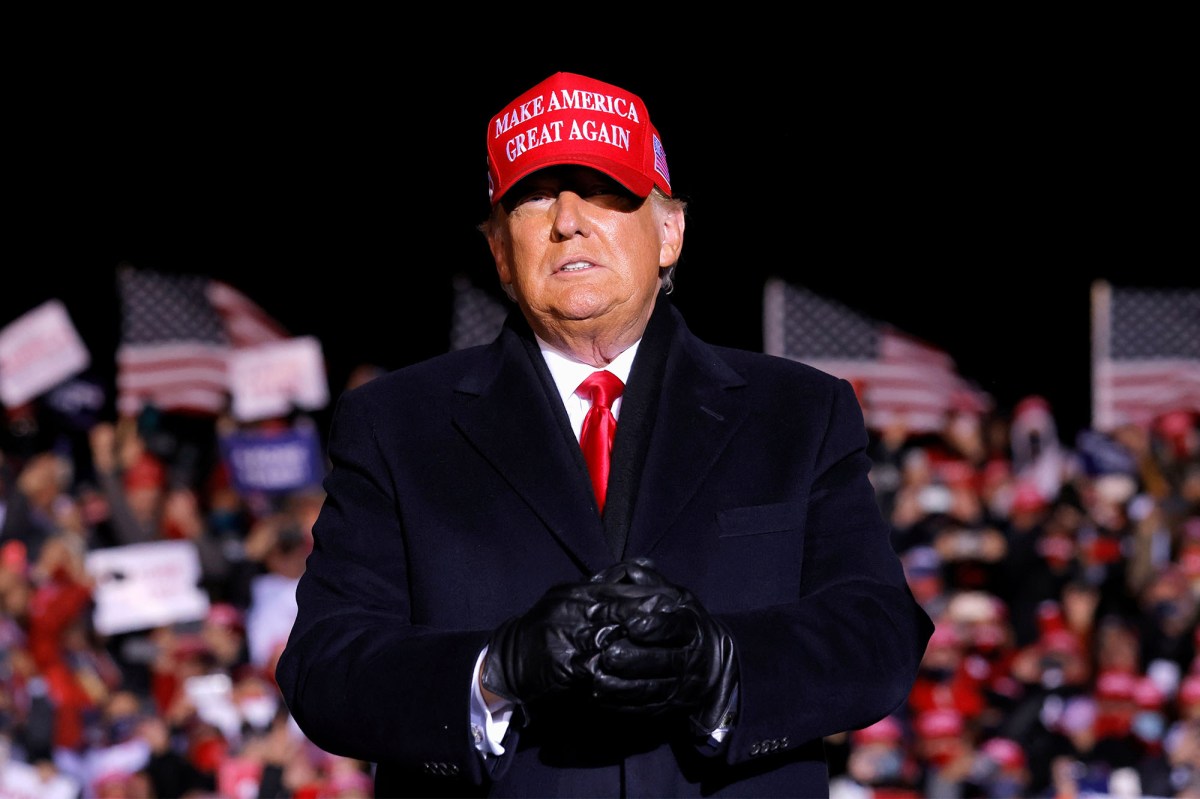 President Trump on Monday night issued a stark warning to potential protesters of Tuesday’s election results, declaring that “rioting, looting and arson will be prosecuted to the fullest extent of the law.”

Trump delivered the warning in riot-torn Kenosha, Wisconsin, during his fourth of five election eve rallies in swing states — and as businesses in DC, New York and other cities boarded windows.

“As I’m sure you’ve heard, [Democratic candidate Joe] Biden’s far-left supporters are threatening to loot and riot tomorrow if they don’t get their way,” Trump told thousands of supporters.

The president likened his warning of harsh punishment to his June executive order encouraging stringent enforcement of a federal law that carries up to 10 years in prison for defacing monuments. He said that threat scared people out of doing so.

“So rioting, looting and arson will be prosecuted to the fullest extent of the law, I’m just telling you that right now,” Trump said. “I hate to see where they put boards up on a window. This shouldn’t be that. It shouldn’t be that. … We are a country of law and order, we have to be and we are.”

Trump added: “I hate to say it, but it’s true… these are Democrat mayors and governors, these are Democrat-run cities and states. They’re the ones, if you look at New York and Chicago, and how about Portland, which is anarchist.”

Trump predicted a sweeping re-election victory, though he said he expected results in swing-state Pennsylvania to be delayed due to counting of mail-in ballots, which the state Supreme Court allowed to be received by election offices through Friday, even without legible postmarks.

Most swing-state and national polls show Trump losing to Biden, but the president has told packed rallies in the closing stretch that “silent” supporters will again deliver him victory, as they did in 2016.

Biden broadly condemned protest violence during a campaign stop Monday in Cleveland, Ohio. “Protesting is not burning and looting. Violence must never be tolerated and it won’t. But these protests are a cry for justice,” he said of anti-police brutality protests following the May killing of George Floyd by Minnesota police.

Many businesses in Kenosha were burned and looted after police shot and seriously injured Jacob Blake following a struggle in August.