Column: Biden-Harris Is a Socialist Ticket

On the night before Halloween, Senator Bernie Sanders tweeted a video of a socialist sermon he delivered to “The Squad” of new socialist congresswomen, touting a “Green New Deal” and the banning of private health insurance with a “Medicare for All” system. Their goal is to make Biden the most socialist president imaginable, or in safer terminology, “the most progressive president since FDR.” 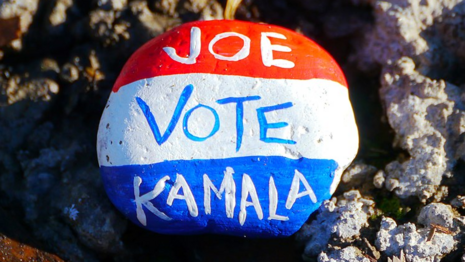 So it was comical that the “independent fact-checkers” at PolitiFact would throw a big red “False” flag at President Trump for saying “Socialism is the mainstream of the Biden campaign, and it’s not the mainstream of America.” PolitiFact’s Amy Sherman insisted  “Biden and Harris reject Trump’s socialism label.”

Like every other Democrat, she complained “Republicans have used the socialist label to attack Democrats and their policies for decades, including over programs such as Medicare or Social Security that ultimately became popular on both sides of the aisle.” Democrats are betting they can keep socializing the economy while denying the S-word.

This defense is fascinating, since PolitiFact has allowed leftists to call Trump a “fascist” and a “Nazi” and a “dictator” pretty much daily without getting out their little red pencil. CNN’s Brian Stelter had to put a nut on national television who claimed Trump would be more murderous than Hitler, Stalin, and Mao combined for them to do a “fact check” that resembled a Trump defense.

Sherman insisted “Socialism refers to a government takeover of industry, and Biden has not called for that. Experts say his positions on health care, energy and other areas are those of a moderate Democrat, not a socialist.” What would these people do without “Experts” to endorse their liberal views 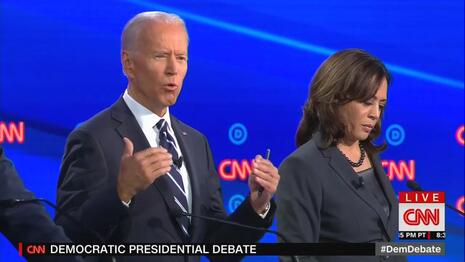 This exercise in PolitiFact spin control ended with “There’s no support for the claim that Biden wants the U.S. to be like Cuba or Venezuela. We rate this claim False.” But Biden made a “unity” platform with Bernie Sanders, who strenuously resists being pressed to say bad things about Cuban or Venezuelan socialism.

Skip over Biden’s speech on July 9 in which he said, “It’s way past time to put an end to the era of shareholder capitalism — the idea (that) the only responsibility a corporation has is to its shareholders.” PolitiFact was there to protect Biden from criticism of that claim, too. Facebook users published posts in response saying that Biden’s loose talk is a threat to people’s retirement investments. PolitiFact insisted those comments were “Mostly False” — clearly to curb conservative Facebook messages.

PolitiFact ended the fall campaign by flagging Trump as “Mostly False” or worse on 52 occasions in September and October. By contrast, they managed just one “Mostly True” for the president, and nothing ranked “True.” His running mate Mike Pence was slammed with one “Pants on Fire,” three “False” scores, and one “Half True.”

The notion that PolitiFact is a trustworthy site for your “fact checking” needs is preposterous, unless what you’re looking for is badly disguised Democratic Party evaluations of where the candidates stand. Socialism is in the mainstream of today’s Democrat Party, and the Biden-Sanders “unity” platform underlines Biden-Harris is a socialist ticket.