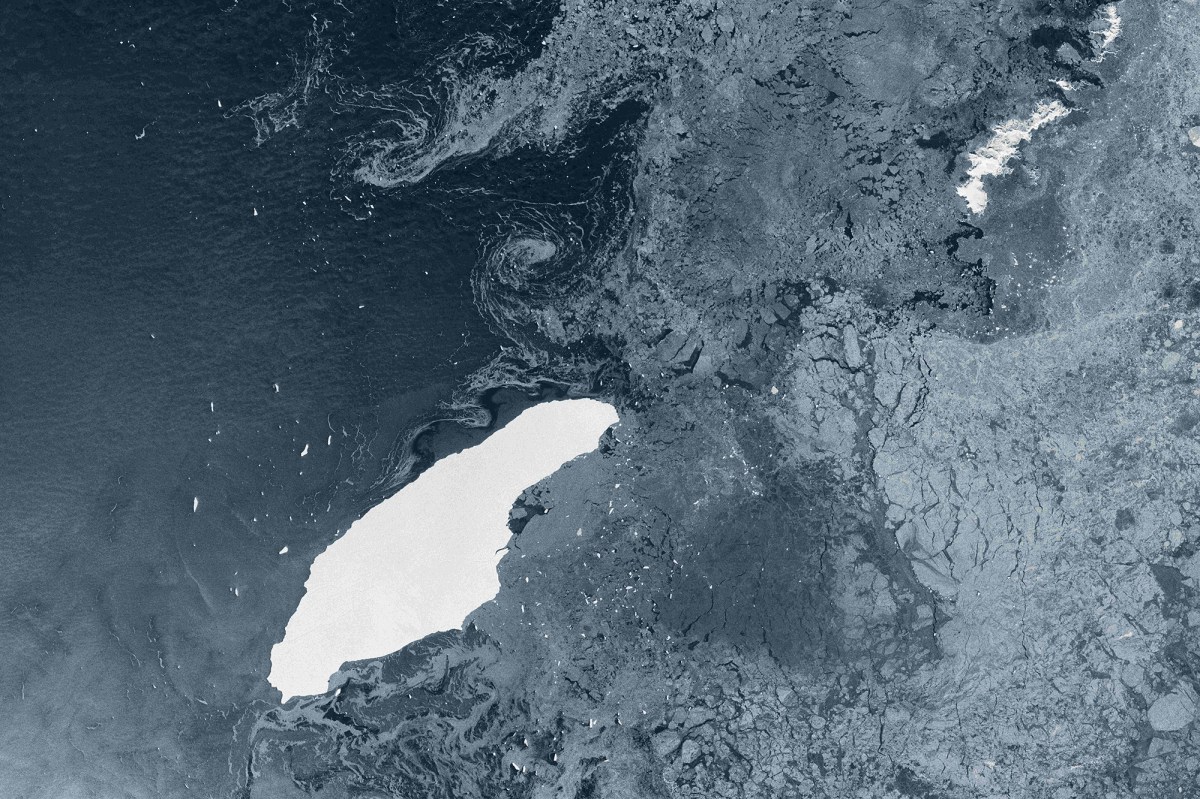 An iceberg the size of Delaware is on a collision course with a remote sub-Antarctic island — and it could have potentially devastating consequences for the wildlife there.

Scientists fear that the massive berg, named A68, will endanger the thousands of penguins and seals that inhabit the island of South Georgia, a British overseas territory.

At the rate its traveling, it could take just 20 to 30 days for the giant ice cube to run aground near the island.

This would potentially block the animals from reaching food supplies to feed their young, thereby threatening the survival of seal pups and penguin chicks, Agence France-Presse reported.

“If they have to do a big detour, it means they’re not going to get back to their young in time to prevent them starving to death in the interim,” said Professor Geraint Tarling, an ecologist with the British Antarctic Survey.

Tarling added to AFP that: “Global numbers of penguins and seals would drop by a large margin.”

The berg has been floating north since it broke off from the Larsen C ice shelf in July 2017, according to the Antarctic Survey.

At this point, it’s about 93 miles long and 30 miles wide — or about 80 times the size of Manhattan.

Its exact trajectory is hard to predict.

There’s a chance it could move around South Georgia and head into warmer waters, where it would break apart much faster, said Andrew Fleming, also from the Antarctic Survey.