Suddenly, all the Democrat-run swing states need to stop counting ballots for awhile 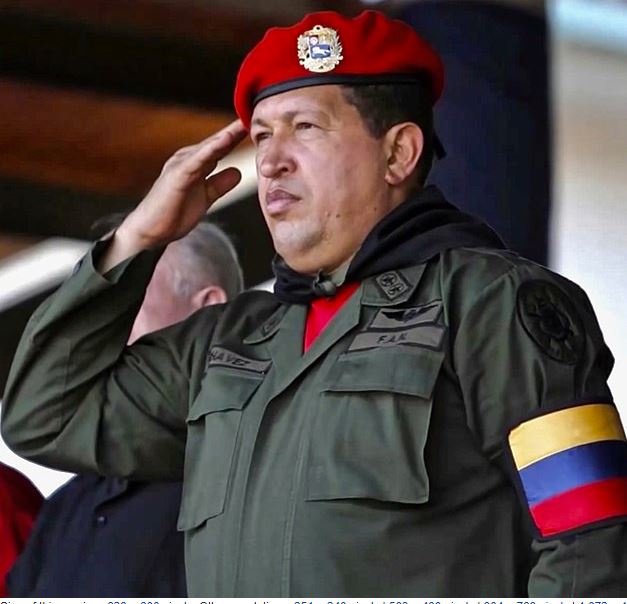 Is the U.S. on track to see its first election utterly stolen in front of its eyes? The way Venezuela’s Hugo Chavez used to do it in the face of huge, huge enthusiastic crowds protesting against him back in Caracas?

Michigan, too, needs some extra time to count the ballots. And so does North Carolina. And so do all of the states where Trump was running ahead — Pennsylvania, Georgia, Michigan… The counting suddenly shut down. Arizona went down a suspicious 90 minutes before the announcement that the state had flipped to Biden.

Mark Steyn has some brutal observations here, emphasis mine.

2.40am The President entered to the familiar strains of “Hail to the Chief”, which seemed very consciously chosen. His remarks were brief, but this line struck me:

I said, ‘What happened to the election?’ ‘It’s off…’ All of a sudden everything just stopped.

Indeed. The election special mysteriously ground to a halt. Trump could reasonably have expected to be giving his victory speech right now, had not Pennsylvania, Georgia, and North Carolina all decided to have an early night and resume in the morning, or afternoon, or next Tuesday.

There is great peril in that.

In the past, every state counted their ballots and announced them well before sun-up. That’s how elections have always been done. And most states did do it that way, producing the expected Trump victories, the votes for a booming economy against an old doddering, extremely corrupt, and tax-hike promising candidate who can’t attract two dozen people to a crowd. All signs in fact, showed a wave of Republican victories, from gas prices below $3 a gallon to forecasts from always-right prognosticators.

For the Democratic swing states the early vote totals were just the heads up on what it would take to swing the election from their side toward Biden. If Trump was ahead in their states, too, same as Florida, all of a sudden, they needed … time.

Time alone with the ballots, away from prying eyes, so that what they bring forth would, coincidentally of course, be a slew of all Biden ballots in every single case. Funny how the urban areas, closest to population centers that ordinarily vote blue, always get counted last. Easy to duplicate the ballots when they all vote alike.

Thomas Lifson noted that in Pennsylvania’s case, they were caught on record as saying they wanted to keep the observers out. Hugo Chavez kept observers out, too, having Jimmy Carter to vouch for him. The Carter Center’s report of Chavez’s first likely stolen election, the recall referendum of 2004, proclaimed that all was free and fair … with the minor exception of “what went on in the totalization room.” It was like mostly peaceful riots, see.

Any questions as to why Trump in Florida won the Venezuelan-American vote?

Chavez used electronic voting machines to enact his electoral fraud, flipping numbers electronically. But he is far from the only comparison.

In California, ballot harvestors went to voters’ homes, letting them know they knew where they lived, and then “helped” them fill out their ballots, turning in ballots and turning in ballots, well after the election until they got the result they wanted. Now we see the phenomenon of normal states counting and announcing their results and Democrat-run swing states using that information to calculate how much they would be needing to cancel it out.

It’s scary stuff, and obviously, President Trump is going to take it to the courts. There ought to be new elections ordered with bipartisan observation and absolute transparency, based on this utterly suspicious pattern of behavior in these states. Suddenly stopping the counting while Trump was ahead, and needing “time” stinks of voter fraud and stolen elections on a very wide and scary scale. As Mark Steyn noted: “Belarus.”

This is ugly stuff, the same thing that happened in California in 2018, when ballot harvesters flipped all of conservative Orange County for the left. The price was a loss of confidence. And it was one reason people began fleeing the state. Same as Venezuela, same as Belarus. Could it really happen here? Well, the Democrats tried riots to beat America into submission. They tried spying on the presidet, they tried phony impeachment. Some of them are big admirers of Chavez and his ways, too. They’re more than capable of fraud, and in some of these places, they’ve engaged in fraud for years. And if and when it happens, kiss our republic goodbye.