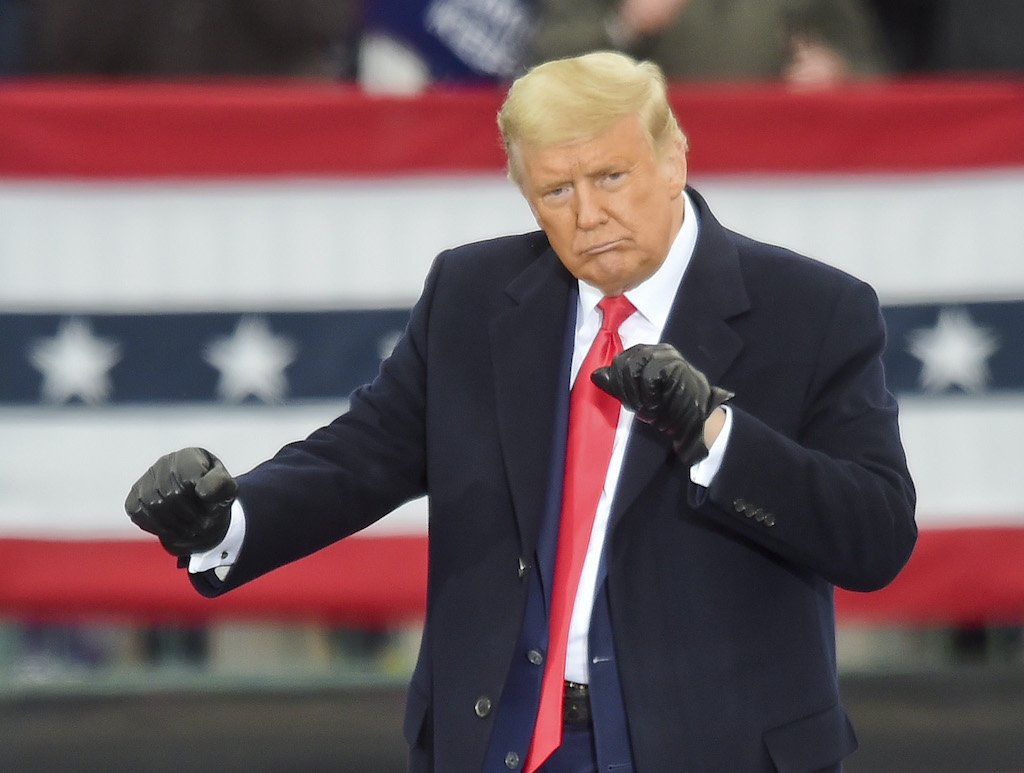 An election night conclusion is denied to the American people.

“I’ve been saying this since the day I heard they were going to send out tens of millions of ballots,” President Trump said early Wednesday morning from the White House. “They’ll take us to court.”

“Florida was a tremendous victory,” Trump said. “Texas, as we see. Ohio.” On that, it was as fair a synopsis as any. “By the way, it’s going to take time to count the votes,” former Vice President Joe Biden said late Tuesday night. “We’re going to win Pennsylvania.” Biden said: “We’re going to have to be patient.”

“He’s not talking about disenfranchising anybody,” former White House chief of staff Mick Mulvaney told Fox News Wednesday morning. The Republicans merely want to make sure everything is done “above board,” Mulvaney asserted, with “no shenanigans.” Mulvaney then cited the precedent of the 2008 Norm Coleman-Al Franken race for Senate in Minnesota, where “somehow they managed to keep finding boxes of ballots.”

The U.S. was denied a clear conclusion to a harrowing, pandemic year election on Tuesday— and Joe Biden was denied the romp many had touted and predicted for him. Large swaths of major American cities, including Washington, remained boarded up and on edge— with local authorities projecting violence en masse if Trump were to somehow secure a second term.

As of Wednesday morning, Trump leads in Wisconsin narrowly, with ninety-seven percent of votes reported— an astonishing polling error in a state where most pollster had the president down by as much as double digits. Trump also leads in Michigan by a half a percent, with seven-eights of ballots counted. Trump looks down in Arizona, by five points, with over eighty percent of votes reported.

Clearly, some Democrats are smarting. Former Obama official Van Jones, who famously called the 2016 election a “whitelash” said of the 2020 results so far: “I think there’s a lot of hurt out there. There’s a moral victory and then there’s the political victory. They’re not the same thing.”

Trump, however elliptically, claimed absolute victory, as had been feared by his critics.

“We will win this,” the president said. “And as far as I’m concerned— we already have.” The president appears to have held on in Ohio; he leads in North Carolina; he is ahead in Georgia. With two-third of votes reporting, Nevada is within a percentage point. Trump won Iowa.

On the Senate side, the prospects — whatever becomes of the White House — of preserved Republican control remained very much alive. Mitch McConnell, the majority leader, was sent back by Kentucky for yet another term. Iowa senator Joni Ernst was re-elected. Steve Daines triumphed in Montana against popular former governor Steve Bullock, a presidential candidate this cycle. Expected defeats for the right were tabulated, with Cory Gardner in Colorado sent packing in favor of John Hickenlooper, and Arizona voters likely ousting Martha McSally.

The road ahead is fraught with peril for an anxious nation with a waning faith in its own electoral processes, once considered the global gold standard. There is the potential that ballots in the Upper Midwest states that Trump flipped in 2016 — Wisconsin, Michigan and Pennsylvania — could be tabulated for days.

There is the potential that the election could be thrown to the Supreme Court, where Trump has installed three justices, roiling the left. When all is said and done, the finish could be closer than last time, when the 45th president won the Midwestern trio by under a hundred thousand votes total.

Democrats were chastened but chomping at the bit to finish the fight Wednesday morning. And Trump and Republicans were spun out, but superstitious that perhaps Trump had done the impossible again.