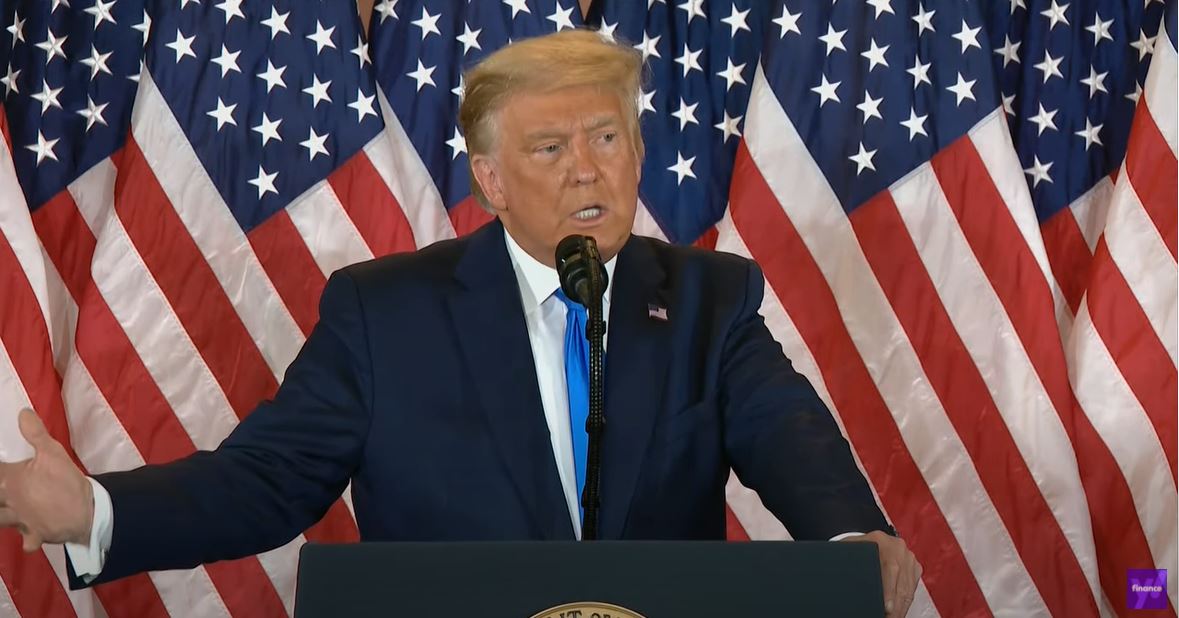 First that the race is even this tight speaks to disturbing number of Americans who are woefully uninformed. Second, Fox News has gone over to the dark side, or, rather, the left. And third, the level of coordination to make this race close is stunning.

That the senile and corrupt Joe Biden could finish so strong speaks to either the gullibility or unseriousness of far too many Americans. Biden obviously has mental acuity issues and has a history of corruption, but that did not seem to be a big deal to the Americans who voted for him.  I guess the probability of more lockdowns are lost on a number of Americans who are more frightened by the Wuhan virus than the probability of America becoming a socialist, if not communist, nation under a Biden presidency.

Speaking of a Biden presidency, if he were to win, odds are he would not finish out his first term. Vice President Kamala Harris would become president, a person who dropped out of the Democrat primaries before a single vote was cast based on her lack of voter support, and a politician who is one of the most leftist senators. So the people who squandered American freedom and prosperity for safety or because they don’t like Trump’s personality, are basically voting for a figurehead, to be replaced by guess who. Either these voters are oblivious to this fact or they simply do not care.

Biden voters also are either unaware of his past associations with racists and his stand against integration through busing or they think it’s not a point of contention. And the same goes for his pay-for-play schemes with Ukraine, China, and more, as revealed by son Hunter’s laptop. Now granted , the corporate media and big tech teamed up to squelch these revelations, but the information could be found if one did one’s due diligence before casting a vote. Trump certainly mentioned Biden’s corruption in every single one of his rallies in the last few weeks.

Fox News should be forever viewed by conservatives as the enemy. Its early calls for states for Biden that had not finished voting such as Arizona and Virginia and their slow–walking of states which Trump decisively won like Florida, Texas and Ohio, was an absolute disgrace.  By sitting on the results of states like Georgia and North Carolina, states that, of this writing, showed Trump with narrow leads with 99 percent of the precincts in, Fox allowed Biden to gain momentum while slowing Trump’s dominance. It looks like the influence of RINO Paul Ryan as a Fox Corporation board member and the legacy of analyst Bill Sammon (Fox News VP Politics) resulted in a psy-ops (psychological operations) campaign against conservative morale. Tucker Carlson, Laura Ingraham, Sean Hannity and Lou Dobbs should go to other networks rather than being associated with this betrayer of its conservative audience. Fox News should be shunned by all conservatives from this day forward and they should throw viewership to OANN (One America News Network) and Newsmax.

States like Wisconsin, Michigan and Pennsylvania declaring they need more days to count their votes also raises the specter of voter fraud. Globalists, corrupt voting officials and the deep state are most likely in on this skullduggery. Through this coordinated effort, along with the media, the race is close and the stage is set for either stealing the election for Biden, civil unrest, or both.

2020 will go down in history as one of the most tumultuous years ever. It only makes sense that this election result punctuates this distinction.

The soul of America is literally on the line in this election and as always, it will be up to the prayers and efforts of patriots to see us through.  Pray and fast as needed because God’s mighty hand and intense scrutiny by Trump officials will be needed to thwart any cheating in the days to come.

Dex Bahr is the author of the book, No Christian Man is an Island. He is a freelance writer.