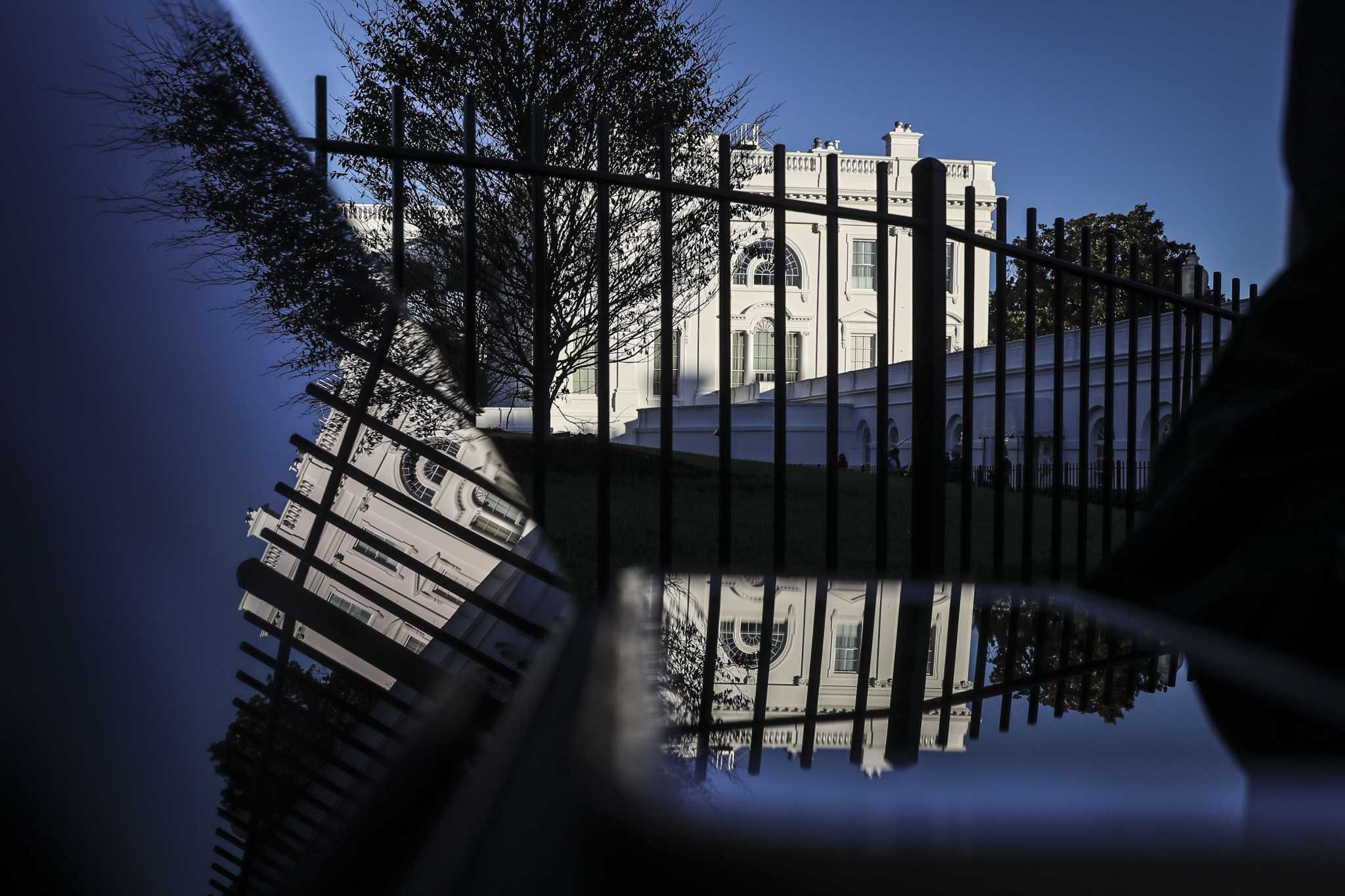 WASHINGTON – When Donald Trump narrowly won Wisconsin in 2016 to clinch the presidency, he carried 23 counties that had previously voted for President Barack Obama. But when Joe Biden was projected on Wednesday to put Wisconsin back in the Democratic column, he was on track to pry back just two of them: Door and Sauk.

That pattern extended to Michigan and other battleground states, with Biden building upon Democrats’ dominance in urban and suburban jurisdictions but Trump leaving most of exurban and rural America awash in red.


The urban-rural divide illustrates the pronounced polarization evident in preliminary 2020 election results. The split underscores fundamental disagreements among Americans about how to control the coronavirus pandemic or whether to even try; how to revitalize the economy and restore jobs; how to combat climate change or whether it is an emergency at all; and the roles of morality, empathy and the rule of law in the body politic.

Biden is on track to comfortably win the popular vote, and even if he amasses a majority in the electoral college to become the nation’s 46th president, he would lead a bitterly divided country, having fallen short of the resounding repudiation of Trump that many political strategists believed was necessary to extinguish the political fires he has lit.

Indeed, Republicans who yielded their identity as a political party to Trump appear to have won affirmation from some voters. The GOP was poised to maintain its slim majority in the Senate and to gain seats in the House, leaving Democrats with a narrower majority in that chamber.

That leaves the nation potentially heading toward a period of entrenched partisan warfare even as it is battered by crises.

“This is a democracy at full work, but clearly very divided,” said Jim Doyle, a former Democratic governor of Wisconsin. “We are clearly very, very divided by cities and rural, we’re very divided by race. Just look at Wisconsin’s map. And we can’t just be demonizing each other. This is a challenge of leadership that has been building for some time.”

Should the Democratic nominee prevail, Doyle said, “Joe Biden has to rise to the occasion almost to FDR, as a Democrat might say, or to Reagan, as a Republican might say, proportions. Half the country are not horrible, racist, mean-spirited people who are different from everybody else. It can’t be. And roughly half the country voted for Trump.”

Biden on Wednesday acknowledged the challenges he could face.

“It’ll be time for us to do what we’ve always done as Americans, to put the harsh rhetoric of the campaign behind us, to lower the temperature, to see each other again, to listen to one another, to hear each other again, to respect and care for one another, to unite, to heal, to come together as a nation,” Biden said in remarks Wednesday afternoon from his hometown of Wilmington, Del.

“I know this won’t be easy,” Biden added. “I know how deep and hard the opposing views are in our country on so many things. But I also know this as well. To make progress, we have to stop treating our opponents as enemies. We are not enemies. What brings us together as Americans is so much stronger than anything that can tear us apart.”

Some Democrats believed the pandemic and economic recession might have shaken some voters out of their partisan silos, but that did not pan out as Biden clung to narrow leads in a number of battleground states. He also lost ground in Florida relative to 2016 Democratic nominee Hillary Clinton’s performance against Trump.

“These divisions are deep, but in part they reflect political choices made over a long period of time,” said William Galston, chair of the Brookings Institution’s Governance Studies Program. “We have it in our power to begin to turn this vicious cycle – and it is a vicious cycle – into something more virtuous.”

Galston said Trump has benefited from his and his administration’s “relentless focus” throughout his four years in office on appealing to rural and exurban voters “and making it clear that the president understands their interests to be divided from the interests of other parts of the country. There was not a day of unifying rhetoric in the past four years. And Biden was unable to overcome that.”

“Let’s stop pretending that it’s ‘economic anxiety,’ ” Belcher said. “That ugliness is about tribalism. . . . Many of the most hotly contested states are ground zero of the [demographic] changes happening in America: Florida, Georgia, North Carolina, Texas, Arizona, Nevada, Pennsylvania, Michigan. Where this battle is hottest is where diversity is greatest.”

The early returns laid bare the limits of Trump’s appeal and the political cost for a party that allowed itself to be consumed by him. That process began when Trump thrilled many White Republicans by challenging the legitimacy of the first Black president with a lie about his place of birth, and it culminated four years ago with his defeat of Clinton.

Trump’s presidency, while scandal-plagued and animated by his own instincts and feuds, seemed to herald a Republican revival. The party packed the federal judiciary with conservatives, including three justices on the Supreme Court; reversed environmental and other regulations that restricted industry; and slashed taxes on the wealthy and corporations.

Still, there is now a lack of clarity about what it means to be a Republican. The party has no common set of facts or an agreed-upon agenda other than supporting Trump. The party’s official 2020 platform shrunk to a brief resolution that assailed the news media and heaped praise on the president.

Some veteran Republicans said Trump’s polarizing brand of politics could make it more difficult for the party to build a national majority in the 2022 and 2024 election cycles.

“The Republican Party is going up against demography – it’s like a python slowly squeezing it to death,” said GOP strategist Mike Murphy, a Trump critic. “There are not enough White people to survive.”

Shepherding the party away from its demons remains a challenge without an evident solution or a leader who can eradicate them from the ranks. Even if Trump is defeated, he could remain embedded in the Republican psyche and a lodestar of the GOP’s core activists.

Should Biden win, however, he would face a daunting reality on Capitol Hill. Democratic hopes of a united government were dashed Tuesday night as Republicans appeared on track to hold their narrow majority in the Senate after a number of Democratic challengers fell short of defeating vulnerable GOP incumbents. In the House, Republicans were projected to make considerable gains, which would shrink the size of the Democratic caucus and thus weaken the leverage of House Speaker Nancy Pelosi, D-Calif.

If Biden becomes president, Democrats expect the GOP to oppose much of his legislative agenda and nominations, just as Republicans did during the Obama presidency.

“Kentucky wants more of the policies that built the best economy in our nation’s modern history – not socialism,” McConnell said in his victory speech Tuesday night, nodding toward how Republicans are ready to cast the Democrats as radical.

Additions to the GOP ranks in the chamber include several Trump acolytes, including Sen.-elect Tommy Tuberville in Alabama, a fervent supporter of the president who on Tuesday told his critics to “go to hell and get a job.”

Other newly elected Republicans shared that fighting spirit. Madison Cawthorn, who won a House seat in North Carolina – and who, at 25, is set to become the youngest member of Congress – tweeted Tuesday night, “Cry more, lib.”

Still, Blumenthal said he and his Democratic colleagues are hopeful that a change in the White House – even if Trump remains a vocal GOP force from outside government – could enable more centrist Republicans to work with Democrats on issues such as economic relief and infrastructure spending.

“Removing the toxic element of Trump could really change things,” Blumenthal said. “I know that sounds like a Pollyanna-ish hope, but Trump’s vile and toxic unpredictability made compromising difficult and maybe, just maybe, removing Trump from the mix could add a notion of rational thinking and sanity with some Republicans.”

Democrats caution, however, that McConnell may be unwilling to broker bipartisan agreements if he is focused on making gains for his party in the 2022 midterm elections.

“Republicans will likely rediscover their love for fiscal discipline after the president spent four years playing base politics,” said Matt House, a former adviser to Sen. Chuck Schumer, D-N.Y. “It’s hard to see anything more than tonal shifts to win back suburban women. It’s hard to see, tactically and in terms of substance, how they won’t continue to play to their base.”

The Washington Post’s Jenna Johnson contributed to this report.