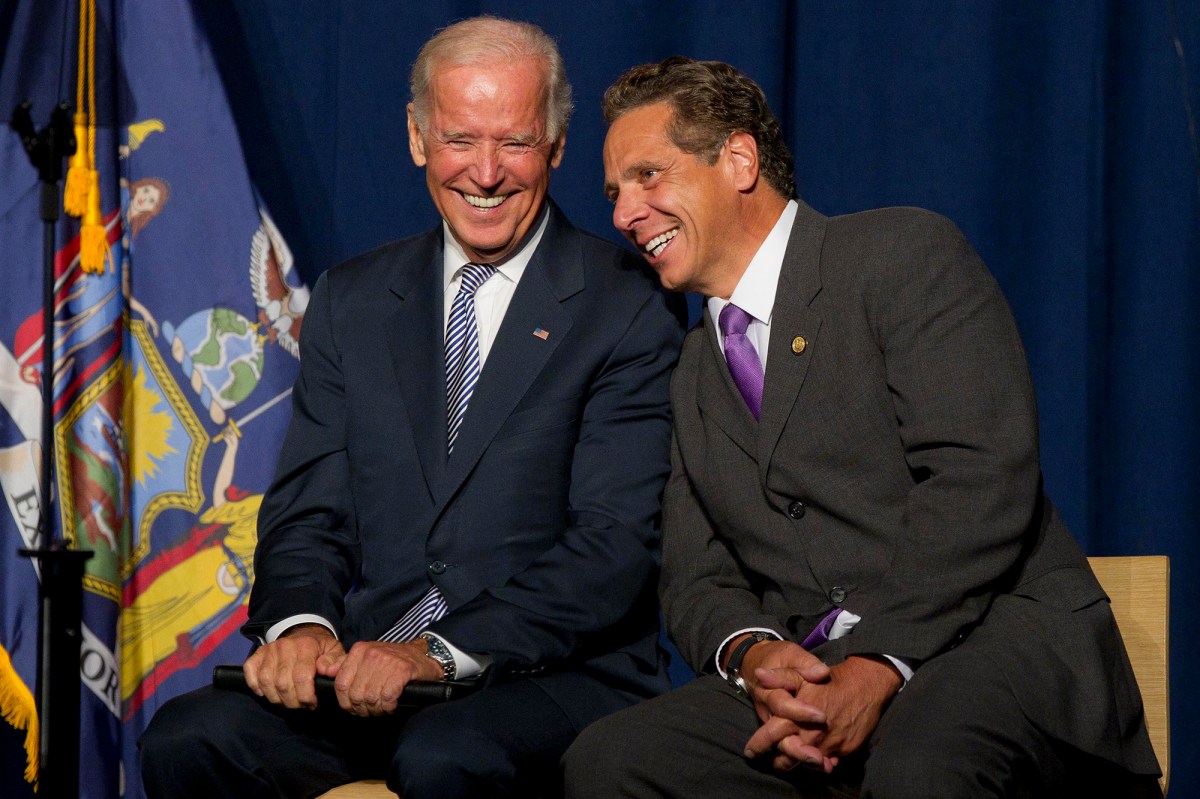 New York Gov. Andrew Cuomo took a victory lap on Saturday after Joe Biden was named president-elect, hailing it as a “historic day” after what he called four years of “darkness, division and hate.”

“A historic day. After the darkness, division and hate of the past four years, America has spoken and rejected more of the same,” Cuomo wrote on Twitter after the Associated Press called the race for Biden following a days-long, nail-biting count.

“Congratulations to my good friend President-Elect @JoeBiden. Today we go forward in hope & progress,” Cuomo went on, sharing a photo of him with Biden.

Recent reports have speculated that Cuomo is being eyed to join Biden’s cabinet as attorney general, the nation’s top law enforcement officer, but the governor’s office quickly downplayed the suggestion.

Cuomo butted heads with President Trump throughout his entire four years in the White House, most devastatingly during the recent coronavirus crisis where the two swaggering Big Apple personalities traded blows during their daily press conferences.

In September, the Democratic two-term governor even suggested that Trump “better have an army” if he wanted to walk on the streets of New York.

Meanwhile, Trump ripped Cuomo for his handling of the fatal nursing home crisis and for failing to fully lean on the Navy hospital ship and temporary field hospital the feds established in the Big Apple at the peak of the crisis.

Biden, 77, and Cuomo, 62, have a close rapport spanning decades.