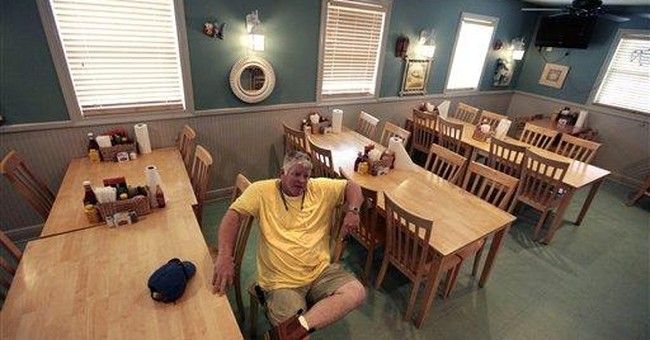 With renewed spikes of COVID-19 popping up in Massachusetts, the state is reversing course and applying new business restrictions and “unofficial curfews” on residents. As we’ve seen in many large cities around the country, the bars and restaurants are some of the first targets and they wind up being the hardest hit. One of Republican Governor Charlie Baker’s new announcements that took effect on Friday is an “advisory” for everyone to be at home by 10 pm and not to venture out on any nonessential business until five in the morning. But while that curfew isn’t mandatory, a second order impacting the restaurant business is. All table service is to stop at 9:30 pm, no matter what the business’ normal hours of operation are. This is cutting into some of the prime service times for eateries and some owners are describing it as a “disaster” that’s going to lead to a new round of layoffs. (CBS Boston)

“We could see more layoffs as a result of this,” said Chris Coombs, the Chef and Owner of Boston Urban Hospitality, which includes fine dining restaurants Boston Chops and Deuxave.

A group of local restaurateurs sent a letter to Governor Baker Thursday asking him to reconsider the new restrictions. The unofficial curfew, Baker said, is to encourage people to go to their own homes by 10 p.m.

But a 9:30 close time will be catastrophic for restaurants, according to Bob Luz of the Massachusetts Restaurant Association. “For the order to be followed, we would be unable to seat a guest after 8:00 p.m., and presents us with the difficult prospect of rushing our guests out the door to comply with the Advisory issued by this Administration.

We’re not seeing a single restaurant owner speaking up in favor of this executive order. Personally, I’m one of those stereotypical older people that goes out to dinner between five and six o’clock (or we did before the pandemic, anyway) so this wouldn’t impact me very much. But most diners don’t start flooding the popular restaurants until some time between seven and eight. It generally takes at least an hour to get through all of the courses, so most eateries won’t be able to seat anyone much past eight o’clock if they hope to have them on their way by 9:30.

As multiple owners and managers interviewed for the article point out, this will effectively kill their dinner traffic. That represents the bulk of the traffic for most restaurants so they won’t be able to make a profit. And when that happens, jobs start disappearing.

The real rub in this situation is the fact that the government is forcing the restaurants to eject diners so they can make a “curfew” that isn’t even an official rule. It’s up to the residents whether or not they want to be home by ten o’clock. So the government is essentially crushing these employers for no reason.

Another sticking point for the owners is that this isn’t the first time they’ve had to “pivot” their entire business model to accommodate the executive orders of the state government. And it’s costing them a fortune.

Restaurant owner Jeff Abellard has had to constantly pivot in recent months, and now he’ll have to do it again.

“There are so many factors hurting us whether it’s Covid, plus the weather, plus people being scared and now new restrictions,” said Abellard…

At restaurants, like Abellard’s Bistro 781 in Waltham, there will be no more table service after 9:30 p.m. That means a last seating around 8:30 at his restaurant that usually keeps the kitchen open until midnight.

The governor is saying that the new restrictions are expected to last for up to a month, if not more. That takes us past Thanksgiving and Black Friday, running well into the start of the Christmas season. The fact is that some of these restaurants are going to wind up closing permanently and all of the jobs they support will be going away. What comes next after that is anyone’s guess. But the reality is that the actions of state and municipal governments around the country are now hurting the economy every bit as much as the virus itself.