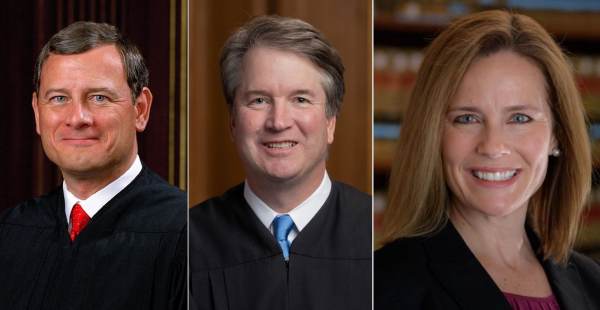 Had Twitter or Facebook been around in 2000, #HangingChads would have been trending for a month. Many of us remember the legal battles that ensued over Florida’s then-25 electoral votes.

The History Channel reminds us:

After a wild election night on November 7, 2000, during which TV networks first called the key state of Florida for Gore, then for Bush, followed by a concession by Gore that was soon rescinded, the results for who would be the nation’s 43rd president were simply too close to call.

In the 36 days that followed, Americans learned Gore had won the popular vote by 543,895 votes. But it’s winning the Electoral College that counts. As accusations of fraud and voter suppression, calls for recounts and the filing of lawsuits ensued, the terms “hanging chads,” “dimpled chads” and “pregnant chads” became part of the lexicon.

TRENDING: HUGE BREAKING NEWS IN GEORGIA – 132,000 Ballots in Fulton County, Georgia Have Been Identified Which Are Likely Ineligible

Andrew E. Busch, professor of government at Claremont McKenna College and co-author of The Perfect Tie: The True Story of the 2000 Presidential Election, says as votes were counted and Bush’s lead grew, TV networks retracted their premature call of Gore, instead giving the state to Bush.

“When the lead shrank to about 2,000 votes in the early hours of the morning, TV reversed again, rescinded the call for Bush, and declared Florida as yet undetermined,” he says. “The initial problem was failure of the exit polls, for which they later overcompensated.”

Bush assembled a top notch team of attorneys, and, through a variety of different legal maneuvers involving counts and recounts, he had eventually solidified his victory.

Two of the current sitting Justices, Clarence Thomas and Stephen Breyer, were also on the highest court at that time, and, predictably, had different opinions on the matter, with Breyer taking Gore’s side and Thomas taking Bush’s side.

For good measure, Justice Neil Gorsuch also has ties to that era, as W. had nominated him to serve on the Tenth Circuit in 2006.

What does all this mean? It means we have several judges who are no stranger to being involved in complex legal battles over ballot shenanigans.

Perhaps this is the tie that bound Trump’s nominations, knowing that there was a high likelihood of widespread voter fraud in his reelection campaign, and he wanted to get the best judges in there to combat it. Combine this with the 215 other judges that Trump has appointed during his Presidency so far, and you have to start feeling good about the federal court involvement in this sham election.