U.S. Diplomats Should Work for America, not Other Nations 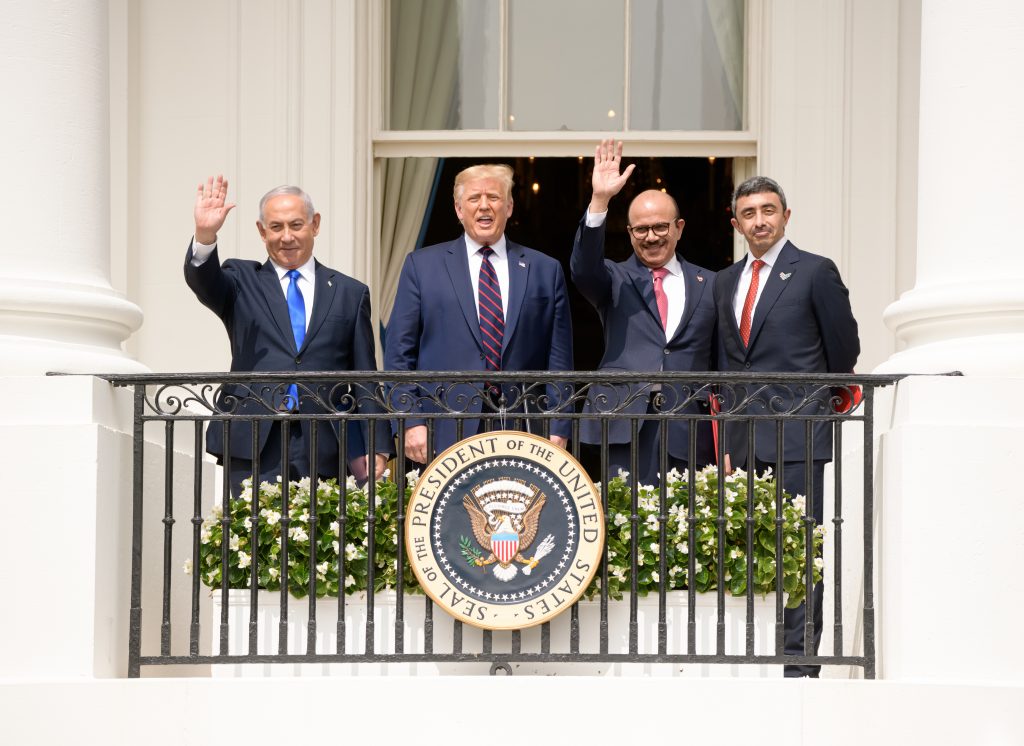 The Trump State Department has failed to live up to its ‘America First’ promises.

President Donald J. Trump and his supporters offered up the so-called Abraham Accords as evidence of his diplomatic skill through the closing days of the campaign. Through a mix of veiled threats and de facto bribes, he convinced Bahrain and the United Arab Emirates to recognize Israel, and Sudan to move towards doing the same.

These agreements are not a good deal for America. Instead, the administration illustrated yet again how Washington’s nearly singular focus on Israel distorts policy in the Middle East and at home. As the administration sought to negotiate a final pre-election stimulus bill with Congress, Treasury Secretary Steven Mnuchin was in Tel Aviv. Instead of being available to meet with congressional leaders, most importantly House Speaker Nancy Pelosi, he had to call from the road. The interests of the American people suffered as a result.

It is undoubtedly better for countries in the region to talk and trade rather than fight. However, the Trump-brokered deals are not peace treaties. Unlike Egypt and Jordan, the nations who are signatories of these latest deals have never been at war with Israel. Moreover, Washington has abandoned even the pretense of encouraging a peaceful resolution to the plight of the settlement of millions of Palestinians living under brutal military occupation. The resulting injustice ensures continued instability and increases the likelihood that violence will continue.

There are obvious upsides to these newly established bilateral relationships, but the benefits accrue primarily to the signatories, not to America. For Washington, the benefits are slight. Global statecraft did not require the U.S. to take over responsibility for making a deal that the participants could have struck themselves.

The U.S. would have made better use of its efforts in resolving violent conflicts elsewhere.

Washington’s “maximum pressure” campaign against Iran has failed, empowering hardliners in Tehran and increasing tensions throughout the Gulf. The U.S. has browbeaten Iraq, the supposed beneficiary of American liberation, over Baghdad’s ties with Iran.

These problems are far more urgent than pushing friendly countries to do what they could have done themselves. And, for Washington, these deals come at a price. As has been the case in the Middle East for decades, the U.S. is now expected to pay. In this case, the most important obligation due is the administration’s promise to sell sophisticated F-35 aircraft to UAE.

How will Abu Dhabi use such advanced weaponry?

Five years ago, UAE joined Saudi Arabia in the invasion of Yemen, one of the poorest nations on earth, in order to restore a friendly regime to power. The result has been a terrible war on civilians, creating what the United Nations calls the world’s worst humanitarian crisis.

American security has suffered. The Emiratis and Saudis have turned an ongoing internal dispute into a sectarian war, increasing Iran’s involvement. Even worse for Washington, UAE armed and financed local extremists, including al-Qaeda in the Arabian Peninsula, and promoted separatist forces seeking to break up Yemen.

Moreover, the Emirates was the driving force behind the ongoing economic/diplomatic campaign, which almost culminated in an invasion of Qatar, another American ally. What’s driving these efforts is a common concern regarding Iran, one that is shared by Israel, the UAE, and Bahrain. Rather than creating a new pathway to peace, the resulting quasi-alliance could turn belligerent, drawing America into a religious war that would decimate the Middle East.

What’s happened with Sudan also illustrates the shallow nature of the administration’s supposed success. The repressive regime of Omar al-Bashir was finally overthrown last year. Since then, a transitional authority made up of civilian and military factions has sought to create a new government.

Washington continued to label Sudan a state sponsor of terrorism, which has not been accurate for years—U.S. officials even acknowledge that the Bashir regime was aiding American anti-terrorism efforts. Yet U.S. Secretary of State Mike Pompeo manipulated Sudan’s desperate need for economic relief to insist Khartoum recognize Israel as a price for lifting the terrorism designation.

These issues had nothing to do with each other. Establishing diplomatic relations with Israel was unpopular in Sudan—the announcement triggered public protests—threatening the legitimacy of any civilian government before it even takes power. Washington’s bullying has enhanced the power of both the Islamists and the military. The Trump administration meanwhile sacrificed an important foreign policy goal, encouraging reform and stability in Sudan, for short-term political gain.

Ironically, the pact with Khartoum is more limited than it seems, with formal recognition as more of a future possibility. It requires approval by a legislative council that does not yet exist and, given the perception that the new government has yielded to U.S. and Israeli pressure, the reformers will be undermined before they have a chance to do anything.

President Trump promised an “America First” foreign policy. He has failed to deliver. His administration, like those before him, has routinely placed the interests of other governments first. Americans continue to suffer as a result.

Khaled Saffuri is the president of the National Interest Foundation