How About a Special Counsel? 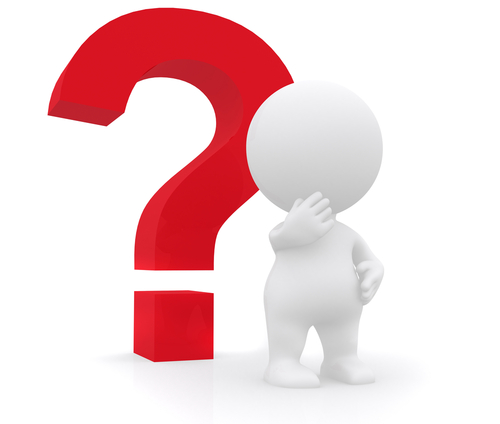 Paul wrote a little while ago that the Senate should investigate the 2020 election to determine how susceptible our electoral systems are to fraud, and to recommend improvements. I agree. A reader offers another suggestion: why doesn’t Attorney General Barr appoint a Special Counsel to investigate voter fraud in the election, and bring criminal charges where appropriate?

The nation is coming out of another close election and the air is full of accusations of malfeasance and chicanery. Sour grapes are an important part of losing elections, but in 2020 there is far more evidence of ballot tampering, ballot creation, ballot backdating and miscounting than there ever was of Russian collusion in 2016.

And, like 2016, even if these accusations are true, the time between Election Day and January 20th is insufficient to conduct even a cursory investigation. Further, like 2016, if the accusations are true, it would be difficult, if not impossible, to tie the misconduct to specific votes sufficient to overturn the result, whether the present counts hold up or the incumbent prevails.

Moreover, an investigation by appointees of either political party is hobbled by two undeniable realities:

1) The investigating party cannot expect the cooperation of the other party (the alleged perpetrator); and,

2) The results of the investigation (however valid and well-documented) will be discounted by approximately one-half of the population.

There is an important difference between the accusations of 2016 and 2020. If there had been any truth to the claims of Russian collusion, it would have been a one-off, an aberration. Remember, the claim was that the rascally Russians, preferring Trump over Clinton (despite their many investments in various Clinton affairs), had actively colluded with the Trump campaign to change the result of the election. Never before or since has there been such an accusation of foreign cooperation with a Presidential campaign. So far, in 2020, there have not even been accusations that the Chinese, Russians or any others colluded with the Biden campaign (despite their many investments in various Biden affairs).

On the other hand, accusations of vote fraud, like voter suppression, strike at the very heart of our democracy. Not only, if true, could they have affected the outcome of this election; if undeterred, there is every reason to believe that they will reoccur. If, in fact, the misconduct affected this election, is is not only not deterred, it is amply rewarded.

Because of state control of election procedures, the current evidence appears to establish probable cause for a number of state crimes. In jurisdictions controlled by the party benefitting from the claimed offenses, prosecution will not happen. But, in addition to state crimes, the specifics of these acts will usually also constitute mail or wire fraud, which are federal offenses. Moreover, creation or counting of an illegal ballot for A amounts to the suppression of a legal ballot cast for B, violating the civil rights of B’s voter. The planning for any of these activities would be a conspiracy to violate the civil rights of the opposing voters. The 2000 Bush vs. Gore litigation established jurisdiction under an Equal Protection rubric. These election crimes are much more straightforward than the process crimes pursued by Robert Mueller’s team.

The importance of both the claimed misconduct and the resultant discrediting of the electoral process demands a federal investigation. However, like 2016, Democrats would argue that it would be inappropriate for Attorney General Barr to oversee such an investigation. Likewise, if Vice President Biden is elected, his appointed Attorney General would be subject to the converse apparent conflict.

Accordingly, this is the specific type of situation contemplated by the Special Counsel statute.

A Special Counsel, independent of the current and any future Attorney General, would be the only agency capable of conducting a thorough investigation and establishing whether the claims of ballot fraud and election tampering are true or false. In either case, the process would restore faith in our electoral system. If the Special Counsel found no such activity had occurred, Americans would be greatly relieved. If, in fact, election crimes were committed, whether or not they changed the 2020 election, draconian punishments will deter future such conduct. Further, the Special Counsel could provide a detailed report to the Attorney General and, via the Attorney General, to Congress outlining or negating the necessity for legislative changes.

Since evidence of events like these is highly transitory, the Attorney General should immediately appoint a Special Counsel to examine claims of election fraud. The prompt issuance of federal subpoenas will help to preserve evidence and timely investigation will identify witnesses. The Republicans claim these crimes occurred and would welcome the investigation to punish those involved. The Democrats claim it never happened and should welcome the investigation to remove any cloud over an incoming Presidency.

It is an interesting idea. The Democrats would not welcome a Special Counsel investigation, of course, but if such an investigation is promptly commissioned by Attorney General Barr, they would pay a political price for shutting it down. A plausible case for appointing a Special Counsel can be made, I think. The governing regulation says:

§600.1 Grounds for appointing a Special Counsel.

(a) That investigation or prosecution of that person or matter by a United States Attorney’s Office or litigating Division of the Department of Justice would present a conflict of interest for the Department or other extraordinary circumstances; and

(b) That under the circumstances, it would be in the public interest to appoint an outside Special Counsel to assume responsibility for the matter.

The Attorney General could conclude that he has a conflict because he is a political appointee in the administration that allegedly lost the election, and therefore may reasonably be suspected of bias. That would warrant appointment of a Special Counsel whose mandate the Biden administration, if there is one, might be slow to revoke. The result could be a more thorough investigation than is otherwise feasible, culminating not only in a better understanding of the current prevalence of voter fraud, but in criminal prosecutions of malefactors who can be identified.

Maybe I am missing something, but our reader’s suggestion seems worth a try.