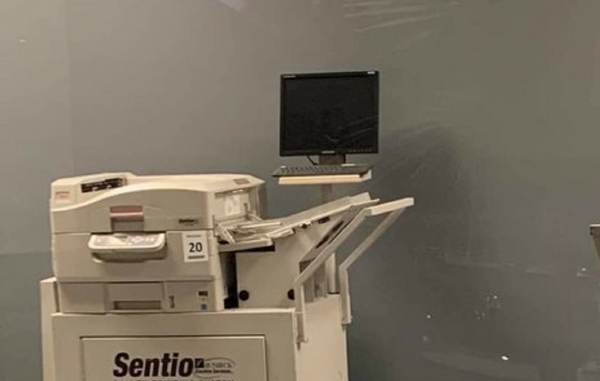 The Republican Party of Chandler, Sun Lakes and Gilbert has posted photos on Facebook that they say are ballot printers and voting machines left unattended in Maricopa County four days after polls closed.

It is unclear how long they had been left unattended, or if they were left there before the election as well.

In a Facebook post accompanying the photos, the organization wrote that the machines were left “in an empty strip mall in Chandler” and called it incompetency. 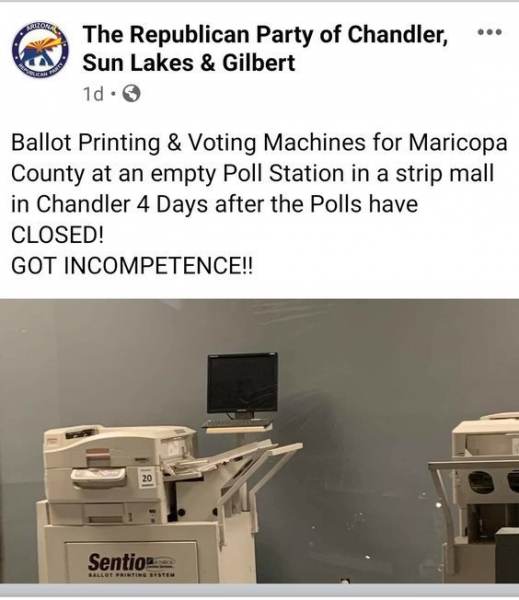 Additionally, the Republican Party failed to send someone to the Logic and Accuracy Test of the voting equipment in Arizona, but the Democratic Party didn’t.

Republican Arizona State Rep. Kelly Townsend is calling on Maricopa County GOP Chairman Rae Chornenky to step down, along with her first Vice Chair, for failing to show up to certify the Dominion Voting Machines.

There has been major controversy over these machines due to the company’s ties to Democrats, the Clinton Foundation, and Open Societies Foundation.

“I just found our that Maricopa County GOP Chairman Rae Chornenky failed to show up to certify the Dominion / Machines. For this reason, I call for her resignation, along with her 1st Vice Chair,” Rep. Townsend tweeted.

I just found our that Maricopa County GOP Chairman Rae Chornenky failed to show up to certify the Dominion / Machines. For this reason, I call for her resignation, along with her 1st Vice Chair.

In response, Chornenky hopped on Twitter and said; “I’ll tell you what, I’ll resign when you sprout even an ounce of integrity and obtain the intelligence to check your facts before spreading filth about a person whom you don’t know on a topic about which you have not the slightest clue,” she wrote.

Hey @KellyTownsend11 is that what your looking for? Yep. That’s my signature and no Republicans pic.twitter.com/XKHpdezUes

HOWEVER — Steven Slugocki, the chairman of the Democratic Party of Maricopa County, who attended the testing hopped in with a copy of the certificate, which was only signed by him.

It was, in fact, not signed by any member of the Republican Party.