The good: Hundreds of Texans participate in Pfizer vaccine trial, The bad: “a scary and difficult winter” predicted 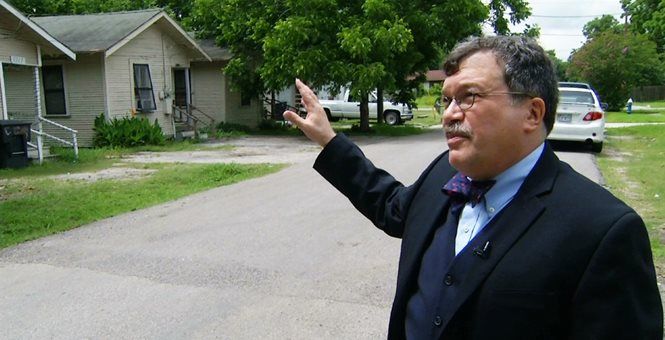 The good news about the success shown in the Pfizer vaccine data is just the boost our spirits need. The drugmaker is hopeful that an effective vaccine is on the horizon. This is also some very good news for hundreds of Texans who have been participating in Pfizer’s clinical trial.

Hundreds of Galveston area residents and workers must feel proud to participate in a clinical trial that likely has produced a vaccine that will be used in the battle of the coronavirus. If the vaccine proves to be the first to complete the trial process and receive approval for distribution, millions of Americans and others across the world will be beholden to them. If Joe Biden is going to frame face mask-wearing with patriotism, then clinical trial participants deserve some kind of special recognition – perhaps a certificate or plaque or something like that. We still have some months to go but there may be a light at the end of this nightmare and that is something we can all embrace. All of the 44,000 clinical trial participants for the Pfizer vaccine across the globe must be pleased today.

The University of Texas Medical Branch at Galveston in late July launched the Pfizer trial at three sites — on campus, League City and Clear Lake. It said then it hoped to enroll between 500 and 1,000 people.

UTMB officials would not comment on the trial Monday, but one official said the institution has appointed a vaccine roll-out task force and begun gearing up for when the Food and Drug Administration approves the vaccine for use beyond trial participants.

At that time, the first in the area to get the vaccine will be essential health care workers, said Dr. Janak Patel, director of UTMB’s department of infection control and health care epidemiology. He said high-risk people, such as people in nursing homes and seniors with chronic health conditions, would be next.

“We’re excited, prepared to provide the vaccine, want to do it,” said Patel. “We just hope lots of people will want to get it.”

A vaccine scientist at Baylor College of Medicine, Dr. Peter Hotez, sounds cautiously optimistic. That is a good sign since he usually seems to present dark and gloomy predictions. He says the Pfizer news “looks like good news.” “It was written for Pfizer shareholders, not scientists, and the company still has a ways to go – determining whether the vaccine halts severe disease and proves to be safe — before the FDA grants emergency approval. But this appears to be an important first step.” Baylor is working on a different vaccine.

Dr. Hotez predicts a “scary and difficult” winter in Houston. Now that a wave of new COVID-19 cases is finding its way to places that flattened the curve, didn’t overwhelm their area hospitals, and have lowered the percentage of hospitalizations and deaths. The numbers in Houston, for example, are on the rise again but not dramatically and not as much as the numbers from the current hot spots – North Dakota, South Dakota, Wisconsin, Oklahoma, Utah, Arkansas, Missouri, Kansas, Nebraska, Montana, Puerto Rico, Minnesota.

I know the numbers will increase in Texas. They’ll accelerate. My secret hope is that it’s not going to be as bad as the rest of the country, but I just don’t know that for certain.

There’s nothing holding back the really sharp rise in most of the country, especially in the northern states, and I think it will go into the Northeast as well. Right now it’s more of a flyover-state kind of problem. By that I mean, it’s not as bad in New England, the Mid-Atlantic states or on the West Coast, but everything in between — especially as you go into more northern latitudes — is really bad.

I think it’s going to be bad across the whole country, that the numbers are going to continue to increase. I’m especially worried about some of the Institute of Health Metrics and Evaluation predictions where they’re looking at 511,000 American deaths by February 28. It’s a horrible number — more than double what we have now. The country is going into a very unstable period.

Things will get better. We’ll have vaccines by next year. But between now and then could be one of the worst periods of our epidemic, and it’s happening after everyone’s exhausted already from what’s been a horrible year. I’m worried not only that people will get COVID-19, but also about our mental health: Getting sad and depressed is a normal reaction to what’s going to be an even more stressful situation.

That probably lines up with what we’ve been told as the colder weather approaches. As people move indoors and are inside more than during the warmer months, the virus will likely come roaring back in some places. What is interesting is that scientists still don’t have answers that they can confidently deliver to questioners. That is what has been so frustrating about this pandemic from the start – a lack of information and sometimes frequent reversals on what should and shouldn’t be done to mitigate the spread of the virus. We are still experiencing mask wars between those who mask up and those who do not, for example.

Dr. Hotez, a man who is on record as a Trump administration critic, especially since the coronavirus task force didn’t use his suggestions on combatting the coronavirus he submitted to them earlier this year, had to take a shot at the lame-duck administration. “I also worry about the post-election period. If the vote goes against the President, as many are predicting, I worry that a lame-duck executive branch of the federal government would leave people to feel abandoned and on their own. And how well the states will be able to respond is a big unknown.”

I can’t roll my eyes far enough back to respond to that nonsense. President Trump and the administration have not abandoned their quest to battle the coronavirus. That is Team Biden’s talking point. Trump has had stellar success in many areas of the fight, including Operation Warp Speed which is helping to produce the very vaccine that has brought hope to the forefront today.