The Origins of U.S. Global Dominance 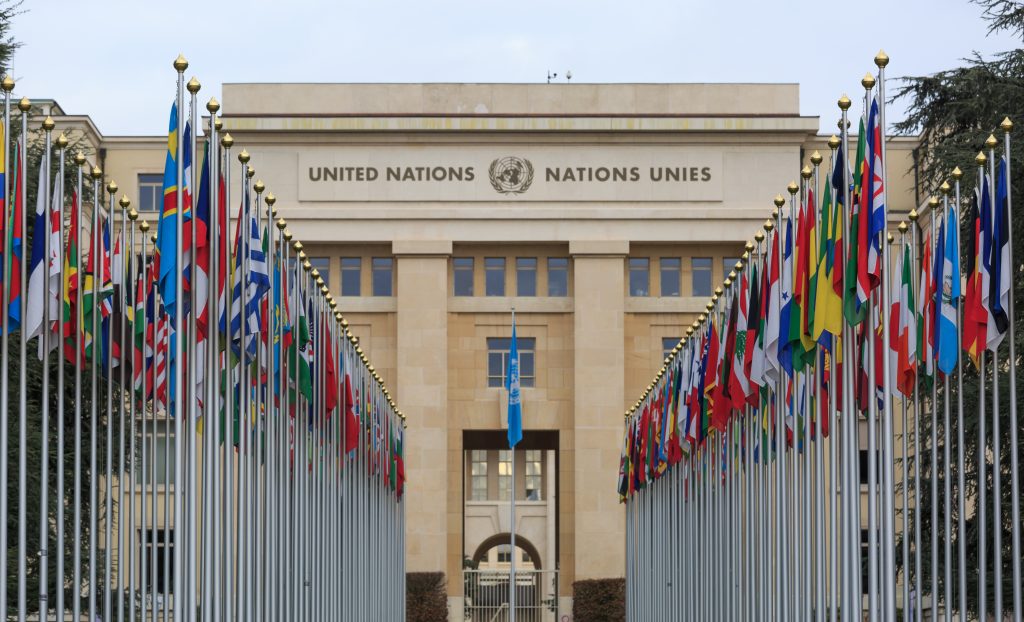 It is no accident that a U.S. role defined by armed supremacy will involve endless conflicts.

The U.S. embarked on a program of global supremacy eighty years ago, and American political leaders and policymakers chose this path much earlier than is commonly believed. To that end, they invented a myth of an “isolationist” America during the 1920s and 1930s, and that myth has been used ever since as the justification for dominance. In the earliest days of WWII before the attack on Pearl Harbor, U.S. policy planners were already imagining a world order with the U.S. at its apex, and they made sure to redefine internationalism so that it applied only to supporters of this new strategy.

These are some of the valuable findings that Stephen Wertheim has brought together in his excellent study, Tomorrow, the World: The Birth of U.S. Global Supremacy. Wertheim shows that proponents of this new role of supremacy did not fear an attack on the United States, but sought to avoid being limited to a hemispheric role for fear of being “isolated” in our own part of the world. He documents how the thinking of policy planners in the late 1930s and early 1940s changed in response to developments in WWII, especially in Europe. The planners envisioned a postwar world policed by the U.S. and Britain, and in order to legitimate this much more ambitious global role in the eyes of American public opinion they dressed it up with the creation of a new international organization in the form of the United Nations. Along the way, the supporters of this new dominant role made sure to cast their internationalist critics and opponents in the worst light by conjuring up the specter of “isolationism.” This was a word that had hardly been used prior to the mid-1930s to describe a view that no one actually held, but it was then applied liberally against anyone that questioned the drive for supremacy.

Wertheim’s account of this period is compelling and insightful. It is a short volume, but it is very rich in detail. Policy planners were already discussing a U.S. role in terms of supremacy and domination in late 1940. Even before the U.S. was formally at war with the Axis, U.S. planners were drawing up proposals for what one analyst simply described as “world domination by the United States and the British Empire acting in close and continuous collaboration.” The blueprint for America’s postwar role was already being drafted before the U.S. entered the war. The objective, as Wertheim says, was “to maintain armed primacy,” and this was already the goal in 1941 before Japan attacked. This is very different from the standard interpretations of the period, as he makes clear: “Rather than react defensively and belatedly to an objective threat, as most narratives of this period presuppose, U.S. elites did almost the opposite. They expanded their definition of national security, deeming the United States to possess an overriding interest in avoiding ‘isolation’ within the Western Hemisphere.”

Global supremacy was not the logical or inevitable culmination of American history. It was the result of a series of contingent decisions that U.S. policymakers made during the 1940s that laid the foundations for U.S. foreign policy thereafter, and it required the complete reimagining of America’s place in the world. Wertheim writes:

The terms of our foreign policy debates today are still set along the same lines. Internationalism has been turned on its head. It no longer refers to seeking to overcome power politics, but refers instead to maintaining and extending American power around the world. To oppose domination is still cast as backward provincialism, and to support it is equated with enlightened global engagement. The consensus in favor of primacy isn’t quite as unquestionable as it once was, but the myth of “isolationism” is still deployed against any dissent that threatens it. Advocates of armed primacy still assume that their position is synonymous with internationalism, and anyone that objects on internationalist grounds is still absurdly accused of wanting to “turn inwards” or “retreat from the world.”

The sections debunking the myth of “isolationism” are required reading for anyone that wants to understand the real history of the interwar period. He shows how advocates of armed supremacy not only used this myth to shut down opposition, but also how it “structured the mental map of wartime internationalists.” Isolationism was never real, but they came to believe in their own myth. Isolationism was a distortion of the views of those tarred by the label, but then that was the point of using it: “The concept of isolationism…ascended precisely because it distorted the people it named. It allowed anti-isolationists to seize the high ground and associate internationalism with the use of force.” We are still living with the consequences of this eight decades later, and interventionists continue to use the distorting smear label for the same purpose.

Wertheim’s reconstruction of the planning efforts from 1940 on is an important corrective to prevailing views about how the U.S. took on a dominant global role after the war, and he also demonstrates that it represents a real rupture with previous American foreign policy. The U.S. has always been expansionist, but the pursuit of global domination was something different in kind and not just degree, and this book tells the story of how that break occurred. The surprising thing is how little resistance this change encountered. Wertheim marvels that “few other world-shaping initiatives…have generated so little intellectual scrutiny and political opposition as has the global dominance of the United States.” Fortunately with this new book and the work of other critics of primacy in recent years, it is beginning to face that much-needed scrutiny and opposition.

As he notes in his conclusion, “to install one’s dominance in the name of internationalism is something else. It effectively turns one nation’s military supremacy into the prerequisite of a decent world.” This kind of “internationalism” assumes that the world has to be dominated, so we may as well be the ones to do it. That represents an embrace of an imperialistic role, and it is a rejection of internationalism premised on cooperation and peace. It is no accident that a U.S. role defined by armed supremacy will involve endless conflicts. The U.S. fights endless wars because our leaders presume that our government has both the right and the obligation to keep doing this. If we want peace, we have to give up dominance.

Tomorrow, the World is an important contribution to the history of U.S. foreign policy, and it is also relevant to contemporary debates about the proper U.S. role in the world. The U.S. strategy of primacy after WWII was not the only way that the U.S. could have engaged with a postwar world. Just as the U.S. once chose to pursue armed supremacy when it did not have to, it can now choose to set aside the burden of primacy and take a different path. As Wertheim proves, the critics of supremacy were genuine internationalists, and there is a tradition of peaceful internationalism in American history just waiting to be reclaimed and revived in this century.