Juan Williams is symptomatic of what’s wrong with Fox News 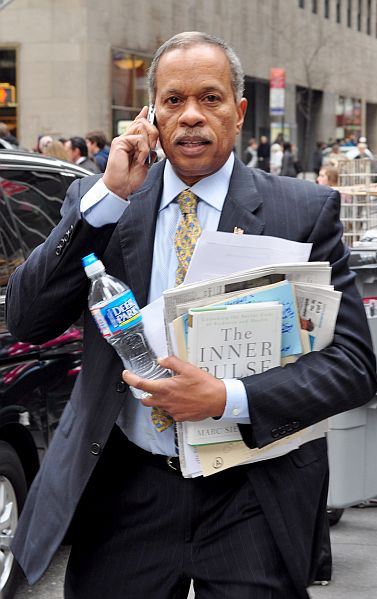 Juan Williams penned an op-ed for The Hill on Monday claiming “Too many men of color got conned by Trump.”

I won’t repeat all the voting numbers and percentages, but it’s obvious Williams was offended by the minority turnout supporting President Trump.  Why would he make such a colossal blunder of insulting a wide swath of minorities?  It’s the equivalent of calling them “deplorables” or “chumps,” insinuating they have less wit or intelligence than those who voted for Biden.

Williams quoted Rep. Maxine Waters (D-Calif.) talking about how she can “never, ever forgive them” and singer John Legend saying these minorities mistake bullying for strength and greed for business acumen.  He quoted some SNL comedian who insulted the many rappers who publicly supported Trump: “Rappers are not Black Leaders — they’re just rappers.  Stop negotiating with them.”  The significance of these quotes, specifically from people so insignificant, was lost to me.

Williams’s low opinion of these independent-thinking minority men was capped off with his accusation that their support for Trump was also support for a series of racist comments and actions by President Trump, taken out of context, and most already disproven multiple times.  But make no mistake: Williams followed the Democrat playbook by calling these minorities, who simply have differing opinions from his, racists.  Most shocking was his claim that the only explanation for minority men liking Trump is they are culturally caught up in “Latin machismo and Black gangsta rap lyrics” and “a fascination with big money, grabbing women, including porn stars, and Trump’s La Vida Loca lifestyle.”  Why hasn’t that been reported on Fox News?

I was insulted, and I’m not a minority.  Jeff Charles was also insulted.  At RedState, he wrote “No Juan Williams, Minority Men Were Not ‘Conned’ by President Trump.”  Charles nails it when he points out the minority support for Trump was not due to some cultural or character flaw within the voters, and it wasn’t due to their inferior intellect in not being capable of seeing the president for the reprobate he supposedly is.  Their support for Trump was a direct result of the failures within the Democrat party to “affect tangible changes in non-white communities for decades,” despite having overwhelming minority support.

Charles puts every one of Juan Williams’s statements to a lie when he explains the realities the minority communities are beginning to see.  He says Democrats want repressed, poverty-stricken minorities.  In order to package themselves as the saviors of the downtrodden, Republican-abused, racially discriminated minority communities, Democrats must ensure that such communities exist.  They can’t improve the lot of poor minorities; they can only promise to, because to actually do so would be to lose a substantial and reliable part of their voting base.  To keep a promise to raise a minority out of poverty, and break their dependence on public assistance (liberally provided by Democrat policies), would be political suicide.

Charles says Williams’s false argument denies that minorities are able to think through and understand why they supported Trump; it infantilizes them, treating them as too stupid to make up their own minds.  It is the type of thinking, says Charles, exhibited “by individuals who seem to believe themselves superior.”

That was the answer to my question above, and it also explains much of his commentary on Fox News.  Why would Juan Williams make such a colossal blunder of insulting a wide swath of minorities?  Because he’s just like so many of the Democrat commentators, news anchors, and politicians, not all of them minorities.  He thinks he’s better.  Look at his first statement: “I am a Black man.”  He puts himself among the downtrodden; he becomes a victim by identifying as one among the systemically victimized groups — black men.  That is his audience, after all.

But he’s no victim.  He’s filthy rich.  He believes he can pretend equality with black men in poor minority communities and have greater credibility while he “cons” them himself.  But black men, and black women, and Latino men and Latino women, and other minorities, have caught on to the Democrats’ game.  Eight years of Obama/Biden gave them nothing, but just four years of Trump/Pence gave them record wages, employment, and opportunity.  They have seen the light, and the game is up.