The McCarrick Report Will Not Put Scandal To Rest 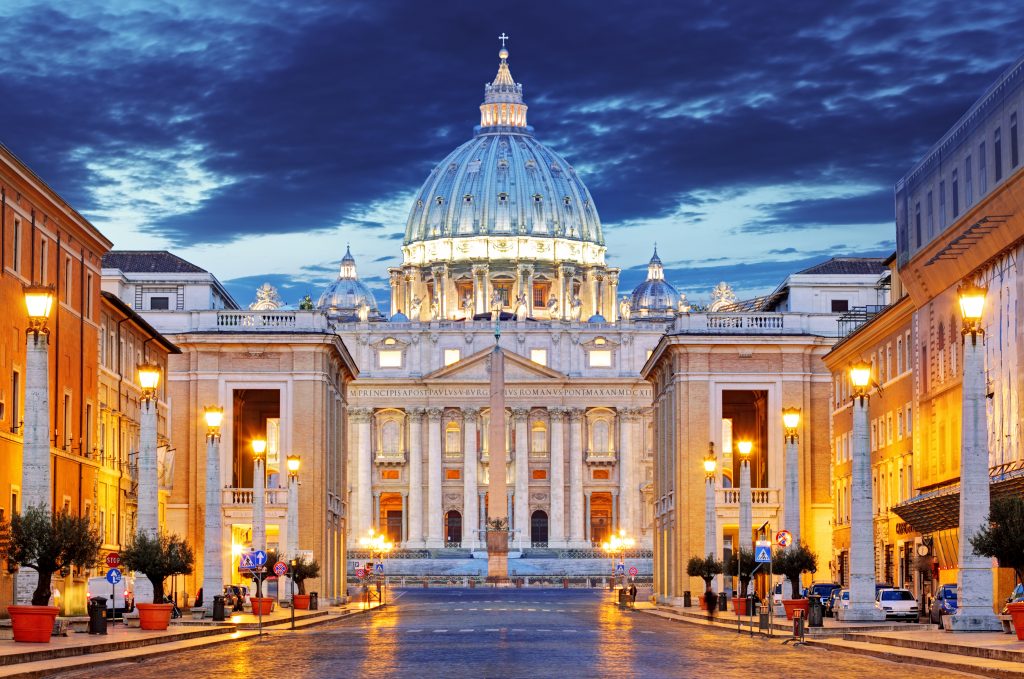 At last, on October 10, the Vatican released its much-anticipated McCarrick Report. Clocking in at 150,000 words, it’s a breathtaking collection of correspondences and testimonies regarding Theodore McCarrick’s pervy conduct with young priests and seminarians. In 2017, these documents led the Vatican to take an unprecedented step in 2,000 years of Church history: defrocking a cardinal for sins of the flesh. And yet we, the laity, are only now seeing them for the first time.

Of course, the McCarrick Report was compiled by the Vatican. It does exactly what you’d expect: take the blame off of Pope Francis and put it on his opponents. The Holy Father wasn’t going to pull off his mask like a Scooby-Doo villain and cry, “Yes, that’s right—I knew about Ted all along! And I would’ve gotten away with it, too, if it weren’t for you meddling kids!”

The report basically confirms what we already knew. Rumors of Mr. McCarrick’s inappropriate behavior were widespread beginning in the 1990s; of course, he categorically denied them all. Pope John Paul II took him at his word, which was (alas) the late pontiff’s standard procedure for dealing with allegations of sexual abuse. Having dealt his entire life with Communist efforts to discredit Catholic priests as homosexuals, he was totally deaf to such rumors.

In 1993, an anonymous letter began circulating among the American bishops warning that McCarrick was a predator. In response, he wrote an astonishing letter to Rome saying, “You might want to know that I have shared [the letter] with some of our friends in the FBI to see if we can find out who is writing it.” I’d be curious to know if the federal government ever stepped up to defend the reputation of this lecherous old priest.

In 2005, John Paul was succeeded by Benedict XVI. He clearly took the rumors more seriously and issued certain “recommendations” to Mr. McCarrick. Benedict insisted that McCarrick move out of the seminary in which he was then living, that he no longer engage in public ministry, and that he not undertake international travel.

McCarrick—a brilliant fundraiser and diplomat—issued a stream of whiny letters to Rome, complaining about the restrictions and insisting that he was indispensable to the life of the Church. “I have been named to the Catholic Delegation to the Vatican meeting with Islamic representatives in November as well as the Catholic Jewish meeting in Budapest that same month,” he sniffed in October of 2008. “Since these were ad personam, I would plan on fulfilling these obligations.”

As Vatican-watchers know, McCarrick basically ignored Benedict’s “recommendations.” The Pope Emeritus has gotten a lot of flack from the Catholic Right on this point, but not many thought to ask: How was Benedict supposed to enforce them? Short of flying to the United States and changing the locks on McCarrick’s bedroom, he had to rely on the Church’s bureaucracy to keep McCarrick in check.

Here’s where things get interesting. In the McCarrick Report, the Vatican places the blame pretty squarely on Archbishop Carlo Maria Viganò.

Archbishop Viganò is best known for his explosive 2018 “testimony,” in which he claimed that Francis knew all about McCarrick’s misconduct and called for the Pope to resign. Since then, His Excellency has published several “open letters” to Donald Trump, one of which the President commended to his Twitter followers. He’s a folk hero among conservative Catholics, but there’s no doubt that Viganò’s odd forays into political commentary have damaged the Italian prelate’s credibility. Many who believed his “testimony” now dismiss him as a grandstander.

It’s certainly not looking good for the Archbishop. In 2012, one of McCarrick’s alleged victims—known as “Priest 3”—filed a complaint with Viganò, who then served as Papal Nuncio (ambassador) to the United States. Viganò, in turn, asked the Congregation for Bishops how he ought to proceed. The Congregation requested that he launch a full investigation. According to the McCarrick Report, Viganò contacted neither Priest 3 nor the leaders of his diocese. The victim said he was “disappointed” by Viganò’s silence and “felt that the nuncio was not paying attention to something that to me was very important.”

It appears that, on the contrary, Viganò remained quite friendly with McCarrick. In February of 2014, the Nuncio wrote a letter to McCarrick about the latter’s recent meeting with John Boehner. McCarrick asked the Speaker of the House to soften his position on immigration, and Viganò thanked him for it. “I am truly grateful for your efforts in promoting immigration reform,” he wrote, “as well as for your availability to someone like Speaker Boehner. Likewise, know that it was a pleasure for me to speak with [you] on the telephone earlier this month.”

Archbishop Viganò released a brief statement hours after the McCarrick Report was published. He denies having been derelict in his duties as nuncio, and then asks (rather pompously) that “we call this suggestive reconstruction of the facts ‘The Viganò Report.’” I doubt that will catch on.

Here’s what we do know. From beginning to end, the whole McCarrick scandal has been based on rumors. There’s overwhelming circumstantial evidence that McCarrick is guilty of trying to seduce his seminarians and young priests—and, because the Catholic Church isn’t bound by the customs of Anglo-American jurisprudence, that was enough to get him defrocked. Which is good.

Still, there was never any hard evidence that he engaged in any inappropriate conduct. “I have never had sexual relations with any person, male or female, young or old, cleric or lay,” McCarrick insisted in a 2000 letter to John Paul’s secretary. No American jury could rule against him. That may be why the Vatican was so reluctant to act. That’s not an excuse, of course. But it’s an explanation.

There were other complicating factors. For instance, McCarrick’s first formal accuser was himself a pedophile-priest. In fact, he used McCarrick as an excuse for his own abuse of two young boys. The Report quotes this man (“Priest 1”) as saying,

“I met with Bishop Hughes in his office and I just told him that I had done some things that I’m not proud about. I allowed myself to get involved with two minors. I started crying and apologizing. And I just said that, you know, I need some help. And then, as my tears were coming out, I said, you know, I just, there’s certain things that I can’t get off my chest, and can’t forget in my mind, and that goes back to the times that I’ve experienced sexual abuse with Bishop McCarrick and what took place with him and the surroundings with him and other priests.”

Apparently, the Vatican didn’t take these allegations too seriously. In retrospect, they should have.

I hope it goes without saying, but I’m not trying to downplay the severity of the man’s offenses. Yet he certainly posed a novel problem to the Vatican. McCarrick’s generation of priests contained an unprecedented number of active homosexuals, and Rome has struggled for decades to prioritize which offenders they should investigate, based on the severity of their offenses.

Again, while McCarrick certainly abused his power, his victims were men in their mid-twenties. He didn’t overpower them—nor could he have, even if he’d tried. It’s sad to say but, if the Church defrocked every priest and bishop accused of having sex with other men, their ranks would thin considerably.

So, for decades, it was an open secret among the bishops that McCarrick was seducing young men. Everyone knew the rumors, but nobody was quite sure what to do about them.

All of that changed two years ago. In July of 2018, The New York Times published a report claiming that McCarrick had assaulted a 16-year-old altar boy. In February of 2019, he was dismissed from the clerical state.

It’s curious. The few incidents where McCarrick is alleged to have assaulted a minor are the oldest by far. Most date back to the 1970s. That means they’re also the hardest to prove. Many of the rumors of McCarrick sleeping with seminarians were also corroborated by their classmates, while the allegations of hebephilia relies solely on the victims’ testimonies.

The McCarrick Report claims that Pope Francis was basically ignorant of McCarrick’s “indiscretions.” Yet the unprecedented speed at which McCarrick was defrocked over a couple of decades-old allegations certainly suggests that the Holy Father was looking for an excuse to give him the boot. Still, Francis deserves credit for acting swiftly and decisively—when he decided to act at all.

In fact, rumors abound that many progressive journalists did know about McCarrick’s beach house but never said anything for fear of “outing” him. That’s the Fourth Estate for you.

This has always been the fundamental cause of the Church’s sex-abuse crisis: not pedophiles, but gay men who flaunt the rule of celibacy. There’s no denying that many Church leaders have struggled to find a way of effectively dealing with this crisis. Many others, of course, actively enabled deviants like McCarrick.

But the crisis is largely generational. For example, incidents of abuse have been declining rapidly since the late 1980s. By the time the sex-abuse scandal first broke in the early 2000s, the bishops had already begun to curtail the predators.

They weren’t always successful, of course, and one failure to defend a vulnerable individual is too many. They should have cooperated more closely with law enforcement, and they should have been more transparent with the laity. But there’s no denying their efforts have largely paid off. I know it’s gauche to say nice things about Catholic bishops, but those are the facts.

And there’s yet more reason to be optimistic about the Church’s future. A new generation of faithful young men are entering the priesthood and repairing that broken institution from within.

According to a brand-new study by the Catholic University of America and the Ruth Institute, the number of homosexuals entering the clergy is dwindling. They’re being systematically excluded by “a cohort of young, orthodox vocations and seminary directors.” Once the McCarrick Generation go to their reward, incidents of sexual misconduct will continue to fall.

That’s a rare bit of good news, and we ought to savor it. The necessary reforms are being undertaken—not only by the Vatican, but also (and especially) by these holy young men. They’re devoting their lives to fixing what the McCarrick Generation has broken: the bonds of trust that unite priests to their bishops and laymen to their priests. They’re answering Christ’s call to Saint Francis of Assisi: “Repair my Church.” Deo gratias.

Michael Warren Davis is the editor of Crisis Magazine. Read more at www.michaelwarrendavis.com.