Even some of my most respected conservative correspondents have been taken in by pessimism over Attorney General William Barr’s authorization of investigation of vote fraud.  The media cabal seeking to oust President Trump focused on the abrupt purported “resignation” (he is keeping his federal paycheck and transferring to a different post) of Richard Pilger, director of the DOJ Criminal Division’s Election Crimes Branch.  The narrative Pilger offers, all but universally adopted by the media, is that Barr is violating established norms and acting out of (corrupt) political motives.

“Having familiarized myself with the new policy and its ramifications … I must regretfully resign from my role as Director of the Election Crimes Branch,” Pilger wrote in his message, first reported by The New York Times. “I have enjoyed very much working with you for over a decade to aggressively and diligently enforce federal criminal election law, policy, and practice without partisan fear or favor.”

That was enough to spark demands for Barr’s impeachment.

But there is a lot more going on here, and despite the frustrated worries of some of my conservative friends and colleagues that nothing will come of this, Barr’s order is hugely significant, for it removes the obstacle that has prevented serious investigations of vote fraud up to now. 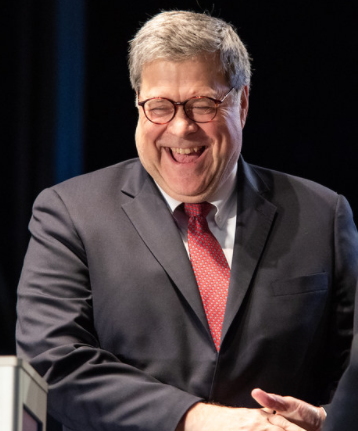 To explain, I turn to Mark Wauck, an email correspondent and contributor who has written important articles here, often building on his wealth of experience as a retired FBI special agent.  His blog Meaning in History is a daily read for me.  Yesterday, he explained the real significance of Barr’s move, and with his permission I quote extensively.

Can you imagine watching a baseball game without knowing the rules? That’s what watching the criminal justice process can be like for outsiders — and even for many insiders, because often times knowledge of the rules is compartmentalized. That’s the case with yesterday’s news that AG Bill Barr issued a memo specifically authorizing local US Attorneys and their prosecutors to undertake investigations of election fraud. (snip)

Mark draws on the work of Shipwreckedcrew (SWC), the DOJ veteran who writes anonymously at RedState, drawing on this post in particular (boldface and colored type in original):

The point is that there’s more to see here than just another career DoJ drama queen flouncing off the election fraud stage. Barr took his action because he became aware that investigations of election fraud were being blocked from within DoJ HQ.

As SWC details, the drama queen, one Richard Pilger, has been in charge of the Election Crimes Branch at DoJ HQ for quite a few years. During the Obama years he wrote up a manual of procedures for the handling of allegations of election law violations. That manual specified that the local US Attorneys (USAs) — including their Assistants (AUSAs) and FBI agents — could take no action with regard to allegations of election law violations without DoJ HQ — meaning, without Pilger’s — approval.

There’s an important distinction here, one that might seem minor but which helps to see events of the last week more clearly — those events leading up to Barr’s action.

First of all, that provision in the manual didn’t prevent the FBI or local USA offices from receiving allegations of election crime violations.

Now, you’ll recall that shortly after the election, Barr had his DAG specifically state that FBI agents could enter election centers armed. That was a clear sign that the FBI was receiving complaints of election law violations and was responding to them by going to election centers — presumably because the complaints were coming from workers at those centers. They were being blocked from entering because they were armed, and their complaints about this obstruction got to Barr very quickly.

So, why were the agents armed, and why didn’t they just ditch their sidearms somewhere and get on with the investigation? Because FBI agents are required to be armed when conducting official business unless authorized otherwise — they can’t exempt themselves from the requirement. There has to be a reason for an agent to go unarmed, and it has to be authorized from higher up. There’s no need to go into the reasons for this policy — it has to do with investigative authorities — but I can tell you that it caused years of trouble with the airlines, and even with individual pilots who thought they were the law on ‘their’ plane.

Clearly, then, local election officials were probably refusing entry to FBI agents, perhaps with the assistance of armed local police or security. This was presenting a roadblock for the agents, who were obviously not about to engage in a shoot out in those circumstances! Thus, Barr’s intervention.

Contrary to popular belief, the FBI has not been sitting on its hands all week while evidence of suspicious activity has been developing in multiple locations across the country.

So, Barr at that point knew that the FBI was doing its job. But then it turned out that that wasn’t the only roadblock for investigators. It’s entirely possible that Barr may not initially have been aware that Pilger was blocking any substantive action on the allegations that the FBI (and probably USAs) was/were receiving. When Barr learned of this, he took action. As SWC explains:

What happened today, and what prompted Pilger to “quit” was that AG Barr said to US Attorneys – “If you have substantial allegations of election fraud in your district, you have authority to investigate that.”  Basically, Barr cut Pilger and Election Crimes Branch out of the picture as “gatekeepers” to starting investigations in places like Philadelphia, Milwaukee, Detroit, and Atlanta.

It’s a bit like federalism in action within DoJ, with authority being devolved to the local judicial district level. But you and I would never have known what was behind Barr’s action without insider knowledge of Election Branch procedures. So, with one stroke of the pen Barr has broken up the logjam that obstructionists at DoJ (protected by civil service laws) had constructed.

To understand why this has liberal knickers in such a knot, it’s necessary to understand the effect of Barr’s action. FBI agents — the investigators — can do quite a bit of investigating without grand jury involvement. Many cases can be essentially completed using techniques such as interviews and physical surveillance, consensual searches, and so forth. It all depends on the nature of the crime involved. In the case of election fraud, it’s safe to say that, beyond volunteered information, no evidence of substance can be gathered without use of a grand jury subpoena, no matter what election workers may have told the FBI. What Barr has done with his action is to facilitate grand jury involvement in these investigations.

But, missing from much of the coverage of what Barr did today is the most significant point — what his statement did was authorize the use of federal grand juries to gather evidence.

FBI agents will often conduct interviews and gather evidence without the benefit of grand jury assistance.  But federal prosecutors don’t go forward with new cases without opening up a grand jury matter.

THIS is what the left-wing pundit class is so alarmed about over AG Barr’s announcement.

As always, the famously aggressive Barr made sure of his ground — after all, he’s surrounded by a host of enemies at DoJ and has to be careful not to hand them any ammunition. But then he took measured, but far reaching, action that was appropriate to the issue at hand. And he did so promptly. Keep that in mind with regard to other matters, as well.

We don’t know what evidence will be uncovered with grand jury subpoenas in hand, but with these tools available, the fraud that is self-evident when poll-watchers are excluded, when the counting of votes mysteriously is shut down at 2 A.M. in Democrat strongholds of Philadelphia, Detroit, and Milwaukee and Trump majorities promptly disappear in their key states, the odds look pretty good for President Trump.