Joe Biden is Already on the Warpath Against Brexit 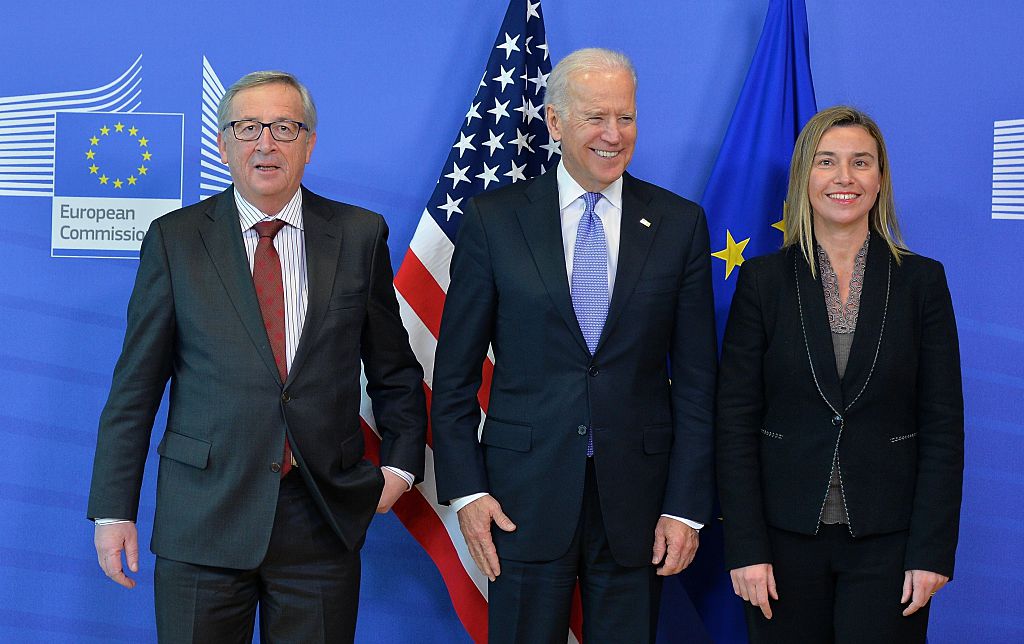 With all the challenges he’s facing, why is he choosing to meddle in European internal affairs?

The challenges facing President-elect Joe Biden seem unsurmountable from the perspective of a European. Biden needs to simultaneously juggle an incumbent president challenging the legitimacy of the election, large chunks of the voting population skeptical of the democratic process, the far left wing of his own party, a Republican Senate, the COVID-19 pandemic, and an incoming recession. As for foreign relations, the incoming administration will need to deal with questions surrounding obligations for rejoining the Paris Climate Accord, WTO reform, WHO reform, ongoing wars, as well as trade wars with China and the European Union.

Yet somehow, with a schedule this loaded, Biden has found time to meddle in Brexit.

Loyal to the politics of Barack Obama and Hillary Clinton, Biden is a strong supporter of the European Union. The fact that he has Irish heritage has also seemed to embolden him to get involved in Britain’s departure of the EU. He stated before the election that he will not support a trade agreement between the United Kingdom and the United States if a border is reintroduced between Northern Ireland (which is part of the UK) and the Republic of Ireland.

Finding an agreement between the UK and EU has been a tightrope negotiation, notably because of the Northern Irish border issue. When the UK leaves the EU’s single market area, presumably on January 1, the institution of border checks to control different regulatory standards would affect relationships on the Irish island. To avoid any complications of the 1998 Good Friday Agreement, which includes as a prerequisite avoiding a hard border between the two countries, the Northern Ireland Protocol in the Withdrawal Agreement between the UK and the EU was established. This establishes that, in practice, Northern Ireland remains in the EU’s single market, as to avoid regulator and tax-based border controls. It creates a regulatory divergence between Great Britain (Scotland, Wales, and England) and Northern Ireland, which will, in turn, require customs checks within the UK itself.

For now, there isn’t any difference in regulatory standards between Brussels and Westminster, and slight changes in sales tax won’t create many disputes. But what if, let’s say, the UK allows genetically engineered crops to be grown—a practice illegal in the European Union? The EU is increasingly on a warpath against divergent foreign regulatory standards. This is why it still has not been willing to conclude a comprehensive trade deal with the United States. If the UK makes significant changes to rules in agriculture, taxation, or consumer policies, then the Northern Irish border issue will flare up again.

Back in September, UK Prime Minister Boris Johnson’s government came under fire for legislation that would have bypassed the Withdrawal Agreement—Westminster would have “clarified” which products are at risk of being brought into the Republic of Ireland from Northern Ireland, as well as define which state aid cases need to be reported to the EU. For Brussels, this constituted a breach of international law.

With the EU and the UK embroiled in a time-ticking legal battle, and facing the threat of a No Deal scenario if the Withdrawal Agreement fails, Biden has picked a side. His refusal to sign a trade agreement will put considerable pressure on the Johnson government and tilt the balance clearly in favor of the EU.

While this might satisfy the national pride of the Irish and tickle the heritage pride of Irish Americans, it is unclear how such a move will benefit American businesses and consumers. A trade deal between the UK and the U.S. has manifest benefits in the areas of consumer goods and manufacturing, especially as the Anglo-Saxon regulatory leniency and proneness to innovation is no match for the bureaucracy of continental Europe. Meanwhile, under Biden’s eight-year vice-presidency, the Obama administration never managed to convince the whole European Union to adopt the TTIP (Transatlantic Trade and Investment Partnership). Last year, the European Council (representing all 27 member states of the EU) declared that negotiating this partnership was no longer relevant.

Biden failed to establish a trade deal with the UK when it was a member of the EU, and now he is torpedoing a future trade relationship to support the EU—which continues to be unwilling to trade with the United States. More importantly for Europeans, it took Biden precisely five minutes to start to meddle in the internal affairs of the old continent, not merely in a rhetorical sense (Trump has been outspokenly supportive of Brexit) but affecting policy to support one side over the other. Needless to say, this is unlikely to create long-lasting friendships across the pond.

Bill Wirtz comments on European politics and policy in English, French, and German. His work has appeared in Newsweek, the Washington Examiner, CityAM, Le Monde, Le Figaro, and Die Welt.