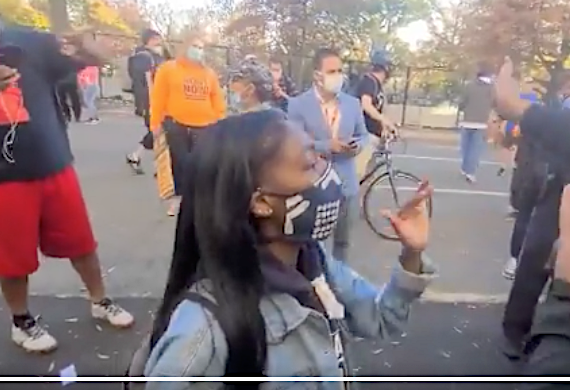 Today the Million MAGA March took place in Washington, D.C. to support President Trump as he fights for honest election returns. Predictably, activists/communists/criminals from Antifa and BLM–the groups no longer seem to be distinct–turned out to make trouble. They attacked the Trump supporters; you can see a number of videos at ZeroHedge: “BLM/Antifa Thugs Attack Trump Supporters, Including Children, After D.C. ‘Million MAGA March.’” Here, you see Antifa/BLM thugs attacking a Trump-supporting family. They knock a little girl to the pavement:

These leftists are simply evil people. It is easy to understand why they want to defund the police: if we had adequate law enforcement in America’s cities, they would be in jail where they belong.

Joe Biden is the candidate of Antifa and BLM. They will have enormous influence in his administration. We must #Resist them by all legal means.