Can We All Agree: Donald Trump Is No Dictator? 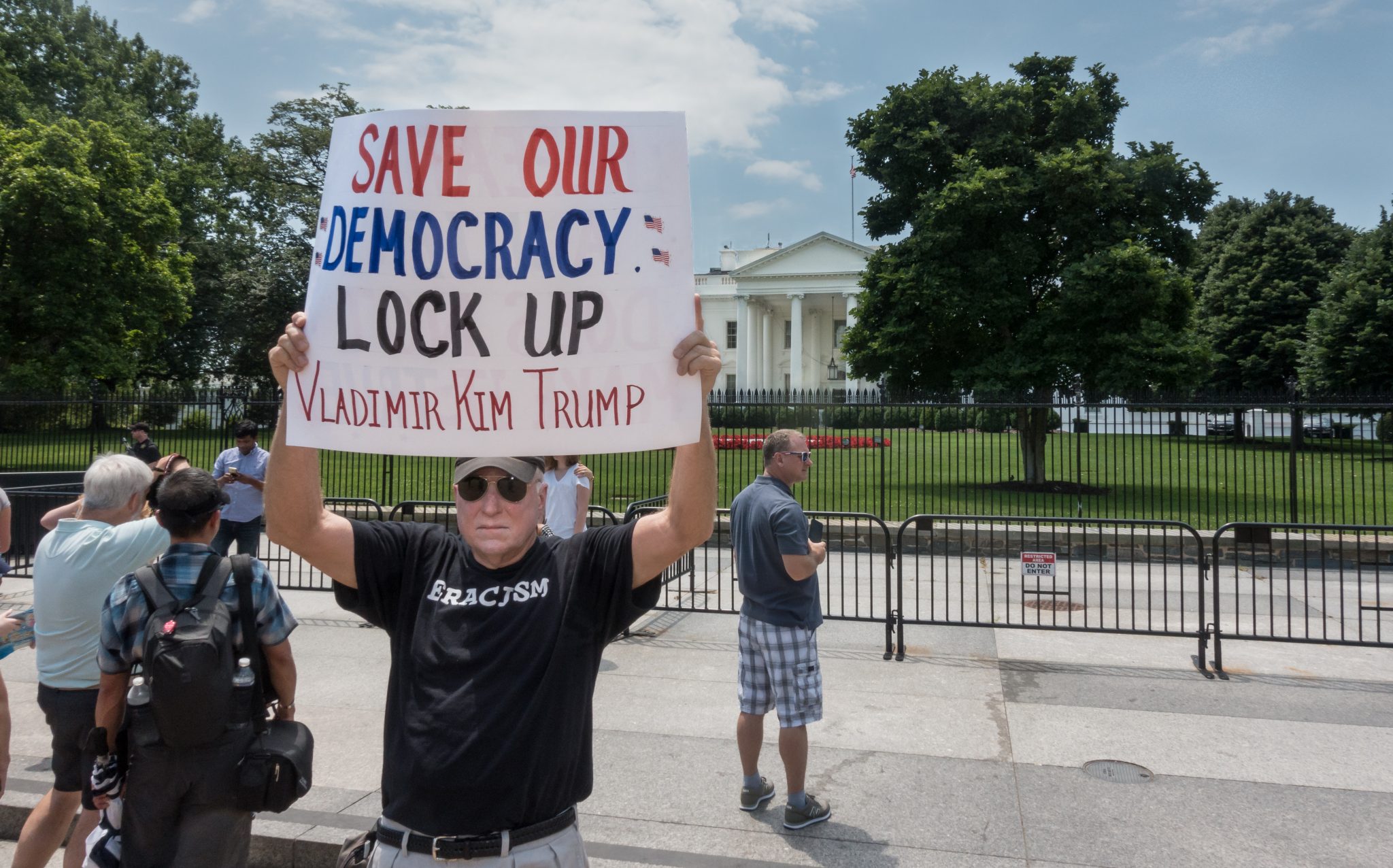 Four years ago, after Donald Trump was elected president, the Left was suffering a collective mental breakdown. The new fascist era was upon us. American democracy was over. All good people of principle, meaning progressives, would end up in chains in concentration camps.

Two days after the 2016 presidential election I spoke on a panel about populism at the University of Denver Law School, organized by the Federalist Society. The room was packed, and the atmosphere was funereal. I figured the few smiling students were FedSoc members. The rest? Liberals fearing the impending doom of civilization.

But the greatest sense of loss and disaster was articulated by members of the panel. One professor, a lefty lady, broke down and started crying. She felt so “threatened.” For a moment I wondered if Donald Trump had called her personally and planned to visit her home to implement a little revolutionary justice. But no. Just knowledge of his election drove her to a university safe space filled with coloring books and the other essentials for today’s wokey professionals.

Imagine. You hold a high-paying, high-status job. You can’t easily be fired, even if you are an utter incompetent. You are surrounded by fellow believers in your ideological “hive.” But the election of the wrong candidate sends you to the depths of despair. I almost suggested that she get professional help, since in democracy we all suffer as candidates we favor lose. But I wasn’t sure I would be able to make a safe escape with a frenzied mob close behind.

However, the theme that day, which was intermittently replayed during Trump’s presidency, was that he was a fascist in the making. Liberties would disappear. Elections would be rigged. Opponents would be silenced. He would never give up power. His inner dictator would emerge suddenly and dangerously.

I’ve never been a Trump fan. I hate to admit that to The American Spectator. But in 2016 Hillary Clinton was so much worse. I told people she was corrupt when she was the First Lady of Arkansas. Even the New York Times recognized that, publishing a famous exposé of her stock trades. Imagine, being talented enough to be a successful grifter as the First Lady of Arkansas! And what a career since then, including serving as secretary of state while the family foundation pulled in contributions from friendly governments worldwide.

Clinton also was a committed statist, corporate welfare devotee, and war queen extraordinaire. I tried to find one position on which we agreed. I thought maybe freer trade, but only because she certainly was lying about her newfound opposition to Obama administration agreements that she had backed. The Democrats nominated her and then vilified anyone who voted against her.

Trump’s term has been a policy roller-coaster, but that has nothing to do with his alleged putative tyranny. He either was very subtle in fastening a brutal dictatorship over the rest of us, or nothing happened. Which is it?

Truth be told, one of Trump’s unpleasant habits was embracing the world’s worst dictators. I mean, why would anyone suck up to the vile, murderous Mohammed bin Salman of Saudi Arabia? Vlad the Impaler, er, Vladimir Putin of Russia, is only slightly more sociable. Turkey’s Recep Tayyip Erdoğan, who gradually turned a flawed democracy into a faux democracy. Egypt’s Abdel Fattah al-Sisi imprisoned tens of thousands of people, including children, most simply for criticizing him or protesting the regime. Even today’s bipartisan bête noire, Xi Jinping, with whom the president announced an embarrassing bromance after their first summit at Mar-a-Lago.

Yet what is notable is that all of these guys are dictators. Real, bona fide, brutal dictators. Who behave like real dictators. Donald Trump: not so much. All of them crush their opponents. Think cancel culture on a triple dose of steroids. Who among them does Trump emulate? Uh … none of them. There’s been plenty of criticism of the president’s behavior, much of which I share (please, don’t shoot, please!!). But none of them involve illegal or coercive behavior.

The administration complied with judicial rulings. It also fulfilled legislative dictates — often reluctantly, and almost always after a court fight — but complied nonetheless. Even issues upon which he was most sharply attacked, such as arbitrary “travel bans” applied to people then in the air and federal agents deployed to cities did nothing to secure his personal position and authority. It wasn’t how dictators operated.

And look at the 2020 election’s denouement. Dictators rig the vote. Dictators ensure that their ballots are delivered and counted. Dictators make sure their friends do the counting. Dictators don’t have to file lawsuits against the folks counting the votes. And dictators certainly make sure the judges they appear before make the “correct” rulings.

Most important, dictators don’t … first, let me deliver a trigger warning. What follows will be unpleasant for American Spectator readers. So turn aside if you tear up easily, like my law professor friend. Dictators don’t lose. I predict that Joe Biden will take the oath of office for the presidency on January 20th. Donald Trump will again become a private citizen. And none of the biblical plagues and the parade of other horribles that we were warned would happen if Trump was elected will have happened.

So how about it? If I am right and Biden ends up occupying the Oval Office, will the lefties finally admit that Donald Trump is not and will not become a dictator?

Truthfully, I’m not holding my breath. As Biden faces political difficulty and failure, I suspect the “Donald Trump as dictator” meme will reemerge. The only question is, how soon?

Doug Bandow is a former Special Assistant to President Reagan. A graduate of Stanford Law School, he is the author of The Politics of Plunder: Misgovernment in Washington and The Politics of Envy: Statism as Theology.