Did the Voting Machines Lie? 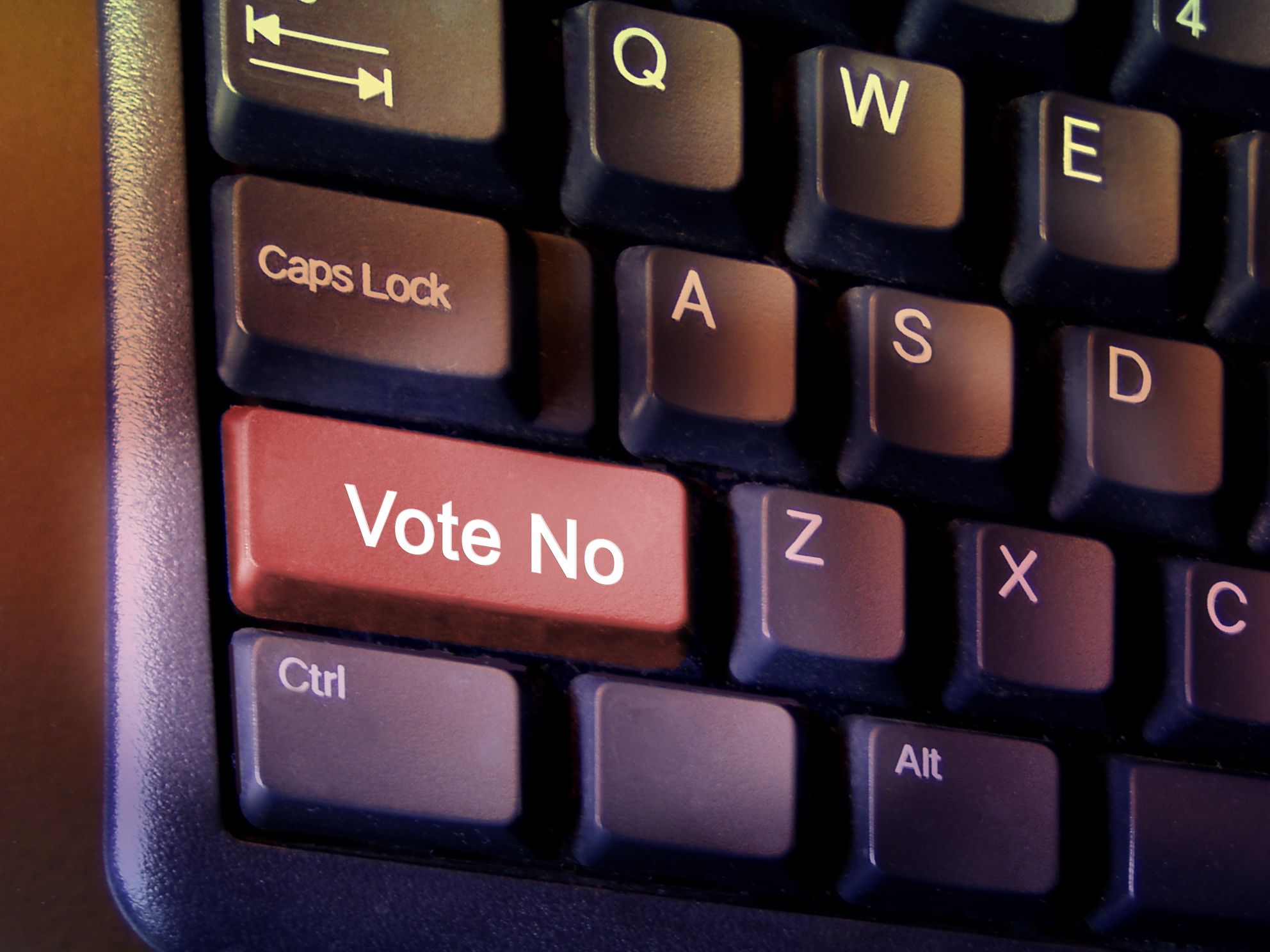 Did Joe Biden win the presidential election fair and square or did prevalent cheating steal votes from the true winner, President Trump? I can’t speak with authority about the issues of dead voters, multiple voting, ballot harvesting, or ballot dumping, but as a software developer for 47 years, and as the founder of the field of software forensics, I can speak with confidence about voting machine technical issues and what likely did or didn’t occur. And as an engineering consultant and expert witness for technology litigation on over 220 cases, I can also discuss how the law works.

You’ve probably heard that there are hundreds of sworn affidavits alleging voter fraud that President Trump’s lawyers are sending to the courts. There are also statistical anomalies that allegedly show voter fraud. You’ve also probably heard that the voting machine developer, Dominion Voting Systems Corporation, is owned, operated, or supported financially by Democrats and that it has ties to the Venezuelan government, where its machines were used to change votes to favor dictator Hugo Chavez. You should understand, and be thankful, that American courts don’t rule based solely on affidavits, statistics, or associations. This is an important American principle. They require evidence. None of these things are evidence.

Hundreds of people can sign affidavits. If these affidavits support evidence, they can make the evidence more persuasive. As you know from social media and fake news, many people are willing to state things that are wrong. Sometimes these people are innocently mistaken and sometimes they’re intentionally misleading, but they’re wrong in either case. The American justice system does not and should not rely on signed affidavits without at least the ability to cross-examine witnesses and the requirement to provide actual evidence, even if we “know in our hearts” that the allegations are true.

Statistics only show anomalies that need to be examined further; statistics can produce very strange results that are counterintuitive. The famous Monty Hall Problem, for example, seems to indicate that the host of a popular game show was helping contestants when in reality it’s just a strange consequence of probabilities.

I play in professional poker tournaments. This week I went for several days getting dealt a seemingly unnatural number of deuces. A depressing number of deuces. Given that there is one deuce for every 13 cards, when I’m dealt two cards, there is only a 15 percent chance of getting a deuce. That’s about one out of seven. And yet there were long stretches when I got dealt deuces one out of every two or three hands. There were even streaks of up to five hands in a row with a deuce. Was the dealer cheating? That’s what kept going through my head emotionally, but intellectually I know that anomalies just sometimes occur naturally. An anomaly is just a mathematically improbable occurrence but not an impossible one. Other times these anomalies are due to unknown factors that have nothing to do with fraud.

I’ve been involved in many software forensic examinations over the last three decades where the initial evidence looked suspicious. It meant that further examination was required. Many times the anomalies pointed to fraud, but sometimes they pointed to unknown but legitimate factors.

If Dominion Software was founded by registered Democrats, even well-connected Democrats, that may not matter. After I performed my own rigorous statistical analysis, I found that almost every company in America was founded and run by at least one Democrat or one Republican. Liberals use this kind of argument to attack any organization founded or financed by the Koch Brothers, Sheldon Adelson, or Peter Thiel. We conservatives should not stoop to this kind of guilt by association. And the U.S. legal system is designed not to consider it.

With regard to ties to Venezuela, my research showed that this is again an attack of guilt by association without evidence. In 2000, a company called Smartmatic was formed by three Venezuelan engineers to create electronic voting machines. The company was incorporated in Delaware and headquartered in Florida. The company’s technology was used in elections around the world, including in the United States. In 2004, Smartmatic’s voting machines won an international bidding process to be used for the presidential election in Venezuela, which was widely considered to be fraudulent. But no evidence was found that Smartmatic’s technology was the cause of the fraud, though there have been many reported instances of problems with their software.

The Committee on Foreign Investment in the United States (CFIUS) decided to investigate Smartmatic. At that point, the information from various sources is contradictory. While some sources say that Smartmatic sold its voting company subsidiary Sequoia Voting Systems, a California company, to Dominion in 2010, some sources say that Sequoia continued in business until it declared bankruptcy in 2014. Dominion says that it has no ties to Smartmatic and that it did not purchase Sequoia but rather certain assets of Sequoia. Dominion was founded in 2002 specifically to provide voting systems, and has competed for contracts with Smartmatic, so it doesn’t seem likely that Dominion would abandon its own software to replace it by reportedly unreliable software from Sequoia. It’s more likely that Dominion purchased assets like patents and customer lists.

A forensic examination of the Dominion software can find possible fraud and failures, and that would provide actual evidence for court. Here are some things to understand about that process.

Getting a company to turn over source code is a long process. As it should be. Computer source code is a company’s crown jewels, controlling the operation of its product. Releasing the software code to the public can allow hackers to find and exploit vulnerabilities in order to unleash viruses and manipulate results. We definitely don’t want this. If Trump’s lawyers can show that there is a reasonable suspicion of fraud or flaws in the software, a court would force Dominion to turn the code over to independent experts like me. The bar for this is fairly low, so if Trump’s lawyers can find anything suspicious, the court would almost certainly order Dominion to turn over its code. This is where the affidavits can help convince the court. My understanding is that the courts have already done so.

It’s very rare for software to be purposely fraudulent, because software code is reviewed by many people: software developers, software testers, product testers, business managers, beta customers, and regular customers. In this case it also gets independently reviewed to meet federal and state standards. I know of one case where Volkswagen biased its software to fake passing the emissions standards of the U.S. Environmental Protection Agency. But that fraud eventually got discovered. The Dominion voting electronic software has been in use for nearly two decades, yet, to my knowledge, no fraudulent activity has been found and no whistleblower has come forward.

Much more likely than outright fraud is that voting machines could have randomly occurring bugs that change votes. This can happen, for example when a variable in the software is not initialized. Suppose you want to store the number of votes in a variable called vote_count in the computer’s memory. The software should initialize the value of vote_count to 0 and then increment the variable for each vote. Suppose the computer programmer forgets to write the software code to initialize vote_count to 0 when the computer program starts running. When you turn on the computer, the memory contains all zeroes, so the variable vote_count gets initialized to 0; there’s no problem. But suppose that once in a while, because of a power surge for example or because of a program that ran right before the voting program ran, the computer’s memory starts out holding random numbers. Then vote_count will start at some value other than zero. It could be a positive number or a negative number. The entire vote count would be wrong, but only under certain hard-to-predict circumstances. This uninitialized variable problem is not uncommon and is something that can be ascertained by forensic experts examining the software code.

I’ve recently learned that legal actions challenging Dominion’s voting machines were filed in Georgia in October 2019, and almost certainly in other states, but Dominion delayed turning over the source code to independent experts until September of this year. While some of this delay was due to COVID-19, much of it was simply due to Dominion’s refusal. This has been an increasingly disturbing tactic in litigation by defendants to drag on a case an impede the work of the experts. Companies understandably want to protect their code, but courts must start imposing high penalties for such delays after a court order to do so, because this stalling tactic only delays justice.

According to the Georgia court records, very credible examinations by experienced experts have been presented in the Georgia case and elsewhere to show that bugs and other vulnerabilities exist in the Dominion software.

These experts also found the possibility of hacking by cybercriminals. All software has vulnerabilities, but it takes extensive effort to find them and exploit them to make changes in the software output, in this case the recording of votes. The software forensics experts and cybersecurity experts credibly showed that the possibility of hacking exists in the Dominion software.

But showing that software has bugs and vulnerabilities, as all software does, is also not evidence that a crime was committed, just as showing that you left your front door unlocked is not evidence that your neighbor entered and stole your TV. The Georgia court’s decision not to order an injunction on the use of Dominion voting machines essentially rests on the fact that changing the voting process at the last minute would not only be extremely burdensome, but it would produce its own considerable potential for inaccuracy and fraud. The proposed solution would not cure the problem.

Trump’s lawyers are currently going to the media and declaring that there was fraud without presenting any actual evidence of fraud but only evidence that fraud was possible. This is irresponsible; it will cause national panic, possibly violence, and increase the public’s already high distrust of government. If they can find evidence that the machines actually changed the vote, whether accidentally or by malevolent interference, they should present that evidence to a court, and justice will most likely prevail, as I believe it did in Al Gore’s challenge to the election of George W. Bush in 2000. If the evidence is not there, then releasing inflammatory statements based on speculation, as they are currently doing, is unethical and dangerous to the future of our country.

Bob Zeidman is the creator of the field of software forensics and the founder of several successful high-tech Silicon Valley firms, including Zeidman Consulting and Software Analysis and Forensic Engineering. His latest venture is Good Beat Poker, a new way to play and watch poker online. He is the author of textbooks on engineering and intellectual property as well as screenplays and novels. His latest novel is the political satire Good Intentions.