The Michigan GOP is behaving strangely – and very badly 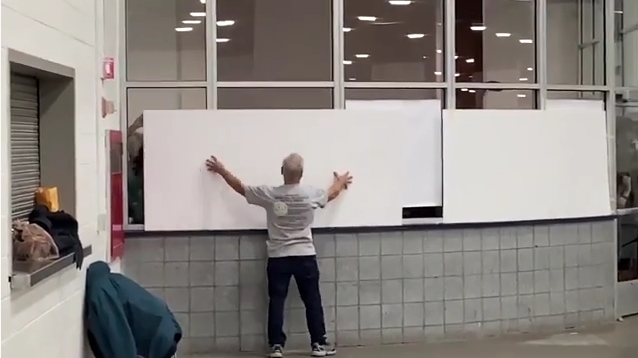 For a while there, it looked as if the elections board in Wayne County, Michigan, which is home to Detroit, would refuse to certify its election results based upon evidence of fraud. Two Republican board members, however, abruptly collapsed and the county certified the votes. Then, in another strange step-down, the state senate’s majority leader, a Republican, announced that his team was all in for Biden. What the heck is going on?

Tuesday evening started off well for the Trump team when news break that the elections board in Wayne County felt it could not certify the results. Detroit is in Wayne County and it’s both Michigan’s largest metropolis and the site of some of the most obvious and egregious fraud in terms of accepting illegitimate ballots.

Wow! Michigan just refused to certify the election results! Having courage is a beautiful thing. The USA stands proud!

Flip Michigan back to TRUMP. Detroit, not surprisingly, has tremendous problems! https://t.co/RHhuoSMICg

More votes than people, and that is the least of it!!! https://t.co/mSO4Ufwn2g

So was Kayleigh McEnany:

After presenting 234 pages of sworn affidavits raising allegations of fraud in Wayne County, Michigan voting, the Wayne County Board of Canvassers has DECLINED to certify their portion of the Michigan vote.

And then, suddenly, two Republicans went from stalwart to mush after they were hit by the race card

The elections board in Wayne County, Michigan’s largest metropolis and home to the city of Detroit, initially refused Tuesday night to certify the results of its Nov. 3 election before an angry outcry led two Republican members to compromise and approve results showing Joe Biden won.

But during a tense public comment meeting that followed, angry residents raised issues of race, suggesting majority black voters in Detroit were being disenfranchised. From the sidelines, Democratic congresswoman Rashida Tlaib joined the protest, suggesting the GOP opposition to certification amounted to racism.

“The Republican members of the Wayne County Board of Canvassers put politics above their duty to our residents,” Tlaib tweeted. “Suggesting that all of Wayne County can be certified, EXCEPT for Detroit, is horrifying racist and a subversion of our democracy.

The two GOP board members then agreed to a compromise of certifying the results provided the count send a demand that Michigan’s Secretary of State conduct a “comprehensive audit” of “unexplained precincts.”

And yes, it’s clear that the race card was what made the difference:

A Dem on the board in Wayne gives two reasons to approve the votes:

A) The primary elections – which are an inner party thing and not the same as a general election – got approved despite bigger issues.

B) It’s racist not to approve.

But that wasn’t the end of the craziness coming out of Michigan. The State Senate Majority Leader, Mike Shrikey, a Republican, came down strongly on the side of . . . Joe Biden:

Democrat Joe Biden is the president-elect, and while Michigan’s Republican-led Legislature is investigating the election, it will not award the state’s 16 electors to GOP President Donald Trump, Senate Majority Leader Mike Shirkey told Bridge on Tuesday.

Hundreds of activists who protested at the Michigan Capitol on Saturday repeated the president’s unproven claims of widespread voter fraud, urging lawmakers to “stop the steal” by choosing their own pro-Trump representatives to the Electoral College.

Conservative groups have also started phone and letter-writing campaigns in an attempt to persuade legislative Republicans to decide the election for Trump.

“That’s not going to happen,” Shirkey, R-Clarklake, said in a wide-ranging interview with Bridge Michigan. He noted state law awards electors to the winner of the state’s popular vote. And Biden won the state by more than 146,000 votes, according to unofficial results.

Is it paranoid and unrealistic of me to think that this is not a principled stand but, instead, reflects either the result of either threats or promises? Alternatively, it is a reminder that the Republican party doesn’t like Trump any more than the Democrat party did.

For years, the GOP has not been conservative. Instead, it’s been leftist lite, rather like the Tories in England. Republican politicians and bureaucrats have been feeding at the same public trough as their Democrat colleagues and enjoying the same power perks too. To the extent that Trump has been disrupting that corrupt system in favor of the people, and that he promises to continue doing so in his second term, is anathema to the GOP.

At this point, with the Republicans as useless as the Democrats are corrupt, it’s up to Trump’s legal team to make good on Sidney Powell’s promise that they’re going to release the Kraken.