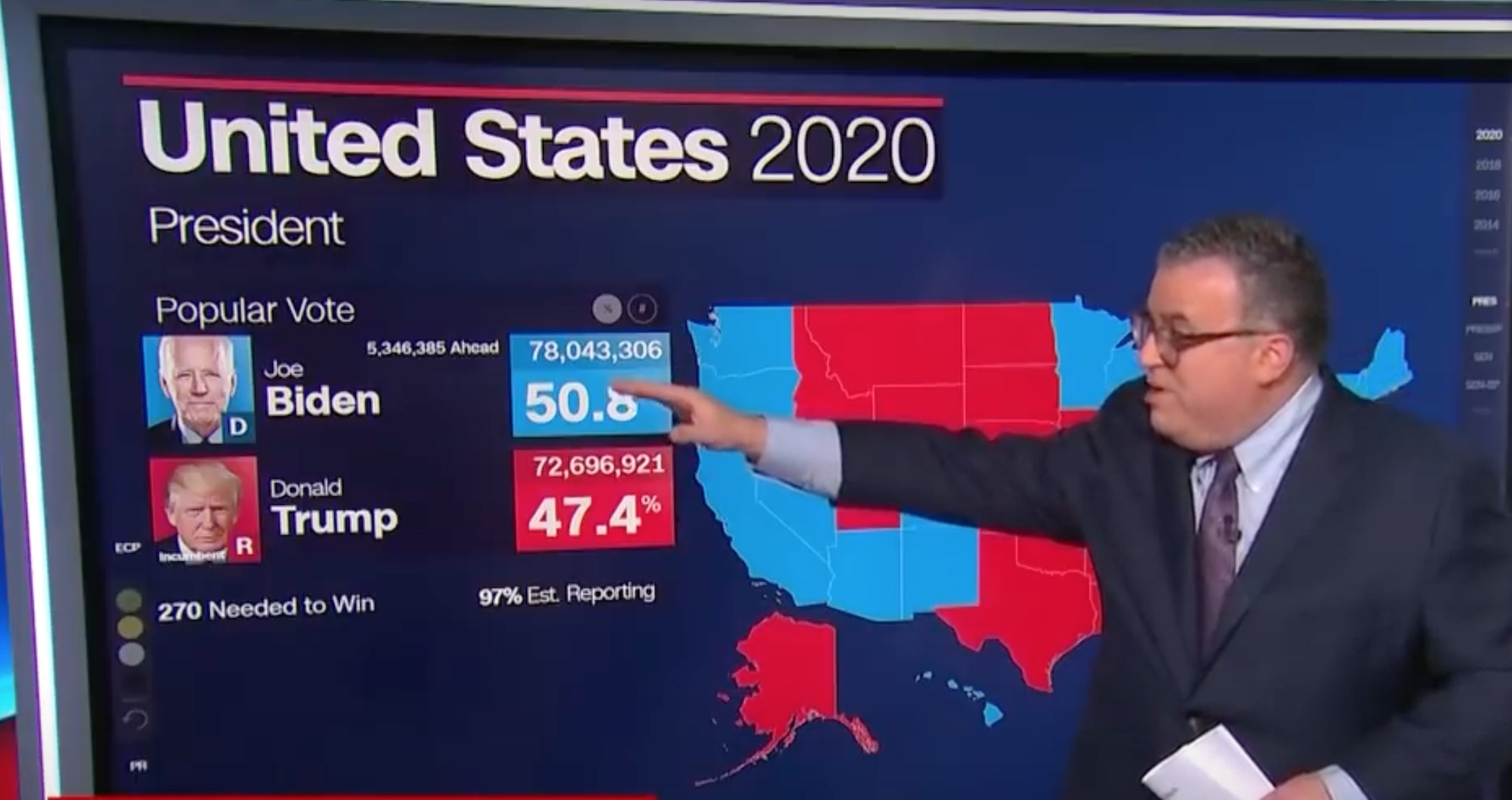 This week in New York City, the Rockefeller Center Christmas tree was raised. I’ve watched the video several times, and it’s like watching a train wreck — I can’t look away. As it was raised, many of the tree’s lower limbs fell off, revealing incredibly large gaps. Unless a magician is in charge of decorating the tree, it will end up being the perfect symbol for 2020, a frightening reminder of the horribleness of this year. 2020 is the year of everything ugly.

Many of us, understandably, just want to move on to 2021, to a time that might just be better. But in our rush to move forward, we should not ignore real issues that need to see the light of day, regardless of the outcome.

While many Americans and most news outlets are moving forward with a presumptive win for Democratic nominee Joe Biden, we should all remember that 2020 is not over yet. Many Americans believe that the election was held unfairly and that the current reported outcome is inaccurate.

According to a poll sponsored by the Economist and conducted by YouGov, an overwhelming majority of Trump voters, 86 percent, believe that Biden “did not legitimately win the election,” while 73 percent indicated that we’ll “never know the real outcome of this election.” Considering that Trump voters accounted for roughly half of the total, over 40 percent of our voters don’t believe the election was legitimate. This is a real problem for the future of our country.

Even if you believe that the election was fair and Biden did win, these numbers should make you stop and think about the long-term impact of a lack of trust in American elections. Going through the process correctly to ensure transparency and visibility should be everyone’s top goal. If the election was conducted correctly, there should be no issue with bringing everything to light.

Some might argue that we should just move on, but throughout our nation’s history, we have let the process work. In 2000, the George W. Bush/Al Gore contest was not decided until Dec. 9, when the Supreme Court decided (5-4) for Bush’s stay of the Florida Supreme Court decision. In 1824, no one won the Electoral College. The winner, John Quincy Adams, was decided by the House of Representatives in February of the following year.

The election of 1876 between Rutherford B. Hayes, the Republican governor of Ohio, and Samuel Tilden, the Democratic governor of New York, resulted in Hayes becoming president due to an unwritten 1877 compromise. The compromise? The four states that had 20 unresolved electors pledged them to Hayes on the condition that the Republicans pull federal troops out of the South. This led to the end of Reconstruction.

Once the federal troops were removed, many white Republicans fled the South, and control of the Southern state political structure was solidified by Democratic “Redeemers,” who went on to disenfranchise blacks.

The founders created a complex system that balances popular votes, the federal system, state size, and an understanding that pure democracy could lead to rule by a simple majority and leave little room for political compromise. They also provided a process that included legislatures — legal remedies. This was the path that Gore took in 2000. Trump has every right to work through the system, as did Gore.

In my home state of Georgia, attorney L. Lin Wood Jr. has filed an emergency motion for injunctive relief with the courts against the Georgia secretary of state. One of his arguments is that a March 2020 agreement changed the process for verifying signatures on absentee ballots, and that this was not approved by the state legislature, which constitutionally controls the election. This would make the election unconstitutional and the results invalid.

What do we know about the change of process of absentee signature verification? It was more laborious than what had been laid out by the state legislature. In 2018, absentee ballots were rejected in Georgia’s election for signature mismatches at a rate of 3.5 percent. In the 2020 election, with the changes agreed to by the Georgia secretary of state but not approved by the legislature, the rejection rate was 0.3 percent, a reduction of 92 percent.

While we don’t know what the rest of 2020 will hold, to ensure a solid foundation for our nation, we must have a system that the majority of voters trusts.

To find out more about Jackie Gingrich Cushman, and read features by other Creators Syndicate writers and cartoonists, visit www.creators.com.