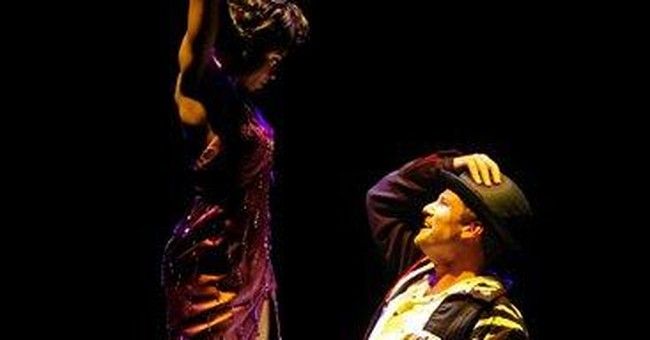 A Broadway star is not having Washington Governor Inslee’s latest round of orders delivered to the residents of that state. Seattle native Chad Kimball, a Tony Award-nominated actor, says that he will “respectfully disobey” the governor’s latest restrictions due to the coronavirus pandemic. His resistance is strongest against the guidelines limiting religious services and participation in religious services in the State of Washington.

Two days ago I wrote about Governor Inslee’s new restrictions, which include but are not limited to banning Thanksgiving celebrations outside of members of an individual household, no indoor dining, all retail stores, including grocery stores, are limited to 25% occupancy, and no lingering in seated areas is allowed. He went on to limit religious services to 25% occupancy or no more than 200 people. Masks are mandatory and there is a ban on choirs, bands, or ensemble performances during services. The limits in religious services also include a ban on congregational singing. However, vocal or instrumental soloists are permitted to perform. Vocal soloists may have a single accompanist.

Kimball is a Broadway performer and he is a COVID-19 survivor. He was infected in March and recovered. He speaks about leaning on his faith to see him through the illness. His objection centers around his belief that Governor Inslee has overstepped his authority. Last March he encouraged people to social distance and now thinks public officials have gotten carried away. He uses the word tyranny now. The governor justifies his actions because coronavirus cases are spiking in the state.

Responded the actor in yesterday’s tweet, “Respectfully, I will never allow a Governor, or anyone, to stop me from SINGING, let alone sing in worship to my God. Folks, absolute POWER corrupts ABSOLUTELY. This is not about safety. It’s about POWER. I will respectfully disobey these unlawful orders.”

Kimball, who in interviews has said he relied on his Christian faith to deal with fear during his illness, included the hashtags “#inslee #Tyranny #truth” with his post. In Instagram posts chronicling his illness last March, the actor endorsed social distancing, calling it “an act of love, respect, self-sacrifice and compassion,” but he has been increasingly outspoken in his opposition to government guidelines with regard to COVID-19, tweeting in recent weeks that he was “leery of the dictates, mandates & edicts.”

“I understand – err on side of safety, but safety is feeling arbitrary, obtuse & fraught with inchoate science,” he wrote last month. “The ‘cure’ doing more harm than good. IMHO. Trying to b patient. Trying to b kind. I’m sad for people.” Later in October he tweeted, “As a Christian, I serve the ‘common good’ by rolling up my own sleeves, and relying not on the government to do the service for me…”

In response to Inslee’s indoor dining shutdown in the wake of Washington’s spiking COVID rates, Kimball recently wrote, “I respectfully implore you to open your eyes to this swiftly gathering ‘benevolent’ TYRANNY. HURTING MORE THAN HELPING.”

Fellow Broadway actors reacted – some gently reprimanding his tweets, others not so gently.

The 43-year-old actor’s Come From Away costar Sharon Wheatley was among the many in the Broadway community who called out Kimball, some more politely than others. “I respectfully totally and completely disagree with you,” Wheatley tweeted. “I respectfully feel you are very much on the wrong side of this. I FaceTimed with you when you had Covid, Chad. You were very sick. I remember. It scared me. I love you like a brother, but I disagree with you.”

Tried to think of something clever to say but just got more and more angry.

246,000+ dead
Entire industries shut down, including the one you’re in.
A medical community full of people putting their lives on the line to take care of others, including you.

This is fucking moronic https://t.co/uxNVJxNjLf

This actress is particularly nasty to Trump, Trump supporters in her Twitter feed, and her fellow Broadway actor. She’s the “Original Princess Anna” in the Broadway production of “Frozen”. Charming example for the young audiences, right? Chad can just be alone the rest of his life, you know.

No one said you can’t sing. You can sing. Alone. In your own home. Possibly for the rest of your life, after this tweet. https://t.co/CHMznO5dZc

Kimball responded because this is how Twitter works. He pointed out that he didn’t say that everyone should stop wearing masks. He is addressing political overreach.

To be clear: nobody is going maskless. The overreach – in my opinion! – is not being able to sing even WITH a mask. No singing WITH a mask ON. Everyone will continue wearing masks. With respect and with hope and with care.

He’s right, of course. Governor Inslee went overboard by trying to put a complete halt to singing in church. It is reasonable for church members to sing during worship services with masks on, which we would assume they are wearing anyway inside the church. The number of people inside the church is limited which allows for social distancing. People can exercise their freedom to worship together while also keeping each other safe from the spread of the virus.