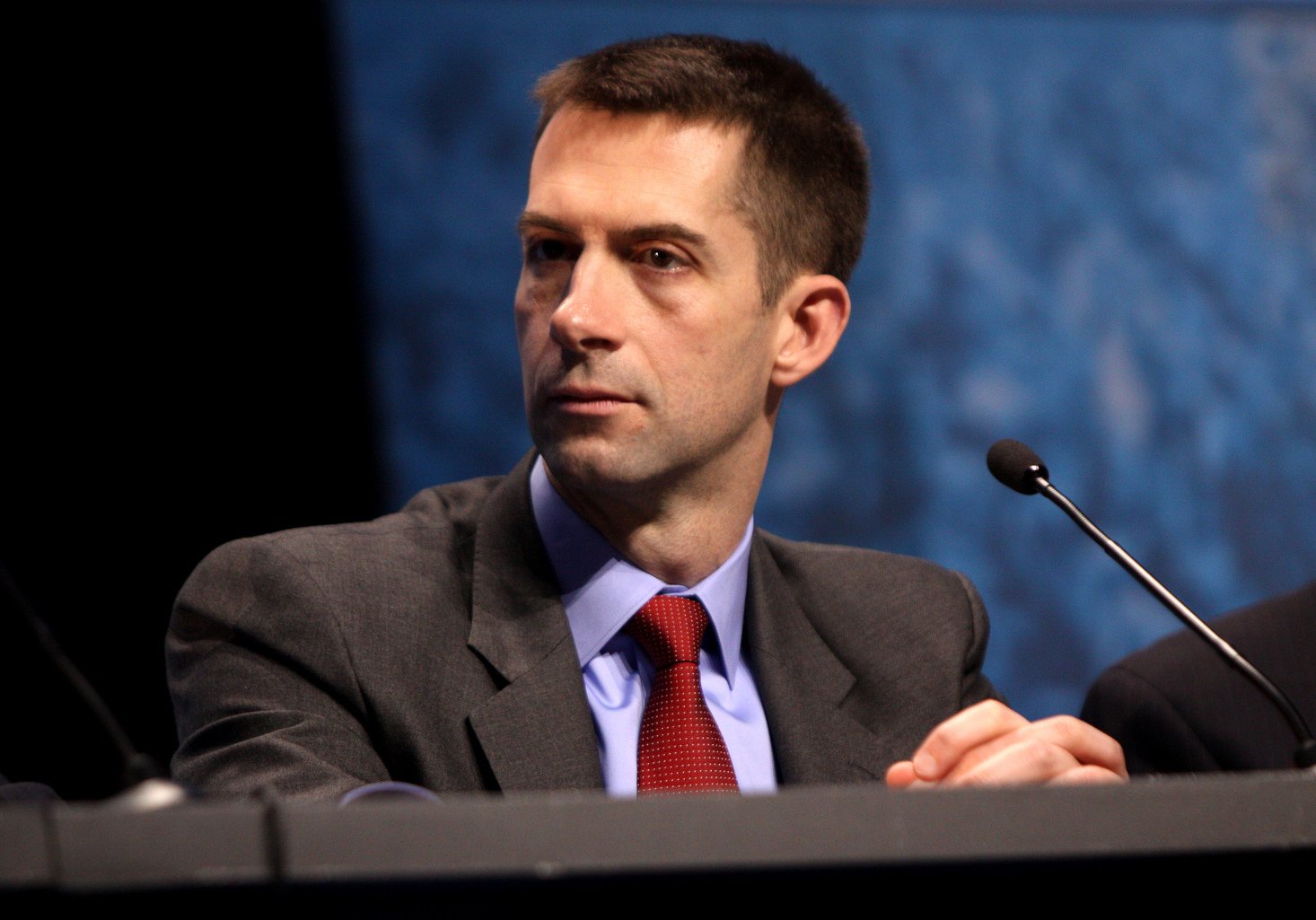 Sen. Tom Cotton of Arkansas took to the Senate floor on Wednesday to celebrate the 400th anniversary of the Pilgrims’ arrival in America on the Mayflower, lamenting that the founders’ story has “fallen out of favor in fashionable circles” these days.

“This year we ought to be especially thankful for our ancestors, the Pilgrims, on their four hundredth anniversary. Their faith, their bravery, their wisdom places them in the American pantheon,” Cotton said. “Alongside the Patriots of 1776, the Pilgrims of 1620 deserve the honor of American founders.”

Cotton pushed back on attempts from the left to rewrite history and squash celebrations of the Pilgrims.

“Revisionist charlatans of the radical left have lately claimed the previous year as America’s true founding,” Cotton said, referring to the New York Times’s 1619 project. “Nothing could be further from the truth.  The Pilgrims and their Compact, like the Founders and their Declaration, form the true foundation of America.”

Cotton outlined the importance of the long and difficult journey the Pilgrims took on the Mayflower 400 years ago to seek religious freedom in a new land, often facing “hardships, the dangers, and doubts” and problems with their ship.

The “first founders,” he said, despite being accompanied by non-religious “Strangers” including “craftsmen, traders, indentured servants, and others added to the manifest by the ship’s financial backers for business reasons,” were alone when they arrived by “grace of God and the skill of the crew.”

“They had now no friends to welcome them, nor inns to entertain or refresh their weather-beaten bodies; no houses or much less town to repair to, to seek for succor,” Cotton said. “And for the season it was winter, and they that know the winters of that country know them to be sharp and violent, and subject to cruel and fierce storms, dangerous to travel to known places, much more to search an unknown coast.  Besides, what could they see but a hideous and desolate wilderness.”

“The Pilgrims understood that liberty, prosperity, faith, and flourishing are only possible with order, and that while safety may be the first responsibility of government, it’s not the highest or ultimate purpose of government,” Cotton said.

“There, aboard that rickety old ship, tossed about in the cold New England waters, the Pilgrims foreshadowed in fewer than two hundred words so many cherished concepts of our nation. Faith in God and His providential protection.  The natural equality of mankind.  From many, one.  Government by consent.  The rule of law.  Equality before the law, and the impartial administration of the law.

Despite hardships and starvation that they faced during the harsh winter, the pilgrims prevailed and prospered with the help of an Indian named Squanto and his adopted tribe, leaving a legacy for centuries to come.

“As the Pilgrims recovered and prospered throughout 1621, they received the blessings of a bountiful fall harvest,” Cotton said. “The Pilgrims entertained Massasoit and the Wampanoags and feasted with them, to express their gratitude to their allies and to give thanks to God for His abundant gifts.  This meal, of course, was the First Thanksgiving.”

Progressives and corporate media, including Rep. Ilhan Omar and other blue checkmarks on Twitter, immediately pushed back on Cotton’s remarks, calling the senator a racist and white supremacist for his celebration of American history.

“While Americans Die Of COVID, Tom Cotton Gave A 15-Minute Rant About Honoring Pilgrims,” read a headline at Refinery29.

When your sense of history doesn’t go beyond your 3rd grade coloring books and actual history terrifies you. https://t.co/gaVeDRgaMW

The fact that overt white supremacist, Tom Cotton, ran unopposed by a Dem is a great example of why the party needs new leadership. https://t.co/2TBjor3JNm

Tom Cotton pontificated on the virtue of government, the pilgrims, and the “natural equality of mankind” like the slaughter of Native Americans, and the enslavement, lynching, and dehumanization of Africans and their descendants never happened.

He’s such a racist piece of trash.

Don’t you just hate it when history is inconvenient/uncomfortable?

You can read more about the Pilgrims and the importance of the year 1620 at The Federalist’s 1620 Project.