Virginia Rolling the Dice on Casinos and Marijuana 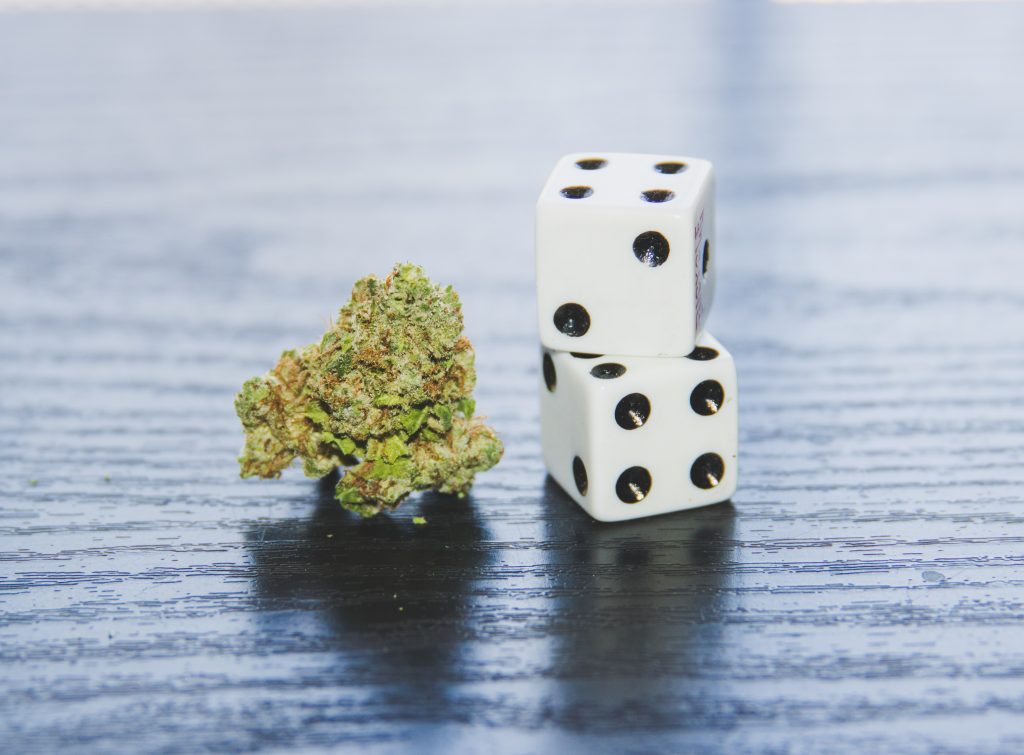 The Commonwealth is opting for woke capitalism, addiction, and vice over social virtue and union jobs.

“My confidence,” wrote Thomas Jefferson, “is that there will for a long time be virtue and good sense enough in our countrymen to correct abuses.” James Monroe, another Virginian who ascended to the presidency, alternatively declared: “Let us by wise and constitutional measures promote intelligence among the people as the best means of preserving our liberties.” Both men, who were also governors of the Commonwealth (the second and twelfth, respectively) would eat their words if they knew of the latest political initiatives in their beloved Old Dominion.

On Election Day, voters in four Virginia cities—Bristol, Danville, Portsmouth, and Norfolk—expressed their endorsement of local casinos by nearly 2-1 margins. These local plebiscites followed a measure passed by Virginia’s General Assembly earlier this year that permitted these municipalities to consider gambling as a means of rejuvenating their hard-hit economies. The state capital of Richmond also secured lawmakers’ approval to consider a casino, though the city decided to wait one more year before putting the question on the ballot.

Not to be outdone in exploiting vice for the sake of government revenue, Virginia Governor Ralph Northam on 16 November declared his support for legalizing marijuana in the Commonwealth. “We are going to move forward with the legalization of marijuana in Virginia. I support this, and I’m committed to doing it the right way,” the governor declared in a news briefing. Such a measure would make Virginia the first Southern state to legalize marijuana.

Of course, both these initiatives are presented as economic boons. The casinos will likely create thousands of jobs and generate tens of millions of dollars in local city tax revenue in areas suffering economic distress. A study commissioned by the state legislature this year argued that legalizing marijuana could eventually generate about $300 million in annual sales tax revenue.

Advocates of both measures have tied the initiatives to identity politics. Robert Gray, chief of the local Pamunkey Indian tribe, which aggressively canvassed in favor of the Norfolk casino, praised the “tremendous display of support” from the Norfolk community. Northam in turn argued that his decision was motivated by studies showing that persons of color are almost three times more likely to be arrested than white people despite similar rates of marijuana use. He promised that the Virginia marijuana industry would be “equitable” for communities of color.

Yet others have also warned that increasing access to gambling and drugs hurts minorities and economically vulnerable communities. Citizens for an Informed Norfolk argued that that the casino was being pushed into a low-income, predominantly black area along the waterfront. Residents in Danville, fearful of the same predatory nature of the gambling industry, complained that their proposed casino would also be in low-income neighborhoods. Alternatively, even in localities where marijuana is now legal, blacks are still disproportionately targeted for marijuana crimes, creating what one black pastor has labeled a “double” crisis for the black community.

Identity politics aside, it’s interesting that these two initiatives follow the July defeat of the once widely-hailed Atlantic Coast Pipeline, after local energy giant Dominion Power had sunk billions into the failed project. If passed, the ACP would have brought a significant resurgence to at least one of the aforementioned Virginia cities, Norfolk, which would likely have become a natural gas exporting terminal, as TAC noted at the time. Another natural gas initiative, the Header Improvement Project, was likewise abandoned in November by Virginia Natural Gas following objections on environmental grounds, according to a local conservative Virginia blog.

In effect, instead of creating jobs and increasing revenue via the energy sector, the Old Dominion will profit off of gambling addicts and weed sales. The losers are union workers at companies like Dominion; the winners are woke capitalists. TAC also reported in July that most of the newspapers in Virginia — which campaigned against the ACP — were owned by a company, Berkshire Hathaway, that would acquire Dominion’s natural gas operations. The Norfolk casino project is meanwhile sponsored by Tennessee billionaire Jon Yarbrough.

Despite all the recent fanfare regarding casinos, the record for true economic growth is spotty at best. As a 2016 article in The Atlantic explained: “a significant portion of casino revenue now comes from a small percentage of customers, most of them likely addicts.” The same piece added: “At least nine independent studies demonstrate that problem gamblers generate anywhere from 30 to 60 percent of total gambling revenues.” Studies have shown that as much as 80 percent of the money lost at American casinos comes from people in households earning less than $50,000 per year, as noted in a 2018 TAC article. Poverty and addiction, not wealth generation, are the true fruits of a casino industry that preys on already depressed regions.

Admittedly, whatever the harmfulhealth, social, and economic effects of marijuana (and there are many), the ship may have sailed on trying to keep the substance widely illegal, even given continued federal opposition. As more states legalize the narcotic, it will become increasingly difficult for some jurisdictions to hold out. Nevertheless, endorsing marijuana’s legalization and widespread distribution — when it will undoubtedly have manifold negative effects — is not the kind of thing any conscientious politician should consider a feather in the cap of his political legacy. Indeed, the irony is compounded in Virginia by the fact that the Commonwealth’s marijuana legalization is championed by a former U.S. Army medical doctor.

George Washington once wrote: “It is substantially true, that virtue or morality is a necessary spring of popular government. The rule, indeed, extends with more or less force to every species of free government.” The polis, in other words, depends upon virtuous citizens. James Madison, yet another of that first generation of great Virginia statesmen, similarly argued:

“That the foundation of our national policy should be laid in private morality. If individuals be not influenced by moral principles, it is in vain to look for public virtue; it is, therefore, the duty of legislators to enforce, both by precept and example, the utility, as well as the necessity, of a strict adherence to the rules of distributive justice.”

It is then a certain cruel irony given all of the recent chatter about the alleged institutional racism that still plagues Virginia, the Old Dominion now enshrining laws which will exploit a new generation of Virginians, invigorating new cycles of poverty that will only further unravel our already strained social fabric. It is not a legacy that the “Virginia Dynasty” would be proud of.