After Insulting Trump Voters For Years, NYT Writer Complains Reaching Out To Them Is A ‘Waste Of Time’ 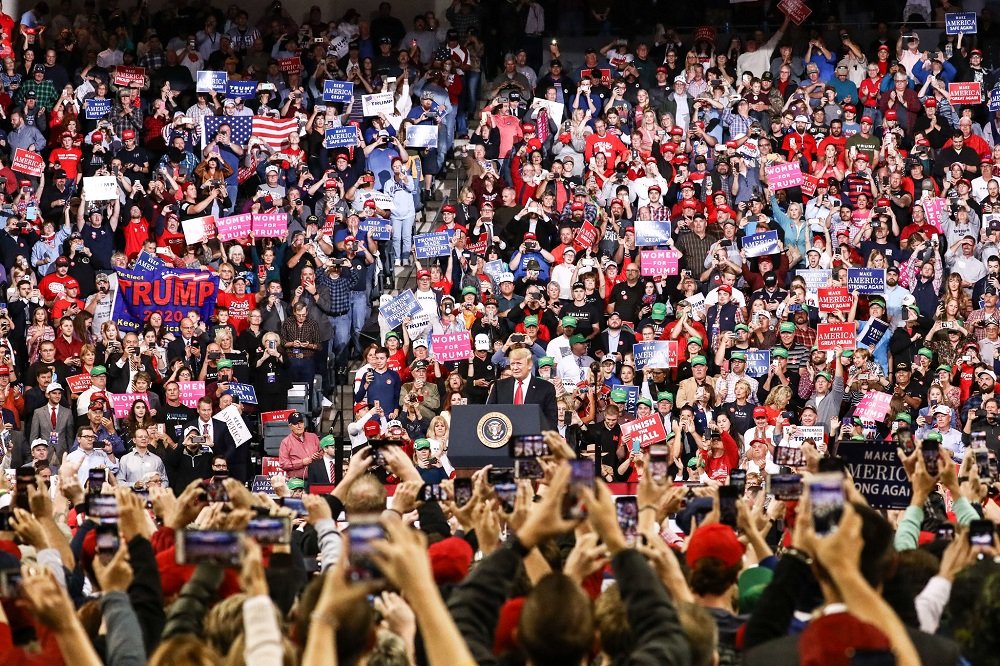 A New York Times contributor complained that those who voted for President Donald Trump this election refuse to have “productive conversations” with him. Unsurprisingly, it turns out this same writer has spent the better part of the last year insulting and mischaracterizing the very type of person he claims to have attempted to “reach out” to.

New York Times contributor and self-proclaimed member of his own “resistance,” Wajahat Ali, wrote an article published Thursday in which he explained these efforts to “reach out” were not actually listening or having conversations with Trump supporters, but offers to give politically-charged speeches to audiences in red states. He lamented these efforts were made impossible because many Trump voters have accepted the president as “an extension of their id, their culture, their values, their greed.”

“I assumed I could win over some Trump supporters whose frustrations and grievances had been manipulated by those intent on seeing people like me as invaders intent on replacing them,” he added.

My latest for the @nytimes on “reaching out” to Trump voters. I tried. Don’t waste your time.

Now, I will look forward to all the lovely, totally not racist emails in my inbox that will prove my article. https://t.co/x5EiPVg7vE

He concludes the article by stating that attempting to contact Trump supporters is “not worth it” and encourages big tech censorship against conservatives and the president.

“Don’t waste your time reaching out to Trump voters like I did. Instead, invest your time organizing your community, registering new voters and supporting candidates who reflect progressive values that uplift everyone, not just those who wear MAGA hats, in local and state elections,” Ali wrote.

“Work also to protect Americans against lies and conspiracy theories churned out by the right-wing media and political ecosystem,” he added. “One step would be to continue pressuring social media giants like Twitter and Facebook to deplatform hatemongers, such as Steve Bannon, and censor disinformation.”

While Ali tries to characterize himself as someone who “tried” to have discussions with people who believe differently than him, he has consistently shown he has no interest in empathizing with conservatives.

Days after the Nov. 3 election, Ali, a Muslim, insulted Christian Americans claiming that they were “betraying everything [Jesus] fought and died for just to protect Trump.”

This really pissed of Trump supporters and they responded by being both racist AND Islamophobic. Classy. And, yes, Muslims revere* Jesus peace be upon him as a major prophet. You are betraying your faith with your idolatry of Trump. Sincerely, a Jesuit Catholic high school alum.

He then called Trump supporters “fragile” and said they are “scared of their own shadows bc it’s black.”

The reality is many of these Trump supporters on television, radio, & social media cosplay as tough, fearless, alpha warriors, but they’re the most terrified, fragile people on Earth. The world’s most brittle, porcelain teacups. They’re scared of their own shadows, bc it’s black.

In 2019, Ali told CNN’s Anderson Cooper that Trump and “a part of his base” are racists who peddle white nationalism and supremacy. He even likened the president to the Pittsburgh synagogue shooter.

He repeated some of the same rhetoric, calling Trump a racist on MSNBC.

Earlier this year, Ali echoed the racism narrative, calling white Republican voters racists and claiming that they would choose to burn down their own house before renting it to someone who isn’t white.

If you think this is an exaggeration, you should study US history. Look at what many white communities did after desegregation. Some shut down the local pools instead of allowing equal access for everyone.

He also claimed that Trump voters are in a cult full of “immense personal pain and suffering.”

At most, we will win over some, but only after they experience immense personal pain and suffering. But the rest are lost. It’s going to be a long, ugly, violent death rattle of a death cult. I would love nothing more to be wrong, but sadly I don’t think I am.

At the beginning of the year, Ali joined CNN’s Don Lemon and guest Rick Wilson making fun of Trump supporters’ intelligence after one of them said Trump “couldn’t find Ukraine on a map if you had the letter ‘U’ and a picture of an actual, physical crane next to it.”

Ali joined in Wilson’s southern-accent mocking spiel, saying “you elitists, with your geography and your maps and your spelling.”

“Yeah, your readin’, your geography, knowing other countries, sipping your latte,” Ali added as Lemon cried tears of laughter.

America, this is what CNN thinks of you…
pic.twitter.com/puuVjRLlw1

Even after receiving backlash, Ali said he would not apologize for his crude behavior.

We did. Not going to apologize for it either. If you’re willing to believe and promote these absurd and dangerous lies, well, you deserve to be mocked for it: “CNNs Don Lemon Cracks Up As Rick Wilson, Wajahat Ali Trash Trump Supporters As Ignorant Rubes” https://t.co/gK3s42yj6c

Ali also insulted Trump 2020 Campaign Senior Advisor for Strategy Steve Cortes, a Hispanic, telling him “they will never love you.”

Tonight, my CNN colleague ⁦@WajahatAli⁩ resorted to the most racist and condescending insult I’ve ever heard, telling me “they will never love you.” As if I’m some brown fool earnestly trying to earn the favor of white Trump supporters. Shameful. https://t.co/l0xDCB5CuM

Despite data showing otherwise, Ali actively promoted the idea that Trump and Republican governors caused surges of COVID-19 and “sacrificed their own people and their state’s safety during a pandemic just for Trump.”

Republican governors like Greg Abbott sacrificed their own people and their state’s safety during a pandemic just for Trump. I hope Texans remember.

“The surge in coronavirus cases in the US, which has set new daily-case records 5 times in the past 9 days, is being driven largely by states that were among the first to ease virus restrictions as they moved to reopen their economies.” – NYT

Congratulations, Republican Governors, Fox News and Trump supporters. Was it worth it?

In addition to some of his broadcasted and tweeted insults, Ali has also penned multiple articles accusing Trump of being authoritarian by creating “a uniquely hostile climate for individuals simply trying their best to do their job of reporting the news” or perpetuating the spread of white supremacy and radicalization in the United States.

“Trump has unpredictably emerged as a fickle, thin-skinned narcissist whose tiny fingers tweet perpetual victimhood, bile and hate against critics and enemies, real or imagined, even though he occupies the greatest seat of power and privilege,” he wrote in the Guardian in 2019.

Despite his public disdain for Trump and conservatives, Ali’s most recent article was lauded by the left and echoed by journalists from the Washington Post, Business Insider, the New York Times, and more.

“I could not agree more,” said Jennifer Rubin, a self-proclaimed “NeverTrump” opinion writer for the Washington Post.

I could not agree more! ‘Reach Out to Trump Supporters,’ They Said. I Tried. https://t.co/1N3gjxGP13’

Brilliant: “We cannot help people who refuse to help themselves. Trump is an extension of their id, their culture, their values, their greed. He is their defender and savior. He is their blunt instrument. He is their destructive drug of choice.” — @WajahatAli https://t.co/yxtpbCPf2S

“We cannot help people who refuse to help themselves. Trump is an extension of their id, their culture, their values, their greed. He is their defender and savior. He is their blunt instrument. He is their destructive drug of choice.” https://t.co/gMBc9zrN6O

Why would I reach out to Trump supporters when I have em’ in my family.

‘Reach Out to Trump Supporters,’ They Said. I Tried. https://t.co/sD0RNcSJs3