Rand Paul Talks Trump, War, and Why the Cheneys Still Have ‘Blood on Their Hands’ 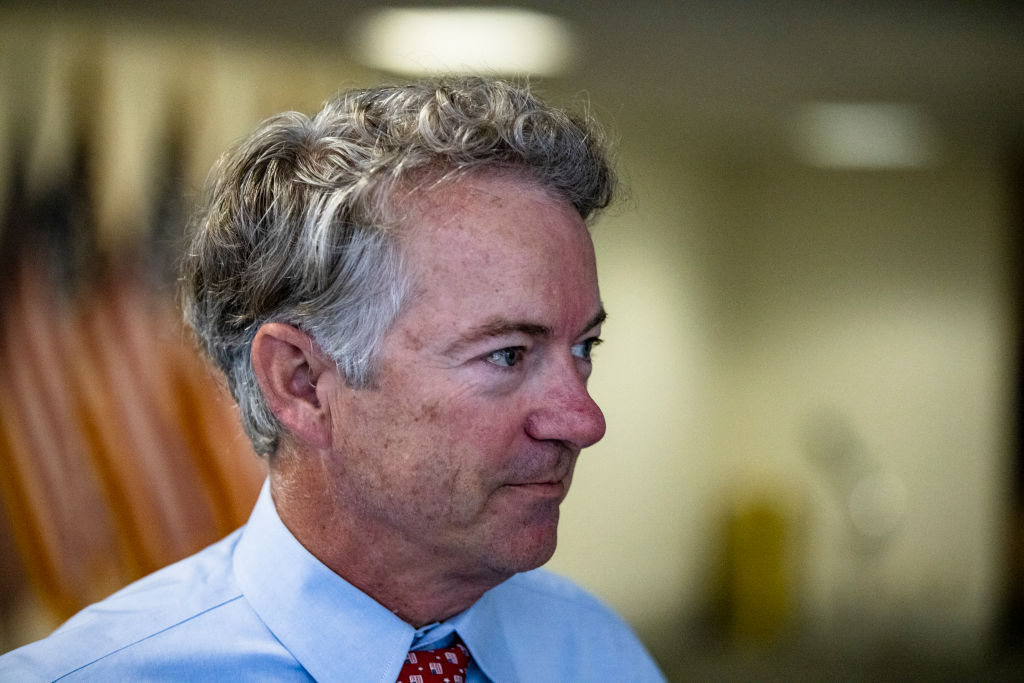 The Senate’s most visible advocate of a sane foreign policy spends a little time with TAC.

It’s strange to think but Rand Paul is something of an institution now. He’s still an insurgent, of course, as he always has been, but he’s been a member of the Senate for almost a decade. He was first elected all the way back in 2010 on a platform of Tea Party government-cutting and the more restrained foreign policy first brought to a Republican debate stage by his father Congressman Ron Paul.

“My dad began the process of bringing libertarians and people from a less hawkish foreign policy into the Republican Party,” Paul told me on a phone call. “And we’ve kept that going, though we’re not there yet.”

Since then, Paul has fought some winning battles and plenty of losing ones, though always grounded in a commitment to liberty at home and realism abroad. For a brief moment in 2013, public opinion was even on his side, as he stood on the Senate floor for almost 13 hours to filibuster against the Obama administration’s refusal to rule out using drones against American citizens on U.S. soil. Yet he’s also struggled to bring about change on issues like surveillance and war powers.

These days, Paul has found himself closer to the seat of power. He’s emerged as something of a Trump whisperer, coaxing the president to follow his better instincts on foreign policy, countering the influence of more hawkish advisors like John Bolton.

“I think what Trump is trying to do is a good thing,” Paul said of the president’s attempts to shift the American military out of the Middle East. “I wish he’d done it sooner. I hope he’ll do it to the maximum degree possible.”

Alas, Paul said, those around the president have often counseled him wrongly. “I told him John Bolton was a disaster,” he said, adding that Trump’s advisors have often blocked “the good impulses and instincts the president has. This was true of [former defense secretary Mark] Esper and all the others.”

As for Trump’s recently accelerated attempts to bring the troops home from Afghanistan, Paul is all in: “I think zero’s a better number than 2,000 or 4,000,” he said of how many troops we ought to leave behind. He conceded that we might need to keep a contingent of Marines in Afghanistan to guard the American embassy there, though he expressed concerns that if too many troops remained, it could make it easier for a future president to escalate again.

Trump has lately been on something of a withdrawal spree, attempting to remove troops from Syria, Iraq, Afghanistan, Somalia, West Africa, and Germany, with mixed results. Yet what of a report in the New York Times earlier this week that the president told his cabinet he wanted to bomb Iran over its continued nuclear program? The Times says it was the supposed hawks in the administration, Vice President Mike Pence and Secretary of State Mike Pompeo, who talked him down.

Paul expressed skepticism that Trump had said anything like that. “All of my conversations with the president about Iran have been him expressing to me restraint and not wanting to go in,” he said. (In that, Paul is in rare agreement with Senator Marco Rubio, who also questioned the Times‘ account.)

There is a long-running internecine clash between congressional Republicans who take a more realist view on foreign policy, like Paul, and those who have changed little since the Bush years. Notable in the latter group is Congresswoman Liz Cheney, daughter of former vice president Dick Cheney, who is reported to have ambitions to be speaker of the House and even president.

Paul isn’t impressed. “There’s a lot of blood on their hands that frankly could have been avoided had we not listened to the Cheneys and the Bushes,” he said. Of his congressional colleagues, he estimates that “three fourths of them still don’t want to leave” the Middle East and cites Senate Majority Leader Mitch McConnell as being the main problem. “McConnell’s been the leader of this,” he said. “There’s not a lot of difference in the philosophies between McConnell and [John] McCain.”

Is there hope? Paul looks to a handful of newly elected Republicans who diverge from the hawkish establishment consensus. He reserved special praise for Cynthia Lummis, the libertarian-leaning senator-elect from Wyoming whom he endorsed earlier this year. He also expressed hope that a revitalized antiwar left could successfully pressure congressional Democrats.

And what of the most powerful Democrat in the country? Paul predicts that Joe Biden will be a weak chief executive, believing he’ll fall victim to interest-group liberalism, pulled in too many directions by too many voices. Any policy accomplishments, as Paul sees it, will be a “hodgepodge,” heavily influenced by those outside the Oval Office.

In part, this is because Biden himself is a vacuum. “When I think of Biden and ideas,” Paul says, “I don’t usually think of them in the same sentence.”