RUSH: We’ll start in Newport Beach, California. This is Craig. It’s great to have you, sir. Hello.

RUSH: Well, you’re more than welcome, sir. I’m happy to have this acknowledged as a Rush wave. I know exactly what you mean. 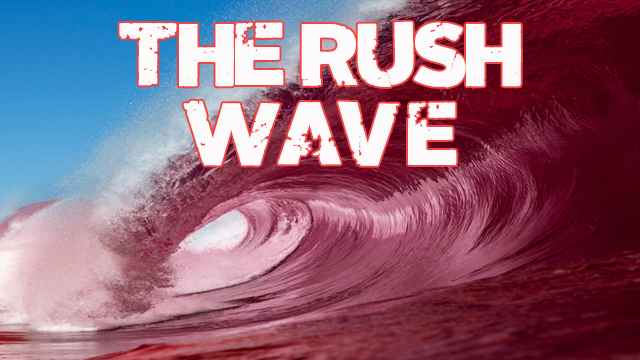 CALLER: You know, I always wondered how much it cost to rig an election, but I think we’re closing in on it. When Hillary Clinton ran for president, she paid $9 million to Perkins Coie for a dossier that probably cost 12 bucks. Where’d the other money go? Now I think we might know where it went, is to pay for Dominion. Something to think about.

RUSH: Yeah. I know. We can sit here — and a lot of people are gonna make jokes about it, and that’s one of the ways that people choose to deal with it. But look. I want to add something that I started this program out with. Remember who’s behind this, folks. Who is behind all of this for the past four years to undermine Donald Trump? It’s Barack Obama. Barack Obama and his regime, I mean the people that work for him, the Susan Rices and the Bidens, the David Axelrods, Clapper, Brennan, Comey, Hillary, you name it, that is the cabal that is behind all of this.

Now, stop and think again. The voting machines used to count the vote in American states were made in Venezuela. The software was written in Venezuela by a dictator who asked that the software be created so that he could cheat and never lose. That’s what the Democrats bought. The funniest thing I heard all day today, though, the number of legitimate votes for Donald Trump were so many that they overwhelmed the software’s ability to keep up with it and cheat. Trump had so many votes — that’s why they keep saying that he won in a landslide, 700,000, in some cases 800,000-vote lead in Pennsylvania, and they had to stop counting.

Who does that? Who stops the count? They had to stop the counting so that their machines could catch up and keep up. And they couldn’t. So what they ended up doing, they’ve got an affidavit from a witness who said that a couple of trucks — this is in Michigan — showed up at a counting center with a bunch of ballots, tens of thousands of ballots with only one name on them: Joe Biden. No other candidates down the ballot were even on the ballot. Just the name “Joe Biden” for president. They were flooded into the system and they were counted.

Here is Steve in Beaverton, Oregon. Welcome, sir. Great to have you with us. Hi.

CALLER: Hi, Rush. How you doing?

CALLER: Just to let you know you’re in my prayers. But not just you, but Kathryn also. I took care of my dad when he had Alzheimer’s, and I know how hard it is for the caretaker. There’s a phrase used in health care, you gotta care for the caretaker because they need to be lifted up, too, in prayer. So prayers to both of you.

RUSH: You don’t know how right you are. Well, you probably do. I appreciate it very much. 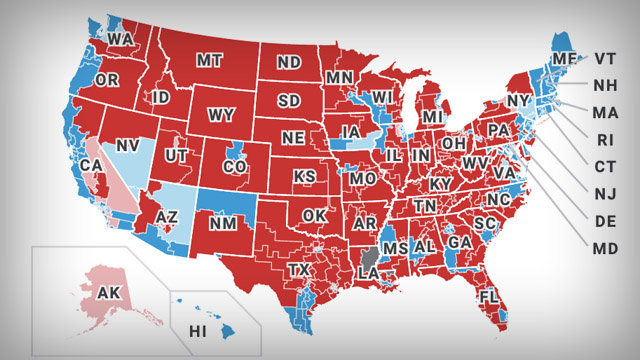 CALLER: Thank you. So my point is, everybody — and rightly so — is focusing on Trump. But what about all the other down-ballot races? If Trump really did win in this great of a landslide and got — and you mentioned this yesterday — possibly 410 electoral votes, how many of the down-ballot candidates did he take with him? You mentioned yesterday that, you know, there were 27 competitive races for Congress. But what about all the other races —

RUSH: Well, no. Let’s finish that. There were 27 toss-ups. The political experts like Charlie Cook told us before the election, 27 races in the House that he said these are toss-ups. The Republicans won every one of them.

RUSH: It’s a great question. It’s a great question because we already know that down ballot the Republicans kicked ass. They flipped a bunch of seats in the House that nobody was expecting. It was expected they were gonna lose the Senate. They’re not gonna lose the Senate unless there’s a similar kind of cheating in Georgia that’s gone on elsewhere. And the Republicans flipped seats in the House and could have flipped even more, is your point. I get your point exactly.

How many people voted Republican way down the ballot, way beyond just voting for Trump? It’s a great question. It’s probably a lot. I think this was probably a landslide election. And there are people, by the way, in the media and on the Democrat side who know this. They know that Trump won this in a landslide, and they are stunned. They’re not admitting it, they never will admit it. But they have to know it. And it was probably huge. When your cheating software can’t keep up with the legitimate votes coming in and you have to stop the count, whoa, folks, that is big.

RUSH: Just got a note. Somebody who watched the entire presser on the One America News Network. “I feel like I just got handful of uppers or something. My heart is pounding from this. These guys are the StrikeForce, Mr. Limbaugh. These guys are the StrikeForce against the Drive-Bys. They’re hammering them out there.” Rudy has some female reporter harassing him, he’s just swatting back. He said, “Ma’am, ma’am, you’re lying. I’m not gonna answer your question.” 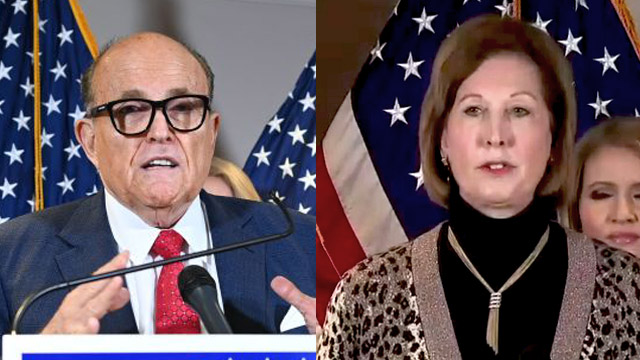 One thing. Their witnesses, Sidney Powell’s witnesses, Rudy’s witnesses, at this point they don’t want to be victims of the media; so the team is not telling anybody who the witnesses are. But the Drive-Bys — oh, yeah, the Drive-Bys want to know. The Drive-Bys, “Who are they? Who are you witnesses? We want to know the names. What are their names?” And Rudy is saying, “No way. We’re gonna prove it in court.” He said, “We haven’t released anywhere near all the evidence that we’ve got yet.”

Rudy said to the news media, “We’re gonna prove in court. They don’t like you” — the witnesses — “they don’t like you, and they don’t trust you.” Sidney Powell again reiterated the turnout for Donald Trump was so overwhelming, it broke the algorithm that had been plugged into the system to cheat. It’s stunning. It all make sense when you look at the physical evidence that was abounding out there prior to the election, the numbers of people at the rallies. It was all there to be seen and believed.

We have the Drive-By Media every day, “No, no, Trump’s gonna lose in a landslide, the American people are fed up with his tweeting, they’re fed up. American don’t like Trump. Trump, he’s rude, he’s crude, he’s a boor, people don’t like Trump, people hate Trump, Trump is gonna be voted out.” Everybody hears that four times a day, five times a day for four years, are affected by it. The fact of the matter is, she said again, the turnout for Trump, the number of votes, the number of votes that Trump got was so overwhelming it broke the algorithm that that had been plugged into the cheating electoral system.