Michigan legislators who met with Trump: We’ll follow the law and the normal process in awarding our state’s electors 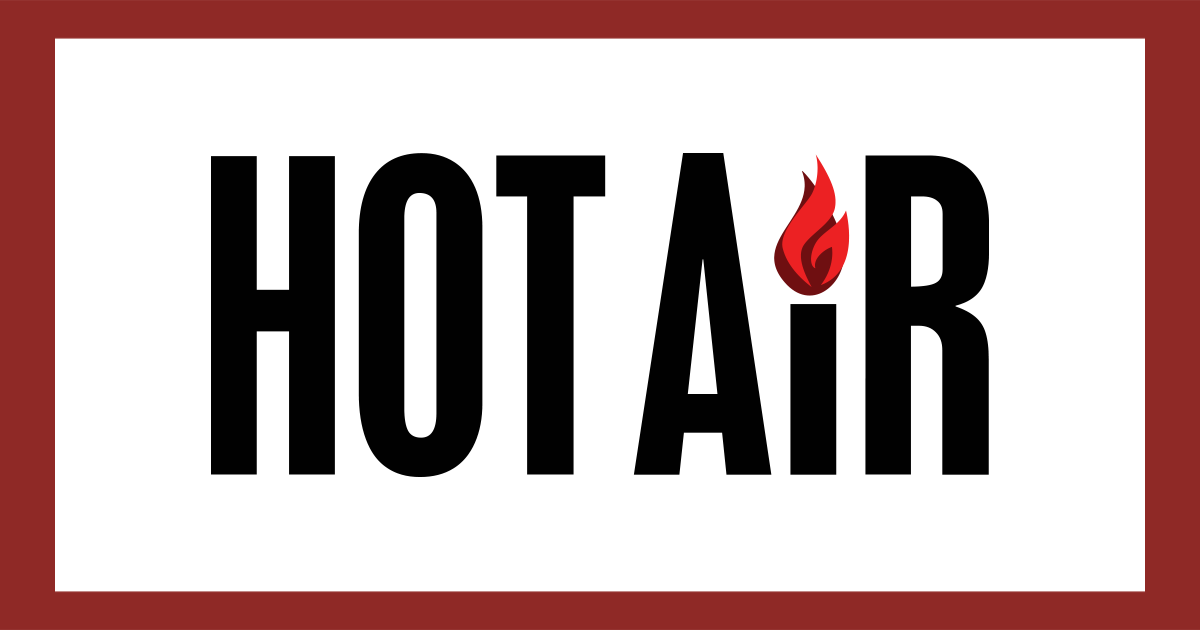 The key bit is below but you can read the full statement here. They claim the point of the meeting from their perspective was to lobby the president for more COVID relief money for Michigan. As for that little “overturning the election and awarding the loser the state’s electoral votes” suggestion that’s been going around, it doesn’t sound like it’s happening:

Michigan Republican Senate Majority Leader Shirkey and House Speaker Lee Chatfield put out a joint statement on their White House meeting with President Trump. They said they talked about Covid-19 relief and here’s the part about the election: pic.twitter.com/2KnnikR0hp

Note the reference to “threats and intimidation.” I wonder what Trump said to them.

I’ll give these two the benefit of the doubt in assuming that they’re acting on principle. Meeting with the president under the circumstances of this week created an appearance of gross impropriety, but it’s true that they’ve said all along that they won’t meddle with the process of awarding electoral votes to the winner of the state’s election. To the extent that they might have been tempted to waver from their principles, though, the fact that pieces were circulating today speculating about how they might be prosecuted for bribery by conspiring with Trump may have stiffened their resolve.

If in fact they gave the president a hard no on overturning the election, maybe we’re a little closer to him throwing in the towel. Some reporters claim that he’s coming around to reality — maybe:

Most people in touch with him say he knows he lost despite refusing to concede. Other times he sounds like he believes the conspiracy theories that Sidney Powell has aired. But his public appearances give weight to the former. https://t.co/Qy2iSC3pIs

It’s true, today during his press briefing on prescription drug prices he said of his new regulations, “I just hope they keep it. I hope they have the courage to keep it” — “they” presumably meaning the Biden administration. CNN also reported this morning that Trump privately recognizes that he lost but that he’s pressing on with his fight for a different reason:

The President’s refusal to concede, as CNN has previously reported, stems in part from his perceived grievance that Hillary Clinton and former President Barack Obama undermined his own presidency by saying Russia interfered in the 2016 election and could have impacted the outcome, people around him have said.

Trump continues to hold a grudge against those who he claims undercut his election by pointing to Russian interference efforts, and he has suggested it is fair game to not recognize Joe Biden as the President-elect, even though Clinton conceded on election night in 2016 and the Trump transition was able to begin immediately.

I think he’s genuinely trying to cling to power and overturn the election and the Russiagate-payback stuff is just a bit of face-saving prepared for if and when he fails. So long as he owns the libs, he didn’t really lose. Although some of CNN’s sources, like Haberman’s, also think he genuinely seems to believe the conspiracy theories Giuliani and Sidney Powell are feeding him, which would be in character:

When Trump has been told to get Rudy Giuliani and other members of his legal team off the case, the President has disagreed. He wants to continue the fight, and people close to the President have even expressed concern that he is buying into Giuliani’s false claims that his legal efforts can change the election’s outcome. He has shown no signs of backing down, even as those around him continue indicating that the end is near. Those allies have expressed worry that a sizable faction of the country thinks the election was stolen from Trump and that Biden isn’t receiving national security briefings.

I don’t think there’s an either/or here, where this is either a kabuki fight exacted as revenge on Democrats or a genuine fight in which Trump believe he actually won and had his victory stolen by Dominion. He’s an erratic figure; his mind probably changes moment to moment. Catch him in the morning and he might tell you he lost but he’s going to get even before leaving. Catch him in the evening and he might be watching YouTube videos about the great software conspiracy to defeat him.

It’s not just the Michigan lawmakers who are resisting him. His nemeses in the Senate GOP are also pushing harder on him in the last 24 hours:

Here’s a statement on the Giuliani presser today from @BenSasse, who somehow is still somewhat alone — with a few exceptions — in the GOP in speaking out honestly and forthrightly about what’s happening. pic.twitter.com/E1wKzyY8ON

Ed wrote this morning, and I completely agree, that it seems like Giuliani’s being set up as a fall guy for the inevitable failure to overturn the election, particularly by Trump’s more respectable lawyers. I don’t think Trump himself is looking to scapegoat him; as noted above, he’s allegedly soaking up the conspiracy theories that Rudy is pushing. But for everyone else involved in the legal effort, being able to blame Rudy’s buffoonishness for its eventual failure is a lot more convenient than having to admit that there was never any evidence of widespread fraud and that the effort would have failed anyway. “The near-universal opinion” of Axios’s sources is that “In his efforts to ‘help,’ Giuliani could not have done more harm to Trump.” Sources attached to Trump’s operation complained to Politico too:

“It turned into a circus with conspiracy theories,” said one person close to the campaign after watching Giuliani’s news conference, ostensibly held to give an update on the Trump campaign’s legal strategy. “Some of it was indefensible and hearsay, and dilutes any argument we were trying to make.”…

Giuliani’s elevation has left numerous Republicans around Trump exasperated, with many campaign aides and allies admitting privately that the fight is likely lost.

“They are put in an impossible situation with Rudy,” said a Republican close to the campaign. “He is running everything now.”

Haberman’s getting an earful as well:

Trump’s political aides had seen a scenario where they could make discreet challenges in specific states that, while long shots, would have likely been seen as serious. Instead, the approach was scattershot and ultimately overtaken by Giuliani and littered w conspiracy theories.

Their “discreet challenges” were never going to do anything except ultimately piss off Trump when they failed. Now that Giuliani has rushed in and Leeroy-Jenkins-ed the whole production, the rest can throw their hands up in the air and pretend that Rudy ruined everything.

In fact, *if* the real goal here is nothing more than a straightforward nihilistic delegitimization of Biden’s presidency, Giuliani’s wild conspiracy-mongering is a lot more effective than the respectable lawyers’ strategy of trying to knock 100 votes off of Biden’s lead in a few states and then declare a moral victory. And in fairness to Rudy, by no means is he the only clown in this circus. He’s just the most famous:

As someone *from Colorado,* she should know that everyone in Colorado votes entirely on paper ballots, not on Dominion voting machines — with the exception of a few voters w disabilities/accessibility issues who vote on ballot-marking devices, which still produce a paper ballot https://t.co/5XtsfGN7Tn

I’ll leave you with this exit question from Tim Miller. Come to think of it, it *is* strange that the GOP’s congressional members, who are supposedly so open-minded to the president’s claims of massive, historic fraud, aren’t lifting a finger to try to find the evidence. It’s as if they know this is a giant self-serving charade and don’t want to waste a minute participating in it.

Why haven’t any of the Congressmen who are concerned about rigged elections subpoena’d Dominion? Shouldn’t these executives be testifying before Congress ASAP?

Why are they going on vacation while the question of whether our elections are free and fair hang in the balance? https://t.co/Fof44U0G9R