Netflix’s ‘Rebecca’ Is An Unremarkable Adaptation Of An Excellent Story 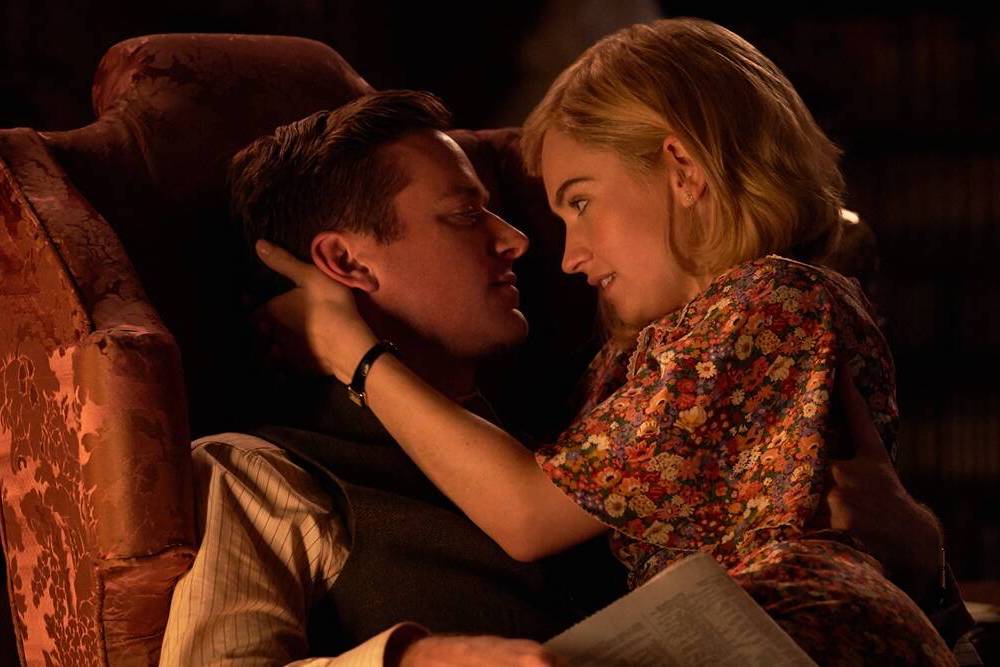 Netflix’s “Rebecca” is a bad dream from which audiences will quickly want to wake — not because it’s frightening (it isn’t) but because of its dreadful dullness and waste of serious potential and talent.

The film, based on the novel of the same name by Daphne du Maurier, follows the unnamed Mrs. de Winter, the second wife of a wealthy widower, as she grapples with settling into her new marriage and the sense of being haunted by the omnipresence of her husband’s late first wife, the seemingly perfect Rebecca. There is a certain irony that a film focusing on a woman worried that she will never live up to the memory of her predecessor is a pale imitation of its source material.

How did Ben Wheatley, the director of the dark, atmospheric, and engaging “Kill List,” “Down Terrace,” and “High-Rise,” manage to suck all of the gothic elements and excitement from the classic horror romance “Rebecca”? Netflix’s new romantic mystery is a serviceable if dull adaptation of the classic novel, but it strips away any of the charm or personality that elevates the material above any of the blandly dark romances.

The central problem with the adaptation is an identity crisis: The film does not appear to know what it wishes to be — a gothic thriller or a grand romance? In refusing to commit to either, it fails in both senses, providing only a lukewarm treatment of both. The treatment of much of the runtime as a charming love story destroys any momentum or suspense built by the scenes attempting to capture the novel’s tone, leaving a confused output.

The cast is as variable as the tone, with both genius examples of perfect casting and actors ill-suited for their roles. The film is centered around the unnamed narrator and protagonist, Mrs. de Winter, played with charm but little substance by Lily James. James is certainly a gifted actress and has been excellent in other films and TV shows, but she brings very little to her character, leaving her as a relatively depthless black slate.

Kristin Scott Thomas was the ideal selection for the villainous Mrs. Danvers. Her balance of stoic propriety and menace is phenomenal. The devotion to the late Rebecca is palpable in each scene. Thomas’s performance in a climactic moment of shocking evil toward the protagonist elevates the lackluster writing and direction, providing one of the few genuine moments of tension and excitement.

Armie Hammer is likewise wonderful as the enigmatic love interest, Maxim. His dashing good looks and effortless charm give the character a natural appeal, which contrasts nicely with his bursts of cruelty. The shift of Maxim near the end is somewhat out of nowhere, but that is more the fault of the script and direction than his performance.

It is an immense task for anyone to step into the shoes of Alfred Hitchcock, but the creative team behind this offering should have been more than up for the job, with credits on films and series that could and ought to have served as inspiration for “Rebecca.”

Director of photography Laurie Rose, who has worked on all of Wheatley’s previous films, served as cinematographer on the miniseries “London Spy,” which mixed romance, tension, and mystery in the manner which ought to have been applied to this film.

Clint Mansell, another frequent collaborator of Wheatley, wrote a fine if forgettable score. While it didn’t soar to the gorgeous heights of “Requiem for a Dream” or reach the dramatic potential of “Moon,” the music suited the tones nicely. The main problem with the score is not inherent to the music itself but rather a factor of the greater tonal issues.

The “Rebecca” remake is perfectly enjoyable in a mindless way, if you’re just seeking an unremarkable period romance with some mystery to give the illusion of tension. If you’re seeking anything that comes close to capturing the essence of the novel, however, you’d be much better served staying with the original.