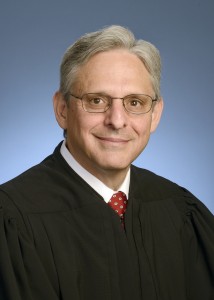 Federal appeals court Judge Merrick Garland reportedly is among the people Joe Biden is seriously considering for the job of Attorney General. Others said to be on Biden’s short list include Sally Yates, Deval Patrick, and Doug Jones, fresh off of his defeat in the Alabama Senate race. (For what it’s worth, I’d be surprised if Jones were selected.)

Judge Garland was painted as a moderate by the mainstream media when Barack Obama nominated him to succeed Justice Scalia on the Supreme Court. Garland isn’t a radical, but that doesn’t make him a moderate. He’s a liberal.

However, from a conservative perspective, Biden could do worse than Garland for an Attorney General, assuming Garland proved to be more than a figurehead in that job. Indeed, I expect that Biden will do worse. I think he will select someone to the left of Garland (again, for it’s worth).

If Biden goes with Garland, the Democratic base won’t be pleased. Biden will then have to populate the positions just below AG with true believing leftists. In that sense, it’s a lose-lose situation for those who would prefer a non-hard left DOJ.

Short lists like the one Garland is said to be on aren’t always credible, even if they come directly from the president-elect. Bill Clinton’s short list in 1992 including two men. One of them was former Virginia governor Gerald Baliles, who died last year.

Baliles worked at the law firm I was with at the time. He was a good man and, as former Attorney General of Virginia, a good candidate for the top DOJ position.

However, there was no way Clinton was going to select Baliles. Clinton was determined to give the job to a women. Baliles and the other fellow were on the short list for show.

This became painfully obvious when Clinton’s first two nominees — Zoe Baird and Kimba Wood — fell by the wayside due to nanny issues. Instead of picking a male from his short list, Clinton departed from the list and plucked Janet Reno from obscurity. The rest is history.

Merrick Garland probably has a better shot at the AG job than Jerry Baliles had back in the day, but I’m not sure he has a good shot. Stay tuned.