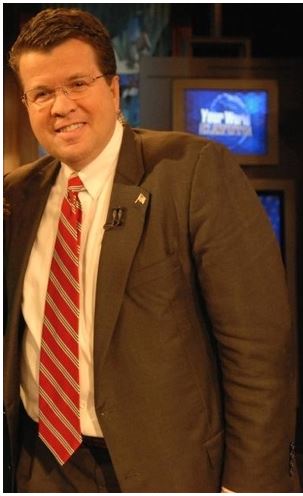 As the world watches an attempt to impose an alternate reality on the American electorate, there are those in the mainstream media who, in response to corporate pressure and left-leaning proclivity, have now resorted to prematurely referring to mumbling Joe Biden as “president-elect.”

That’s why, of late, every word issuing forth from the media indicates that concern with what may have happened during the presidential election has more to do with demoting Trump than preserving the future integrity of a constitutional republic.

A perfect example is in the left’s insistence that there is zero evidence to support claims that 102%+ voter turnout; 3:00 a.m. data dumps; corpses who vote; statistical models signaling foul play; communist Chinese influence; and electioneering poll workers dressed in Biden/Harris T-shirts, had an impact on who won.

Trump lawyers who attest to voter fraud and with evidence galore, have now become the target of media pundits proficient in proclaiming “evil good and good evil” (Isaiah 5:20).  Rather than exhibiting journalistic interest in what might have occurred on the night of and in the days following the election, Trump lawyers, Rudy Giuliani, Sidney Powell, and Jenna Ellis are now being pressured by fake new to prove the veracity of their valid claims of voting malfeasance.

This same group of self-ordained experts, who dismissed hydroxychloroquine and zinc as a COVID deterrent and treatment, have now turned their attention toward election fraud. True to form, news organizations snub a Trump legal team news conference, then proceed to criticize the very news conference they refused to attend for its failure to provide the evidence they would have likely dismissed had they shown up.

The truth is that when it comes to CNN and MSNBC, et al, Americans have come to expect mass media shills to advocate for leftist interests.

However, who could have predicted that the infamous “fair and balanced” network, Fox News, would join the ranks of bitter lemons like Don, Mika, Joe, and Rachel?

In the past, Fox prided itself as the journalistic bastion of impartiality. Thus, right-leaning viewers slid into the cable news giant’s air space like baseball players rounding home base.

Unfortunately, for those with season tickets, it appears as if conservative Fox pundits like the ever-imperious Dana Perino now choose to identify with those determined to assist in electoral tyranny.

Although late to the party, Fox News analysts such as Neil Cavuto, Bret Baier, and Bret’s following host, Martha MacCallum, have also been straining to catch up with a Marxist media that favors Sleepy Joe Biden and his rip-snorting partner-in-crime, Kamala ‘The Hyena’ Harris.

Hints of stilted partiality are even emerging in holdouts such as Tucker Carlson. Aligning himself with a Fox network business decision, Tucker attempted to prove his mettle by criticizing one of Trump’s lawyers.  Despite the sudden halt to election night vote tallying, and America watching 700,000 Pennsylvanian votes-for-Trump evaporate in real-time, or the acquisition of undercover tapes featuring eyewitness accounts of ballot-tampering, Tucker has taken it upon himself to press elite attorney Sidney Powell to prematurely provide his esteemed personhood with hard evidence proving election interference.

Meanwhile, after enduring years of cuddly Mike Lindell mopping up spills and punching pillows, longsuffering Fox viewers are also being subjected to Laura Ingraham, who, after drooling all over herself with Trump-campaign rally glee, is busy mollycoddling Democratic Socialist/Congressional skootch, Alexandria Ocasio Cortez.

Instead of squandering airtime attempting to imply that Trump is a spoiled tyrant, Fox coudl redeem professional integrity by questioning whether or not, for this election, the ever-vindictive Barack Obama was the one who dispatched a posse of poll workers, comprised of ex-ACORN operatives, New Black Panthers, and Saul Alinsky apprentices.

Is it too much to expect Fox to question Hillary Clinton about the vendetta she has nursed for four years? Save for Maria Bartiromo, Sean Hannity, Laura Ingraham, Jesse Watters, and perhaps one or two others, no one at Fox exhibits even a modicum of curiosity about whether or not, on election night 2016, in response to the possibility that a Clinton-favorable algorithm underestimated the people’s wishes to elect Donald Trump, “Madame President,” trashed the Peninsula Hotel?  As a follow-up to broken lamps and overturned ice buckets, why not investigate the Clinton Foundation’s possible influence in the software scandal currently suspect in the 2020 election?

Obvious oversights aside, the most glaring omission since Nov. 3 involves the failure of media outlets to pursue missing Dominion Voting Systems founder and CEO, John Poulos. Why not query Poulos concerning the allegation that his election software has historically favored dictators like the late Hugo Chavez, current Venezuelan “president,” Nicolás Maduro, and more recently, a cognitively-challenged socialist newcomer named Joseph Robinette Biden, Jr.? If Poulos refuses to submit hard evidence to the contrary; Fox News can redeem its waning reputation by calling for ace reporter, Kristin Fisher to dismiss Poulos’s denial, just as she did Giuliani’s presser, as ‘simply not true.’

Leaning leftward, Fox now prides itself on “Standing Up for What’s Right.” Therefore, maybe Dana Perino, Neil Cavuto, and the others like them could absolve themselves by choosing to investigate the glaring likelihood that the guy who pocketed a large percentage of his son’s illegal China booty, would be all in for skimming a percentage of votes off election night tallies favoring Trump.

Either way, media scrupulousness is not likely to make a comeback any time soon. Therefore, as fake news pledges allegiance to a newly ordained “president-elect,” MAGA Americans will continue to seek out a familiar voice that is unbowed to political correctness and rooted in unvarnished truth.