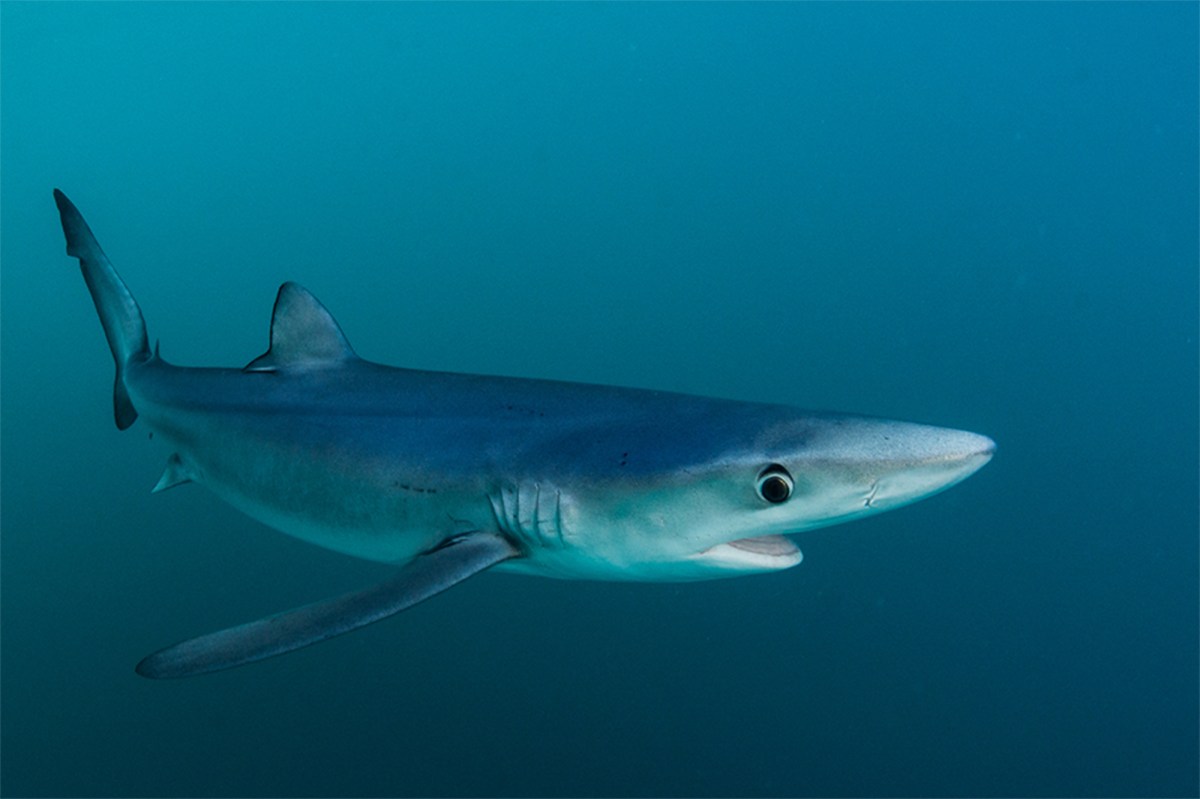 A blue shark baffled scientists and residents in the Cape Cod town of Eastham, Massachusetts on Friday when the ocean predator appeared in the local marsh,  according to NBC News.

“I thought maybe it was a river otter,” said Rebbi Rowe, who lives near Bee’s River Marsh and recorded the shark trying to find a way to find its way back out again.

“So I watched it for like a minute, and then it started swimming around and I was like, OK, well, that’s not a river otter. It’s got fins,” she told the network.

Blue Sharks grow up to 12 feet and weigh almost 400 pounds and usually migrate to South America during the winter months.

“I knew it was not where it was supposed to be,” said Rowe.

“I know enough about sharks that they don’t swim in the marsh.”

Scientists believe the shark got lost as it headed south for the winter.

“It’s a big migration for a number of species,” said Greg Skomal, the senior fisheries scientist for the state Division of Marine Fisheries.

After analyzing the footage taken by Rowe, Skomal concluded that the shark was in good condition and was confident it would find it’s way out.