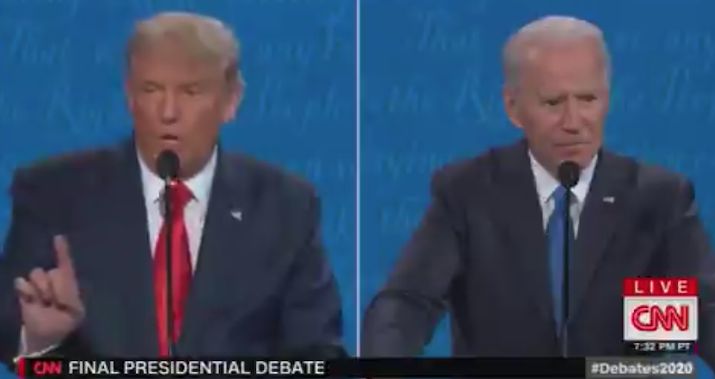 This long slog of an election cycle, plus the pandemic proves one thing: America needs to chill, particularly the political and social media class. These pundits and politicians suggesting President Donald Trump is attempting to steal the election are completely unserious despite their claims otherwise. The same with those bizarrely speculating Tucker Carlson has been compromised for questioning Sidney Powell or that all electronic voting systems were hacked by some grand conspiracy. They may believe what they’re saying, but it’s histrionic nonsense.

Trump is a showman, pure and simple, who loves the limelight. His social media claims of electoral malfeasance and hesitancy to begin the transition to President-elect Joe Biden are just pure pettiness by someone who can’t accept the reality of an election loss. The weird news conferences, failed court actions, social media suggestions, and statements by his cul-err-supporters are either desperate attempts to maintain relevance or hope to garner favor in the “future” of something involving Trump. Whether it’s a new political party or some kind of Trump Network remains to be seen.

Those politicians, like Georgia Senator David Perdue, looking for hand recounts? They’re just hoping Trump’s supporters will show up for them in the January runoff. It’s a game but one with serious repercussions if America doesn’t take a deep breath and relax.

An anti-Trump friend of mine suggests what’s going on is dangerous. He’s right, but not necessarily the way he believes.

What’s alarming about the unserious claims regarding Trump looking to “steal” the election is the road American politics traverses.

Paul Abrams at Huffington Post implored Trump-skeptical Republicans to “object to the electors” in early January 2017. The late Georgia Congressman John Lewis later told NBC News he didn’t see Trump as a “legitimate president” claiming Russian interference. Robert Kuttner wrote weeks later in The American Prospect he believed the Trump presidency wouldn’t last long because he’d be removed from power. “The best and most honorable outcome would be for Vice President Pence to preside over some kind of caretaker government, acknowledging that Trump’s election (and his own) was not legitimate. This course might make the country whole. It might even make America great again.”

Does that sound familiar to what Trump-friendly outlets and the Administration currently suggest?

“Certainly these voters can be used to discredit and demean Biden’s presidency,” Anne Applebaum wrote on November 6th in The Atlantic explaining the differences between Democrats lusting after an illegitimate Trump presidency and one involving a president just booted from office in an election. “Just as Trump once helped convince millions of Americans that Obama was illegitimate, so he will now seek to convince Americans that Biden is illegitimate. “Biden Is Fake” Facebook groups will be used to gin up Republican votes and support for Republican causes; emails with “Phony Biden” in the subject line will be used to raise money. Trump’s campaign has already blasted out a fundraising text with the following message: “Pres Trump & VP Pence: It’s so urgent we BOTH texted you. Dems & the Fake News want to STEAL this Election! 1000%-MATCH to FIGHT BACK! Act NOW.” Pro-Trump influencers, perhaps aided by the campaign and its botnets, have tried to make the hashtag #StopTheSteal trend on social media…”

Those #StopTheSteal emails, for what it’s worth, are beyond tiresome and immediately end up in my trash.

What’s important to remember, however, is the fact 33% of the country didn’t vote. The whys don’t matter, it’s likely because they either think voting isn’t worth it, don’t feel represented, are just apolitical, or a combination. It is a reminder politics isn’t everything or even close to it. Life still happens, even in situations where the government seeks more and more control over our lives. This is an important thing for us to remember.

The danger the political and social media class run into is this notion American politics has to become a system of punishing dissenters, regardless of where they stand on political issues. We need to chill. Life will go on no matter who is in the White House, Capitol Hill, City Hall, the governor’s mansion, or state legislatures.