Big Tech has declared that Democratic nominee Joe Biden will receive the official verified presidential accounts from Twitter and Facebook/Instagram in late January, despite the fact that several states are still contested.

Twitter reportedly informed Reuters this past weekend that the company is “actively preparing to support the transition of White House institutional Twitter accounts on January 20th, 2021.” The same spokesperson added that this action is being taken “As we did for the presidential transition in 2017, this process is being done in close consultation with the National Archives and Records.” 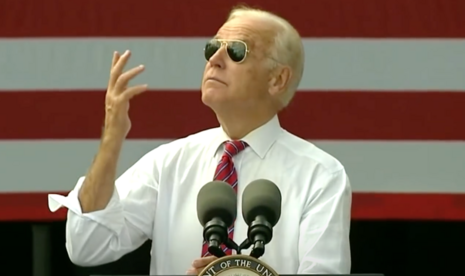 Mashable explained that the Trump administration’s tweets will be around to stay in one form or another, noting that “tweets from Trump, Vice President Mike Pence, [F]irst [L]ady Melania, second lady Karen Pence, the press secretary, and other White House officials will still be viewable, but on newly archived pages.” The same article summarized: “Those new handles haven’t been announced yet, but will likely follow past naming conventions — so Trump’s @POTUS account will likely become @POTUS45.”

The Washington Post warned that even if Trump loses the presidency, he will still remain a powerful national influence online:

“But should Democrat Joe Biden’s apparent electoral edge withstand legal challenge, Trump would leave office with a singularly powerful online megaphone — at least 88 million followers on Twitter, 31 million on Facebook and 23 million on Instagram — that will give him a unique ability to communicate his thoughts to legions of supporters accustomed to hearing from him more than three-dozen times a day.”

Twitter chomping at the bit to coronate Biden should come as no surprise after it did all-but pull the voting machine levers to help him prior to the election.

Twitter was one of the Big Tech companies that made headlines for censoring what should have been a devastating New York Post article. The shocking revelation released by the Post on Oct. 14 revealed purported emails from Biden’s son Hunter and reportedly exposed the alleged scandalous dealings of both father and son in the Russia-bordering state of Ukraine.

Twitter responded by disabling the link to the story, claiming: “Warning: this link may be unsafe.” Twitter then censored the Post, White House Press Secretary Kayleigh McEnany, the Trump Campaign, and even the House Judiciary (a part of the United States government) for sharing the story.

Conservatives are under attack. Contact Twitter’s and Facebook’s leadership by tweeting at the official @Twitter account  and contact Facebook headquarters at 1-650-308- 7300 or 1-650-543-4800  demand that Big Tech be held to account to mirror the First Amendment while providing transparency, clarity on “hate speech” and equal footing for conservatives. If you have been censored, contact us at the Media Research Center contact form, and help us hold Big Tech accountable.