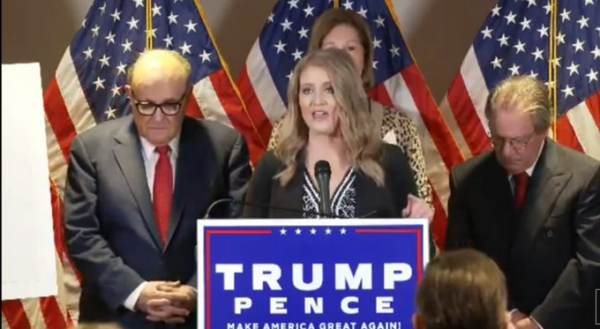 The Third Circuit Court of Appeals on Monday granted an expedited review for Team Trump’s appeal in Pennsylvania.

The Trump team’s legal brief must be filed on or before 4:00 PM today.

US District Judge of the United States District Court for the Middle District of Pennsylvania Matthew Brann on Saturday dismissed a Trump campaign lawsuit seeking to block Pennsylvania from certifying its election results.

“Today’s decision turns out to help us in our strategy to get expeditiously to the US Supreme Court. Although we fully disagree with this opinion, we’re thankful to the Obama-appointed judge for making this anticipated decision quickly, rather than simply trying to run out the clock,” Rudy Giuliani, Attorney to Trump and Jenna Ellis, Senior Legal Advisor to Trump 2020 Campaign wrote.

President Trump was up by nearly 700,000 votes in Pennsylvania on election night with 65% reporting.

Since there was no way for Biden to overcome Trump with the remaining number of uncounted ballots, the Pennsylvania Secretary of State announced that MILLIONS of ballots had been found.