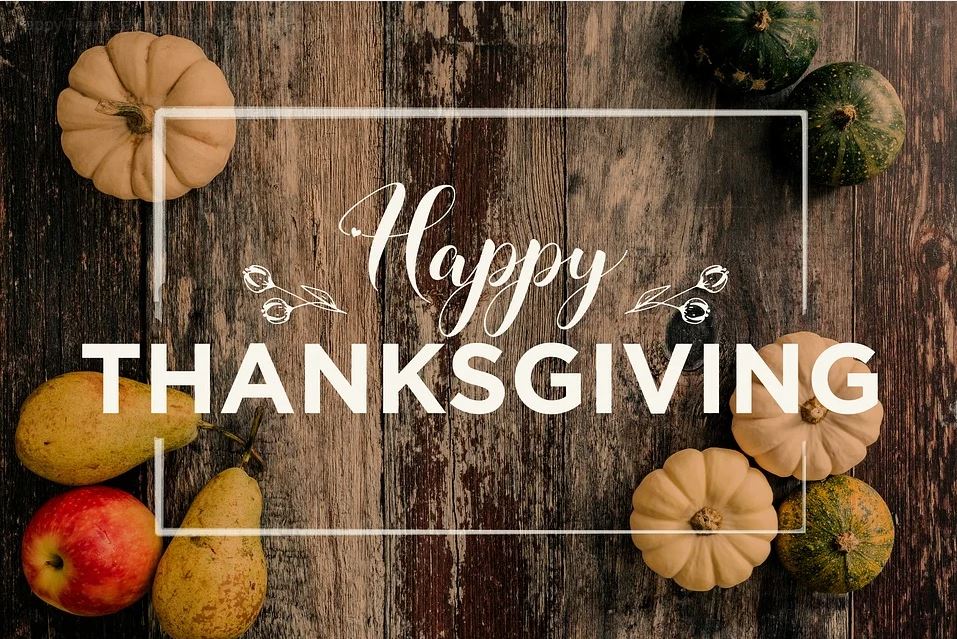 To judge by the election results, assuming you believe them, Americans want more lockdowns, given that Joe Biden ostensibly won.

Biden campaigned on a lockdown platform, vowing a national mask mandate along with a campaign promise to run the government’s COVID response better than President Trump, plagiarizing much of Trump’s already-done actions and calling them his own. President Trump hammered Biden on his eternal lockdown plan in the final days of the campaign, and Biden retreated a little, denying he vowed no such thing. But once he was convinced he won, he came out full bore for national mask-wearing again, along with obedience to science and government officials.

Now that Thanksgiving is on, nobody’s listening.

Against government commands from the likes of Dr. Anthony Fauci and the Centers for Disease Control and Prevention to skip Thanksgiving for the greater good, travel is soaring as millions of Americans rush home to make the family gathering for America’s most beloved holiday.

More than two million people flocked to US airports this weekend ahead of Thanksgiving — despite health officials urging Americans to nix their travel holiday travel plans.

There were 1,019,836 passengers who passed through airport security checkpoints Friday, followed by another 984,369 on Saturday, according to the Transportation Security Administration.

The figure was still only around 42 percent of the number of travelers who were screened last year on the same dates, data shows.

But the weekend was one of the busiest for airports since the pandemic began.

Friday’s traffic marked the second-highest number of people traveling in the skies since March — only topped by the 1.03 million passengers on Oct. 18.

It’s the biggest sign yet of widespread civil disobedience to unreasonable demands.

There are a hell of a lot of others, too. The Post’s top story is about how a New York synogogue made secret plans to hold a large gathering, without masks or anti-Semitic socialist Mayor Bill de Blasio’s next opportunity to send in his goons. A big bar in Florida re-opened – only to be packed, with people disregarding calls to wear masks, only to be shut. And in a story the Post should have picked up, TMZ got the scoop on a New York swinger’s club being raided by the local sheriff. Apparently the miscreants were gathering in larger than the permitted numbers, and not wearing masks or socially distancing, which, rather than the orgy, was the source of the outrage.

The cops say they found three couples having sex in a small room — apparently, this swinger joint — which goes by Caligula, of all names — has services for that if you’re looking to get busy. The Sheriff’s Office even snapped a shot of one of those rooms, plus a price sheet going over rates, and what looks like a box of condoms!

It’s pretty obvious from stories like these that the public is ignoring the scare talk from Biden and the authorities. The media is going to feed for years on stories of all the places getting shut down by the cops.

Many police and sheriffs, not surprisingly, want no part of this, not with civil disobedience this widespread. It’s unenforceable. It’s capricious. And it’s bound to make the cops detested in their communities, a flashing light of a breakdown in public trust.

What’s going on now resembles Prohibition, that preposterous era where a group of busybody feminist hags thought they could impose their austere Protestant morality on the rest of the country. The Atlantic has a mostly excellent long piece on the “failure of moral governance,” published just before COVID broke out, now-ridiculously attempting to pin the idiocies on Republicans, but very accurately describing what a corrosive it was on civil society. Annika Neklason writes:

A century ago, Prohibition went into effect around the United States, and the evangelical Protestants who had fought for 80 years to make it a reality celebrated. With the ratification of the Eighteenth Amendment, which proscribed “the manufacture, sale, or transportation of intoxicating liquors” across the United States, they had achieved something unparalleled by any movement before or since: They had introduced a new moral decree into the Constitution. In doing so, they believed that they had enshrined Protestant virtue in American life and saved the country from decay—forever.

But the Eighteenth Amendment holds another distinction: It’s the only amendment that’s ever been repealed. The Prohibition era lasted just 13 years, and is now regarded as a cautionary tale for the regulatory state. The restriction of private behavior has outlived the alcohol ban, persisting in state and local governments and finding new life in modern conservative administrations. But the idea of using a constitutional amendment for that restriction, once held up by temperance advocates as a holy grail, has been tarnished and, mostly, left to the past.

The Eighteenth Amendment “was a failed experiment,” says Samuel Freeman, a professor of philosophy and law at the University of Pennsylvania. “They did make an amendment that had to do with a matter of private morality, and it didn’t work.”

And now we’ve got what looks like an emerging picture of Prohibition here, too, this time in the mask mandates and lockdowns. The Atlantic writer thought that prohibition was something Republicans could do, laughably enough. What she didn’t realize was ‘she ain’t see nothing yet; when it comes to lockdown-obsessed Democrats.

Blue-state ruling Democrats of course want more mask mandate, not because they work, which they don’t, not much, but because such mandates give them control over the voters. That’s because if they can issue an order like this, on such a highly ineffective solution, with COVID rampaging all over now, they can pretty well order residents to do anything.

Americans are disregarding them wholesale, same as went on during Prohibition.

It makes sense, because the petty and capricious diktats from unelected bureaucrats and governors, holding out the magic talisman of “science’ has worn thin on the public.They make huge pronuncimentos with giant sacrifices demanded of some, such as shopkeepers, restaurant owners, students, sports and gyms, while they themselves never pay a price, which naturally  offends voters. They also make false promises. They promised a week or two of lockdowns would control the spread of COVID, and it turns out they didn’t know what they were talking about. Worst still, they exempt themselves from it. Dr. Fauci went to a baseball game, mask-free, sitting with non-household members. Gov. Gavin Newsom of California, enjoyed a nice big mask-free indoor dinner party at the tony French Laundry, with medical officials no less. Meanwhile, maskless Gov. Phil Murphy of New Jersey got heckled at a restaurant. The hypocrisy flames.

Biden meanwhile, vows lockdowns to control the spread of COVID — and promises open borders, too, like a leaky bucket or sieve.

It also doesn’t help that Biden is considered a dotard, easy to ignore for that reason, shouting commands into the wind because he doesn’t know what day it is or what state he’s in. He projects zero leadership to voters, he’s the crazy old uncle in the basement with strange ideas, napping at 9 a.m., and feathering his nest. Even Biden voters likely recognize that much.

The broad picture now is of widespread civil disobedience, and disregard for the law. That’s a bad place to be in, where nobody follows the law, in many places it’s known as the third world. It happens when there’s hypocrisy, overreach and draconian punishments that don’t fit the crime. That’s the picture we have now, and newspapers will be kept afloat by all the many amazing ways Americans will find to disregard the law.