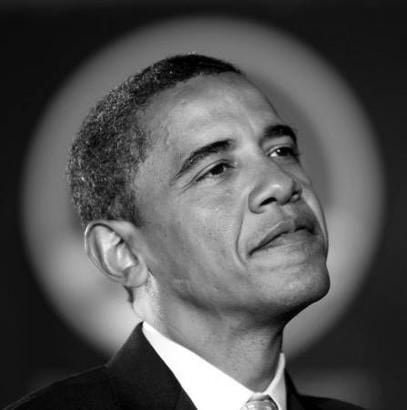 Today Joe Biden announced several key members of his foreign policy team, assuming he takes office in January. His selections are all long-time Democratic Party mediocrities, suggesting that he has learned nothing from President Trump’s foreign policy successes.

In fact, Biden made that clear in today’s announcement:

We have no time to lose when it comes to our national security and foreign policy. I need a team ready on Day One to help me reclaim America’s seat at the head of the table, rally the world to meet the biggest challenges we face, and advance our security, prosperity, and values.

The idea that America’s “seat at the head of the table” has been lost during the last four years is preposterous to anyone who has paid attention, but what Biden means is that he will go back to the pointless yammering at global confabs that characterized the Obama years. Likewise, the last thing Biden intends is for his policies to “advance our security, prosperity, and values.” That would mean putting America First.

So who are Biden’s prospective appointees? Jake Sullivan is slated to be Secretary of State. Sullivan was Hillary Clinton’s deputy chief of staff when she held that office. He later served as Vice-President Joe Biden’s top national security aide, and was said to be “instrumental in shaping the 2015 Iran nuclear deal,” which he still defends against all evidence.

Sullivan has figured in quite a few Power Line posts over the years. He was up to his eyeballs in the Benghazi scandal, as this post reflects:

Following Susan Rice’s infamous talk show appearances in which she claimed that the Benghazi attack was a spontaneous eruption of violence, triggered by an offensive anti-Muslim video, Clinton aide Jake Sullivan told his boss that Rice “ma[d]e clear our view that this started spontaneously then evolved.”

This “view” was Clinton’s story at the time. However, it was inconsistent with the facts as Clinton’s staff knew them to be. Documents obtained by Judicial Watch show that top aides for Clinton, including Sullivan and chief of staff Cheryl Mills, knew from the outset that the Benghazi compound was under attack by armed assailants and that there was good reason to believe the assailants were tied to a terrorist group.

[T]he FBI reportedly has been able to develop a list of individuals who will be questioned about their direct handling of the emails in order to get at the issue of how classified information “jumped the gap.”

The list of individuals is said to be relatively small — about a dozen. The pivotal figure is probably Clinton aide Jake Sullivan because he forwarded so many emails containing highly classified information to Clinton, including one that referred to human spying.

It sounds like prospective U.N. Ambassador Linda Thomas-Greenfield will fit right in at the U.N., which is about the worst insult one can hurl at someone in the foreign policy establishment. From the Washington Times:

A Joe Biden administration will include Linda Thomas-Greenfield as U.S. ambassador to the United Nations, according to various reports.

It also means a return to Barack Obama days when America was bowing to foreign heads of states, expressing disgust with the concept of American Exceptionalism and practically begging, practically please, please, pretty please begging other nations not to, say, kidnap our sailors and splash their frightened kidnapped faces on billboards for all the haters of America to see.

Is that too harsh? This is what Thomas-Greenfield wrote in Foreign Policy:

The contours of a new agenda for diplomatic reform have to flow from a sensible reinvention of the United States’ role in the world. … U.S. diplomacy has to accept [this] country’s diminished, but still pivotal, role in global affairs. It has to apply greater restraint and discipline; it must develop a greater awareness of the United States’ position and more humility about the wilting power of the American example.

Wilting power? Well, to be fair, it certainly was wilting when Thomas-Greenfield served in the Obama administration, before Trump fired her in 2017. And diminishing America’s role in the world is what Democrats are best at.

Then there is John Kerry, who is in line for a position as “climate czar.” As Steve noted earlier today, “if you want nothing done, John Kerry is just the man for the job.” I will hazard a wild guess that if Kerry serves as climate czar for four years, average global temperatures will be precisely the same at the end of that time as if there were no such position, to as many decimal places as you choose. Kerry, meanwhile, will feed lavishly at the multilateral global warming trough.

What these prospective appointees have in common is that they are retreads. Joe Biden wants to bring us back to the perverse foreign policy era of the Obama administration–perverse because it was anti-American. As many have pointed out, whether you think Obama’s policies were a failure depends on what you think he was trying to achieve.