BEYOND PARODY: NBC’s Andrea Mitchell Says Biden’s Team Is ‘Not Going To Be Political’ (VIDEO) 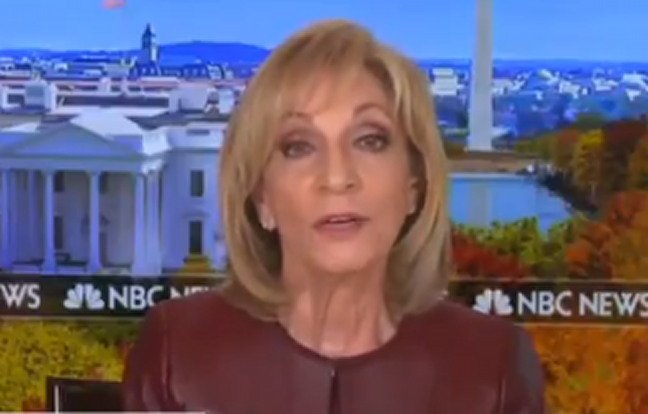 The American media has become so politically biased in favor of Democrats that they’re like a bad joke, yet they are the only ones who can’t see it.

This week on NBC News, Andrea Mitchell heaped praise on Biden’s choices for his team and actually said they are not going to be political.

Can you even imagine her saying something similar about Trump? Of course not, because it would never ever happen.

Watch the clip below:

NBC’s Andrea Mitchell cheers the Biden administration being “a big change” from the Trump team because they are “not going to be political” pic.twitter.com/rDDoioai47

If Biden is installed as president, get ready for four years of media coverage just like this.

It will be the exact opposite of the way they covered Trump.

The Left considers its political program to be scientific and therefore beyond the realm of public debate. According to this view, everything becomes more political—e.g., running shoes, chicken sandwiches, etc.—except for politics, which is depoliticized and entrusted to experts. https://t.co/fRmi9PCIfY

By “not political” she means “they agree with me.”

“Not political” as in agreement with the Left and the media.

The media is broken. There is no difference between Andrea Mitchell and a spokesperson for the the DNC.

Not political? His entire cabinet consists of DC “swamp monsters”!

Our media is not made up of journalists and reporters.

They are operatives for the Democrat party who pretend to be journalists on TV.