Grover Cleveland Knew How Thanksgiving Could Lift Up A Hurting Nation 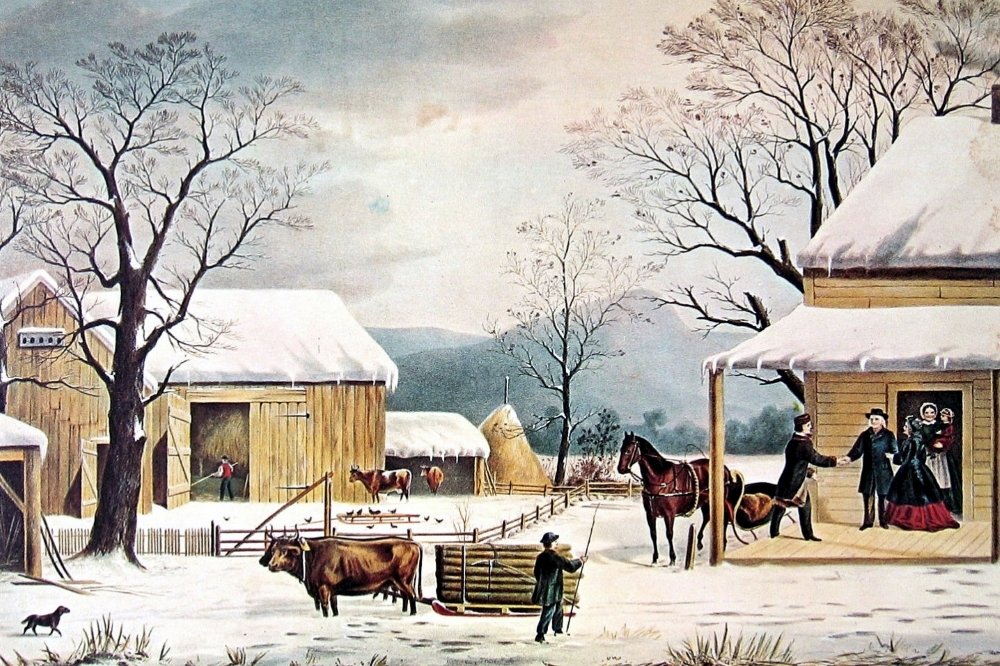 American presidents have declared Thanksgiving proclamations more than 165 times since President George Washington delivered the first in 1789. Although none were given between 1816 and 1862, presidential Thanksgiving proclamations became a tradition on October 3, 1863, when President Abraham Lincoln established Thanksgiving as a national holiday. Since then, various presidents have used such executive statements as reminders to offer thanks to God and rest from toil, to offer solace, and to help reorient the focus of the nation to the good, the true, and the beautiful aspects of our lives to which we owe our gratitude.

After the year we’ve had in 2020 and with a persistent state of discord felt coast to coast, the nation is in dire need of words of comfort. Due largely to COVID-19 and the corollary effects of its economic downturn, the Centers for Disease Control estimates at least 300,000 excess deaths have occurred in America since February.

Adding to that, whether in government, the media, or the veracity of our electoral processes, faith in many of our oldest and once-venerable institutions has cratered. Indeed, just when resowing bonds of association, fraternal love, and fellowship are critically needed, increasingly incendiary and polarized political rhetoric has left more Americans seeing those across the aisle as not just ideological foes, but irredeemable and permanent enemies.

Before Cleveland would do so in 1885, no previous U.S. president had used a Thanksgiving proclamation to implore Americans to specifically “set apart” the Thanksgiving holiday to reunite seldom-seen family members and old friends. Cleveland hoped Americans would enjoy each other’s company with “pleasant reminiscence,” and that the day would be “sanctified and chastened by tender memories and associations” so as to “renew the ties of affection and strengthen the bonds of kindly feeling.”

Then, in his 1886 proclamation, Cleveland became the first American president to use the occasion to remind Americans of the vital role of personal charity and the private duty of those with any means to attend to the poor with “cheerful gifts and alms.” Yet it is Cleveland’s 1888 Thanksgiving proclamation that may best provide Americans the encouragement they may need this holiday season.

To start, his statement poignantly acknowledges God’s hand in guiding the nation and reinforces the need for Americans to be faithful. Cleveland trusts that the American people will take the national day of Thanksgiving to refrain from work, and, instead, dedicate the holiday to offering sincere, heartfelt thanks for their many blessings.

Most notably, at the conclusion of his 1888 Thanksgiving proclamation, Cleveland mentions an “afflictive dispensation” that has stricken a portion of the nation, beseeching Americans to “acknowledge His mercy in setting bounds to the deadly march of pestilence,” and to “be chastened by sympathy with our fellow-countrymen who have suffered and who mourn.”

Americans living in the late 1880s weren’t battling the novel coronavirus, but they were suffering from continued outbreaks of cholera, smallpox, tuberculosis, typhoid, and yellow fever. So Cleveland took time in his 1888 Thanksgiving proclamation to reflect on both the tremendous gift that is life on this earth, as well as its fragile nature.

By calling on Americans to cherish life and to express sympathy and grieve with those who have lost loved ones to disease or illness, Cleveland was asking the men and women of the nation to follow through on two central precepts of Christian doctrine: to love God with all your heart, soul and mind, and to love your neighbor as yourself.

With the time remaining in this year, an ever more deliberate effort to following these commandments would make this Thanksgiving far brighter for families and friends across America. So, before we raise our glasses as we gather together, reading the words of our 22nd and 24th president may provide just the inspiration to raise our spirits as well.

Constant thanksgiving and gratitude are due from the American people to Almighty God for His goodness and mercy, which have followed them since the day He made them a nation and vouchsafed to them a free government. With loving kindness, He has constantly led us in the way of prosperity and greatness. He has not visited with swift punishment our shortcomings, but with gracious care, He has warned us of our dependence upon His forbearance and has taught us that obedience to His holy law is the price of a continuance of His precious gifts.

In acknowledgment of all that God has done for us as a nation, and to the end that on an appointed day the united prayers and praise of a grateful country may reach the throne of grace, I, Grover Cleveland, President of the United States, do hereby designate and set apart Thursday, the 29th day of November instant, as a day of thanksgiving and prayer, to be kept and observed throughout the land.

On that day let all our people suspend their ordinary work and occupations, and in their accustomed places of worship, with prayer and songs of praise, render thanks to God for all His mercies, for the abundant harvests which have rewarded the toil of the husbandman during the year that has passed, and for the rich rewards that have followed the labors of our people in their shops and their marts of trade and traffic. Let us give thanks for peace and for social order and contentment within our borders, and for our advancement in all that adds to national greatness.

And mindful of the afflictive dispensation with which a portion of our land has been visited, let us, while we humble ourselves before the power of God, acknowledge His mercy in setting bounds to the deadly march of pestilence, and let our hearts be chastened by sympathy with our fellow-countrymen who have suffered and who mourn.

And as we return thanks for all the blessings which we have received from the hands of our Heavenly Father, let us not forget that He has enjoined upon us charity; and on this day of thanksgiving let us generously remember the poor and needy, so that our tribute of praise and gratitude may be acceptable in the sight of the Lord.