If Voters Had Known About 8 Stories Media Ignored, Trump Would Have Won, Says Media Watchdog 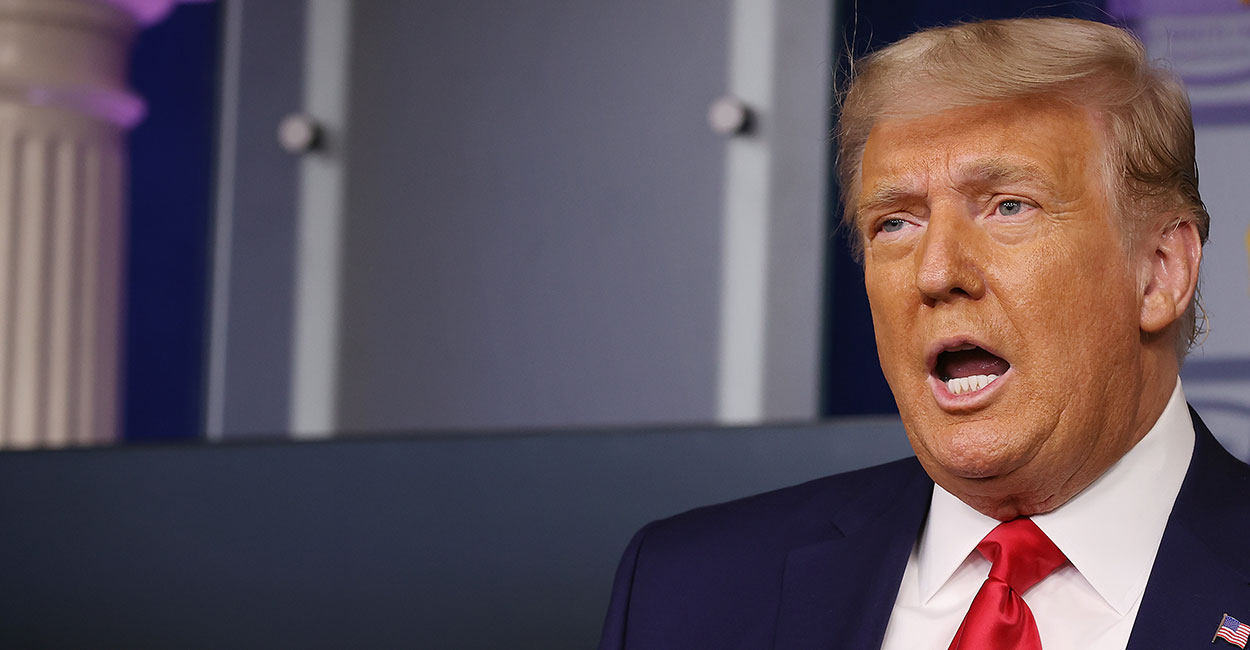 The head of a media watchdog organization says the media’s failure to cover eight stories may be the reason President Donald Trump lost the election.

“The media can talk all day long about Donald Trump and all day long about things that he’s doing wrong,” Brent Bozell, founder and president of the Media Research Center, said on a call Tuesday unveiling a poll the center commissioned, “Special Report: The Stealing of the Presidency, 2020.”

In whole, the survey found that 17% of people who cast their ballot for Biden “would have changed their vote if they had been aware of one or more of these important stories,” according to Noyes.

The Media Research Center commissioned the Polling Co. to survey 1,750 people who voted for Biden in seven swing states: Arizona, Georgia, Michigan, Nevada, North Carolina, Pennsylvania, and Wisconsin. Six of these states appear to have been won by Biden, with North Carolina being the exception.

The survey found that 82% of people who voted for Biden did not know of at least one of the eight stories.

For example, the survey found that 35.4% of people who voted for Biden did not know about the allegations from Tara Reade, who said Biden sexually assaulted her in the 1990s.

In a May statement, Biden said the allegations from Reade were false. “I want to address allegations by a former staffer that I engaged in misconduct 27 years ago,” Biden said. “They aren’t true. This never happened.”

If they had known about Tara Reade’s sexual assault allegations, 8.9% told us they would have changed their vote—either switching to Trump or a third-party candidate, not voting for any presidential candidate, or not voting at all. By itself, this would have flipped all six of the swing states won by Biden (Arizona, Georgia, Michigan, Nevada, Pennsylvania, and Wisconsin), giving the president a win with 311 Electoral College votes.

Noyes also noted that the lack of media reporting on the Trump administration’s success appears to have had an impact on voters.

“The five pre-election jobs reports from June 5 to October 2 showed a record 11,161,000 jobs were created in the extraordinary snapback from the pandemic recession,” Noyes wrote, adding:

Yet a large number of Biden voters (39.4%) said they didn’t know about this achievement. If they had, 5.4% said they would have changed their vote; this would have swung Arizona, Georgia, Nevada, Pennsylvania and Wisconsin to Trump, who would have won with 295 electoral votes.

Adam Brandon, president of FreedomWorks, a grassroots political organization, who joined Bozell on the call, said that the survey’s findings illustrate the media’s influence.

“It’s very clear the media was not objective in following this race,” Brandon said. “This was a complete failure of the fourth state at the national level. I believe their polling results alone should embarrass and embarrass them enough to start to relook at their model.”

Of people who voted for Biden, 45.1% said they did not know about the questioned business dealings of Hunter Biden, the son of Joe Biden, where the the New York Post alleged in a Oct. 14 piece that an email on what is believed to be the younger Biden’s laptop indicated Hunter Biden had introduced a Ukrainian business executive from Burisma to his dad. Hunter Biden served on the board of the Ukraine-based natural gas company.

One polling question read, “At the time you cast your vote for president, were you aware that evidence exists, including bank transactions the FBI is currently investigating, that directly links Joe Biden and his family to a corrupt financial arrangement between a Chinese company with connections to the Chinese Communist Party that was secretly intended to provide the Biden family with tens of millions of dollars in profits?”

Among respondents who voted for Biden, 45.1% said they were unaware of this.

During the final presidential debate in October, Biden defended his son, saying, “Nothing was unethical” about Hunter Biden’s position on the board of Burisma. “My son has not made money from China. The only guy who has made money from China was this guy,” Joe Biden said.

Of Biden voters, 9.4% said they wouldn’t have voted for Biden had they known, “flipping all six of the swing states he won to Trump, giving the president 311 electoral votes,” according to the Media Research Center.

“The scandal, I think, points to perhaps the largest scandal in history where the government is concerned where the allegation was that the vice president of the United States was, in fact, lining his pockets with shady business deals with Chinese communist companies,” Bozell said.

“The Biden laptop purportedly confirms all of that. So you would have thought that the same media that were going hog wild [during] the Kavanaugh hearings when there was no evidence of it would go crazy over this one.”