John Davidson: 1620 Project Gives Americans The U.S. History They Are Hungry For 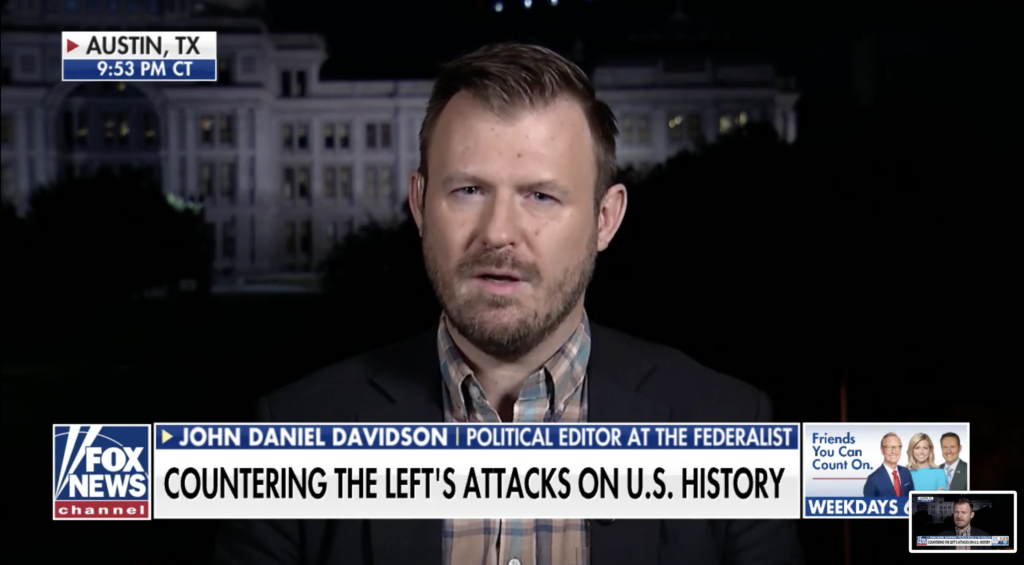 The Federalist Political Editor John Daniel Davidson says most Americans reject the premise that their country is “irredeemably racist and evil.”

The Federalist’s 1620 Project, Davidson said, was created to expand Americans’ understanding of the nation’s founding principles and combat the “historical revisionism” peddled by the left.

“The 1620 project seeks to understand and appreciate and deepen our knowledge of the first arrival of the pilgrims 400 years ago and to understand what they did with the Mayflower Compact and the experiment in self-government,” Davidson said. “It’s really important to do this at a time of radical historical revisionism that we see all across society from media to big tech to Hollywood.”

According to Davidson, the New York Times’s 1619 Project, which argues the United States was founded on slavery, is “self-refuting” and is losing its appeal with Americans, providing a bigger space for the 1620 Project to flourish.

“This whole way of looking at the world is actually fundamentally racist,” Davidson said. “That’s why you saw voters in California overwhelmingly reject affirmative action in their referendum there, something like 56, 57%, in cash in very deep blue California,” he added.

You can read more of The Federalist’s 1620 Project here.