Macron is Right: Europe Needs Its Own Collective Defense 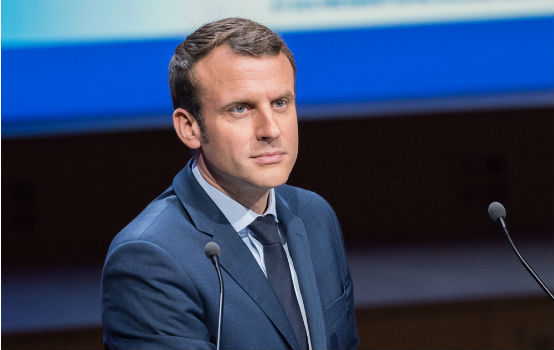 Ignore the Atlanticists in America: the French correctly sense that their continent can’t be dependent any longer.

French President Emmanuel Macron has caused another stir with his comment that Europe will need to exercise greater defense “sovereignty” no matter who occupies the White House in the future. Macron is correct, but he and other European leaders have expressed similar sentiments over the decades with little meaningful progress. It remains to be seen whether the latest call to action proves to be another false start or this time produces substantive changes that lead to Europe’s emergence as a credible, independent security player.

Macron’s statement does reflect an important realization that the transatlantic security relationship is experiencing severe strains, and that many of them transcend mere European dissatisfaction with Donald Trump’s more nationalistic “America First” foreign policy. Some of the strains have been building for many years and are the product of diverging strategic, economic, and political interests between the two continents.

Macron’s comment is a refreshing example of realism, but it’s also a minority sentiment within the hidebound transatlantic foreign policy establishment. The prevailing attitude seems to be that the impending exit of the boorish, “isolationist” Trump signals a return to a benign, enlightened status quo ante. It’s a view that assumes the transatlantic relationship was quite healthy before Trump’s presidency, and that robust cooperation will now resume.

This is hardly the first time that Macron has dissented from the belief that Europe should reflexively embrace the long-standing, U.S.-dominated security system implemented through NATO. In November 2019, he stated flatly that the venerable North Atlantic Alliance was “experiencing brain death.” Since 2017, Macron has been the principal lobbyist for bold European security initiatives, including the creation of an independent European Union military. In a speech to French ambassadors in late August 2018, he argued that Europe needed to take more responsibility for its own defense. In a subsequent speech to an EU gathering, Macron called for a “nearly automatic” mutual security guarantee within the European Union. Macron contended that Europe had relied far too long on the United States for protection. “Our aim is clearly for Europe to achieve strategic autonomy and reinforce defense solidarity,” he stated.

In adopting such positions, he’s carrying on a French tradition going back to Charles De Gaulle in the 1960s. De Gaulle was a constant thorn in the sides of Atlanticists in the United States, exhibiting little patience for their incessant happy talk about transatlantic security cooperation. He understood too well that such labels were a cover for U.S. hegemony and that NATO primarily served U.S., not European—and definitely not French—interests. De Gaulle infuriated American officials by building an independent French nuclear deterrent and pulling France out of NATO’s integrated military command.

Paris has led most efforts to wean Europe off of excessive security dependence on the United States. But such attempts have invariably faltered. The proposal for a European Defense Community (EDC) in the 1950s was the first of such abortive plans. Another serious proposal surfaced in the late 1990s, reflecting the growing belief that with the end of the Cold War, greater multipolarity in the international system was both inevitable and desirable.

The latter initiative took the form of the European Security and Defense Policy (ESDP), and once again French officials led the way. Texas A&M University Professor Christopher Layne notes that ESDP was “envisioned as the backbone of an independent European security policy, one developed by Europeans without U.S. input.” If that was not enough to unsettle U.S. leaders, Layne writes, “at their November 2000 meeting the EU’s defense ministers gave ESDP concrete expression by announcing plans to create a sixty-thousand-strong Rapid Reaction Force (RRF).”

Intense U.S. opposition to any “Europeans only” defense organization, combined with the temporary surge of transatlantic solidarity in response to the terrorist attacks on 9/11, torpedoed the ESDP. But as more recent proposals along similar lines demonstrate, the desire for an independent European defense capability has not gone away. Unfortunately neither has Washington’s hostility to any possible competitor to a U.S.-dominated NATO. European leaders need to demonstrate a more serious commitment to defense sovereignty, and American leaders need to recognize that while U.S. and European security interests overlap, they are no longer even close to being congruent. What happens in the Balkans, for example, may be of considerable importance to European Union members, but should matter little to America. Conversely, what takes place in Mexico or Central America matters to Washington but has little relevance to European countries.

Creating a strong European security organization to handle purely European contingencies makes sense for both sides. U.S. leaders should encourage European ambitions for an independent security capability, not blindly sabotage those ambitions. Such a new organization ought to take primary responsibility for the continent’s security affairs and for addressing problems on Europe’s periphery. NATO, if it continues to exist at all, should become a mechanism solely for addressing threats that pose a dire menace both to the United States and Europe. Macron is on the right policy track, as were his predecessors. This time, let’s hope he and other advocates of European defense sovereignty have the fortitude to follow through.

Ted Galen Carpenter, a senior fellow in security studies at the Cato Institute and a contributing editor at The American Conservative, is the author of 12 books and more than 850 articles on international affairs. His latest book is NATO: The Dangerous Dinosaur (2019).