No, The Pilgrims Didn’t Desecrate Native American Graves, And Other Myths You Shouldn’t Believe 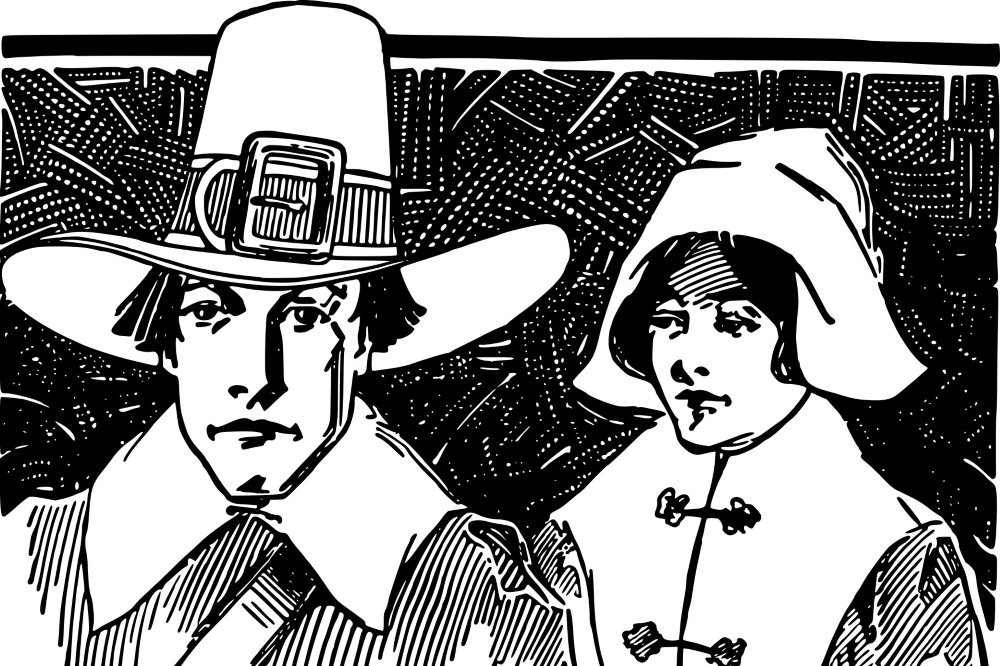 Four hundred years after the Pilgrims landed in Massachusetts in November 1620, this Thanksgiving promises to be the most isolated celebration in living memory. Thanks to the internet, however, virtual gatherings will be possible.

Thanksgiving in the age of the internet also means, for many amateur historians, debunking the many myths surrounding the story of the original Thanksgiving. This project of correcting the Thanksgiving legend has picked up steam in recent years. It is part of a more general trend of eagerness to set the historical record straight regarding anything related to the founding of the American colonies and of the later republic.

Such revisionist histories are nearly always written (or posted to the internet) with an agenda in mind. It is no different for Thanksgiving. The Pilgrims, in particular, have been especially susceptible to this sort of use. We see in them a mirror image of ourselves, or at least of our fellow countrymen.

Often regarded as the original settlers of what would become the United States (although they were neither the first explorers nor first settlers), the Pilgrims have been interpreted by later generations as the prototypes or forerunners of what the British colonies and American republic would become.

Once upon a time, the Pilgrims presented a positive, admirable role model, and people have often projected their own desired virtues onto the Pilgrims. More often today, the Pilgrims’ actions seem to portend the greatest evils of U.S. history. In such accounts, the side characters were really the chief agents or paragons of virtue, and the heroes you learned about in grade school were really the villains.

Complete objectivity may be an illusion, but the problem with overt agendas is that they rarely let the history speak for itself. To keep history from becoming nothing more than a political tool and reflection of our own desires — that is, if we will remain open to learning from history — the historian should at least aim for accurate description and unbiased analysis.

The writer who is perhaps most poised to write the objective history of Thanksgiving is Jeremy D. Bangs, the foremost authority on the Pilgrims and Plymouth Colony. Bangs is director of the Leiden American Pilgrim Museum (Leiden, The Netherlands, is where the Pilgrims spent a decade before leaving for the New World).

Bangs is also the former visiting curator of manuscripts for Pilgrim Hall Museum; chief curator of Plimoth Plantation; and curator of Leiden Pilgrim Documents Center. Having researched and published on the Pilgrims for more than four decades now, Bangs is a specialist in the English, Dutch, and North American contexts of the Pilgrims.

Bangs’s latest book, “New Light on the Old Colony,” collects some of his scholarly — although, at times, technical — essays on the Pilgrims and their colony. One of the recurring themes in this book is the examination and overturning of the many stereotypical assumptions about the Pilgrims.

The public might be surprised to find out, however, that many of those false stereotypes circulate on the internet under the guise of “correcting” false stereotypes. After surveying more than 200 websites that ostensibly “correct” the Pilgrim and Thanksgiving myths, Bangs finds that many of the attempted “corrections” are banal (for example, one site reveals that even the American Indians had thanksgiving celebrations before 1621!), misleading, or simply wrong. In short, they create new myths. So, especially in the book’s final chapter, Bangs does some myth-busting of his own, an exercise he has elsewhere called “Re-bunking the Pilgrims.”

In my own quick survey of only a few websites, I can confirm that many of these sites are simply not trustworthy. Some of the widespread inaccuracies on the internet (and in print) are not of great historical significance but are nevertheless key ingredients of the story.

For instance, it is usual to claim that, at the first Thanksgiving of 1621 (which took place over three days in September or early October), the Pilgrims did not eat turkey. The History Channel site says the menu “likely did not include turkey.” But it almost certainly did. We may add that the festivities were indeed religious in nature, the Pilgrims gave thanks to God, wore colored clothing but no buckled hats, and did self-designate as “Pilgrims,” among other terms.

Of more historical significance is the common claim that the Pilgrims were involved in the mistreatment or even slaughter of the Native Americans. One site calls it a myth that “the Pilgrims were friendly with neighboring tribes.” Again, the opposite is true.

Other sites allege that the Pilgrims robbed and desecrated American Indian graves. The fact is that, in their initial explorations, the Pilgrims uncovered sand mounds that unwittingly exposed the graves of both Native Americans and Europeans. Yet they then reburied them, and once they learned to recognize the graves, the Pilgrims avoided the sites. And no, they did not rob the graves of corn offerings but did later pay for the corn that they took from storage baskets during the first year.

Even more troubling are the frequent assertions or insinuations that the Pilgrims were directly involved in genocide, an accusation that has prompted a Thanksgiving Day protest, now in its 50th year, called the “National Day of Mourning.” Attention is turned primarily to the Pequot massacre of 1637, in which about 700 from the Pequot tribe were killed. It was part of the Pequot War of 1636–37, prosecuted by soldiers from Connecticut, Massachusetts Bay, and the Narragansett tribe. The truth is that it had absolutely nothing to do with the Pilgrims of Plymouth Colony.

One may argue that it doesn’t matter that the Pilgrims were respectful of and allied with the American Indian tribes and that they did not come to commit genocide, for later Europeans did commit atrocities and massacres. But if history actually matters, then these later cruelties and injustices should not be used to taint a holiday that, for the descendants of the English colonists and for the millions of us who have joined them since, is a time set aside for family, peace, and gratitude for the blessings of a Providence greater than ourselves.

These examples should be a sufficient reminder to beware of the genre of Thanksgiving myth-busting. Like other revisionist accounts, they are agenda-driven attempts to make us feel guilty for our American heritage. There is more than enough blame and guilt to go around without having to invent more of it.