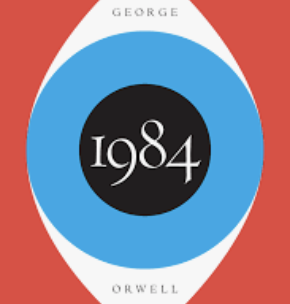 Scott has written this morning of Amazon’s erratic censorship of Alex Berenson’s contrarian work on COVID, as well as his own reviews, but this is just one instance of a leftist censoriousness and authoritarianism that is accelerating.

Let’s continue with COVID authoritarianism, with these headlines:

NYC Will Have Covid Checkpoints at Key Bridges and Crossings

New York City will have vehicle checkpoints at key bridges and crossings, and will strictly enforce the travel quarantine, Sheriff Joseph Fucito said. The sheriff’s office will conduct spot checks when out-of-state buses drop riders off at the curb. Test and tracing teams will be on the ground to direct individuals to testing sites and provide education on quarantine, Fucito said.

I can hear it now: “Your papers are not in order.”

This one is a little old, but likely coming back to any establishment not named “The French Laundry” that defies the new lockdown orders:

Meanwhile, business news out today that Random House may acquire Simon & Schuster, which would represent a massive consolidation of leading trade publishing. What effect might this have on the breadth of expression? Well, Jordan Peterson’s new book has caused a “cry-in” among the millennial staff at Random House:

The company held a town hall about the book Monday, during which executives defended the decision to publish Peterson while employees cited their concerns about platforming someone who is popular in far-right circles.

“He is an icon of hate speech and transphobia and the fact that he’s an icon of white supremacy, regardless of the content of his book, I’m not proud to work for a company that publishes him,” a junior employee who is a member of the LGBTQ community and who attended the town hall told VICE World News.

Suggestion: If you’re “not proud to work for a company” that publishes Peterson, maybe you should find another job? More:

Another employee said “people were crying in the meeting about how Jordan Peterson has affected their lives.” They said one co-worker discussed how Peterson had radicalized their father and another talked about how publishing the book will negatively affect their non-binary friend.

“The company since June has been doing all these anti-racist and allyship things and them publishing Peterson’s book completely goes against this. It just makes all of their previous efforts seem completely performative,” the employee added.

Over in academia today, the University of Maryland’s school of public policy aims to make “diversity” more uniform. Eugene Volokh is on the case:

The University of Maryland School of Public Policy is apparently about to require faculty members to add a statement to their syllabus. Here’s the cover e-mail, which I got from a source that appears to me reliable:

As you know from previous emails and communications, the School of Public Policy has committed to creating a syllabus statement with regard to Diversity, Inclusion and Belonging. The committee working on AR Action 6 has been developing this syllabus statement, which will be mandatory for all syllabi starting in Spring 2021.

We acknowledge that we are gathered on the stolen land of the Piscataway Conoy people and were founded upon the erasures and exploitation of many non-European peoples.

Of course, if anyone really believes this drivel about “stolen land,” there’s a simple remedy: Give the land back. How come no one ever suggests this? Because they know this is all non-serious virtue-signaling.